He’s A Nadoe to win the Kimberley Classic

A rare Snaith Racing Flamingo Park raid, in the form of He's A Nadoe and True Gift, will take place in Race 6, the Kimberley Classic (non-black-type) over 1600m at Flamingo Park today. 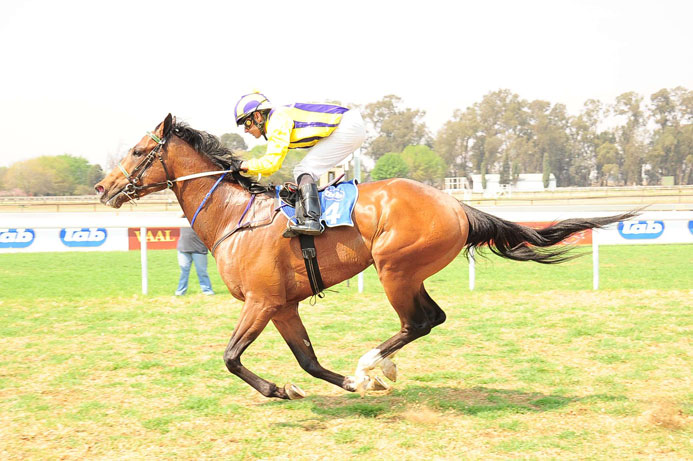 Although an easy winner of her latest, a maiden plate, True Gift is clearly not the stable choice as jockey Richard Fourie has been given the ride on He’s A Nadoe. He’s A Nadoe won his debut but has yet to regain the winning-thread, although he has run some decent races in defeat, particularly when third to Bonnard and runner-up to subsequent winner Dark Knight. Both those runs were on the Polytrack.

Blinkers seem to have brought out the best from this Stronghold-gelding as he was unluckily touched off by just a short-head by Dark Knight. His patrons obviously believe he has ability as the gelding competed in last month’s Recall East Cape Derby. He’s A Nadoe raced handily, only to tire badly late. This trip will suit and if there is to be an obstacle ahead of He’s A Nadoe it could be his wide draw in stall No 12.

Jaguar is battling to find the winner’s box but is holding his form well enough to earn him a shot at finishing in the placings in a race like this. Leading Flamingo Park rider Muzi Yeni gets the ride on him.

Trainer Corne Spies has done well in this race over the years and has the promising Campbell Black entered here. This Western Winter gelding has shown disappointing form after his gelding in December last year but is a danger if reproducing his best form.

Trainer Dorrie Sham has her yard in excellent form at the moment and both Princess Creo (best weighted) and Precious Priscilla (a runaway winner at this course the only time she has raced here) can prove dangerous but it may be noteworthy that stable jockey Gunter Wrogemann is carded to ride the maiden Captive Consort, who will need to improve to win this.

Tobe Heather may have needed her two runs and looks to be have trained for this race specifically so can be included in Trifectas and Quartets.