With the Grand National meeting at Aintree now out of the way, Flat racing can again take centre stage. 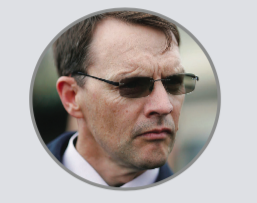 London – Kew Gardens can provide Aidan O’Brien with a first ever victory in the bet365 Feilden Stakes at Newmarket today.

With the Grand National meeting at Aintree now out of the way, Flat racing can again take centre stage and this Listed contest is the main attraction on the opening afternoon of the Craven meeting at Headquarters. Kew Gardens was not far off being top-class as a juvenile last season, running with credit behind esteemed stable companions Nelson and Saxon Warrior on a couple of occasions.

The Galileo colt enjoyed his day in the sun when winning the Zetland Stakes at this track in October and while O’Brien’s runners invariably improve for their first outing of the campaign, Kew Gardens would not be making the trip unless he was ready enough to do himself justice.

Purser is very difficult to oppose in the British EBF bet365 Conditions Stakes. John Gosden’s charge was favourite for the Autumn Stakes in October, following a demolition job at Lingfield on his previous start, and while he came up short, he was far from disgraced in finishing third.

He blew the cobwebs away with a decent effort behind Kentucky Derby contender Gronkowski on the all-weather at Newcastle on Good Friday and although he must concede weight all round for his latest assignment, he should be up to the task.

History Writer is of interest in the second division in the Alex Scott Maiden Stakes. The son of Canford Cli s shaped with immense promise on his racecourse introduction at Sandown last September, faring the best of the newcomers in finishing third. The form was subsequently boosted by Emaraaty, who won next time before going on to contest the Dewhurst. History Writer has not been seen since that initial effort and clearly his fitness has to be taken on trust. However, his 2000 Guineas engagement suggests he is held in high regard and he will have to be winning this, and winning well, if he is going to be a realistic contender for the season’s opening Classic early next month.

Veteran sprinter Move in Time gets the nod in the concluding Quy Mill Hotel & Spar Handicap. It is over three years since the 10-year-old claimed Group 1 grory in the Prix de l’Abbaye and he is clearly not the force of old. That said, his mark has fallen accordingly and his close-up third on his rst start of 2018 at Newcastle last month suggested he is not done with just yet. That was his second start since joining Paul Midgley’s yard and it could be that the change of scenery has given him a new lease of life. – Press Association