Highveld Force is with Seattle

With not much pace in the race jockey Diego de Gouveia should be able to dictate and that will play right into his hands. 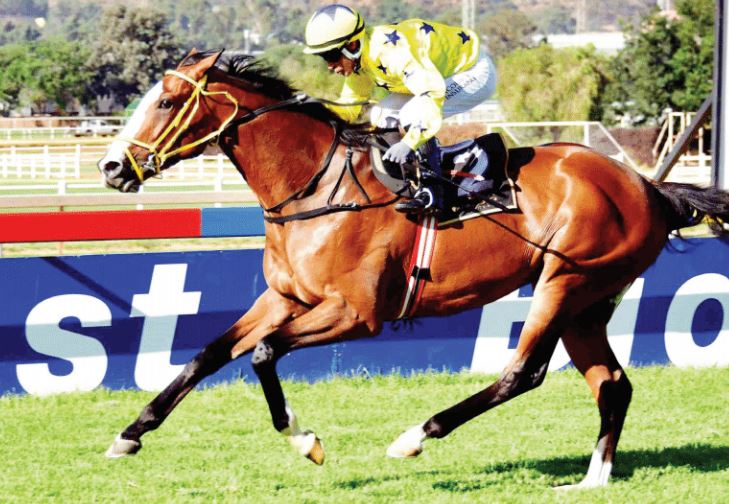 UNBEATEN. Sea le Force has won all four of his races on the Turff ontein Inside track and can extend that re- cord to fi ve in Race 4 tomorrow. Picture: JC Photographics

Before Sea le Force moved to the Highveld, he was a struggling one- time winner in the Western Cape.

He obviously showed enough to be running in some features, but he proved no match for the likes of One World and Twist Of Fate.

His first race in Joburg was in the Listed Derby Trial over 2000m on the Turffontein Standside track and, racing off a lowly 79 merit rating, this son of Mambo In Seattle finished fourth, beaten one length by Gift For The Gap.

Then new trainer Stuart Pettigrew introduced him to the Inside track at Turffontein and it was love at first sight.

Racing over 2600m he got a big lead in the straight to win by 2.30 lengths. In his next start, he reversed the form with Gift For The Gap with a 2.75-length victory over 2000m. Seattle Force has since gone on to win three more races, all of them on the Inside track where he remains unbeaten.

He looks all set to increase that streak to five when he lines up for Race 4 tomorrow, a MR 112 Handicap over 1800m. He looks well weighted with 58kg to carry and is nicely drawn at No 2, although only six horses are carded to go to post.

With not much pace in the race jockey Diego de Gouveia should be able to dictate and that will play right into his hands. Marco van Rensburg has been riding Seattle Force in his last four starts but he will be in Cape Town for the Sun Met meeting.

However, when Seattle Force first came to Joburg, De Gouveia rode him four times for three wins and a third behind class stayer Horace. Any of his five opponents looks capable of following him home.

Perhaps best of these could be Master Magic, who will be ridden by Nooresh Juglall. He has not been too far off the winner in his last four races and has placed in three of his four races over the course and distance.

Mike de Kock has recently picked up Duke Of Spin and after winning his first run for the stable, beating Captain Flynt by a head, he was a touch disappointing when he could only manage a 4.25-length third behind Youcanthurrylove.

In fairness, though, the winner is highly regarded by the yard and Duke Of Spin had to give him 6kg. Apprentice Luke Ferraris takes the ride. All of the other three, Divine Odyssey, Hero’s Honour and Lake Kinneret, have chances to run into Quartet positions.

A gelded Marshall returns to racing in Race 7 and Mike de Kock is hoping his charge will run well in this MR 94 Handicap for three- olds over 1450m.

He is drawn No 1 and Randall Simons up. “I’m not sure how strong the field is but we have done as much work at home as we can with him. He did need gelding but he also pulled up lame in the Dingaans,” said De Kock