Saturday’s Met will be a very different event to what we have become used to over the years at Cape Town’s most prestigious race meeting.

There will be plenty of action at Fairview Turf on Friday. Picture: iStock

In 2020, One World was cheered to victory by a big crowd in full party mode. In 2021, the Kenilworth grandstands will be empty; there’ll be no festive hospitality marquees full of fashionistas; just a few echoing yells from a handful of essential stable staff allowed in to conduct proceedings for the television-watching fans huddled at home.

12 months ago, few people had heard of Covid-19. Lockdown? This week we’re well into our second set of harsh social restrictions since the virus swept the globe, creating “One World” of anxious people. Now, no spectators are allowed at sports events; there’s no booze, no handshakes, no smiles readily seen.

The Sun hotel group’s prized sponsorship of the Met, which succeeded J&B’s long-standing backing, has vanished. The race purse is down to R1 million from a high of R5 million.

However, the venerable event will be staged for the 138th time and, for that, racing folk are hugely grateful.

What’s more, the sport itself promises to be as good as ever. After all, a punt’s a punt, as they say in the game of kings and paupers.

Notable on the betting front is a Pick 6 pool that might scale R15 million – quite a feat for a depressed economy and battered public.

The TAB’s marketing people can exaggerate their predictions at times, but the starting point of a R5 million carryover and the participation on Met day of most of South Africa’s equine stars could see that magic R15 million materialise. If not, it’ll still be a big number and demanding of an enthusiastic gamble.

The first step in catching a big Pick 6 is finding a banker, of course, and that’s seldom an easy task on a major race day with so many participants going all out for a slice of history and glamour.

The main race is not one to be taking chances with, the quality of the 11-strong field being too high for hopeful stabs. Indeed, smart players will be including as many horses as their funds will allow. Belgarion, as a 22-10 favourite, might seem like a banker possibility, but it’s risky and there are better candidates elsewhere on the card. (Unusually, the Cape Town Met presented by Cape Racing – the grand old dame’s latest title as a benighted industry searches for new sponsors – is the final leg of the Pick 6, Race 9).

Come Saturday, the latter might be the popular choice following a commanding win in the Cape Fillies Guineas over the course and distance seven weeks ago.

The other big punting temptation on the day is a likely R5 million Quartet Maxipool on the Met itself – ignited by a R2 million carryover.

With just 11 combatants and the favourites generally running to their ratings in recent outings, it shouldn’t be overly difficult to snare a small share of this pot.

A humble suggestion: try not to leave out of permutations any of the three female runners. Queen Supreme has been rapidly shortening in the betting, while Princess Calla has the sort of weight advantage that could catch out the boys, and Running Brave’s relentless gallop has the potential to disrupt the best-made race-pace plans.

Another Public Protector report in the bin: Court victory for horse racing industry
3 weeks ago
3 weeks ago 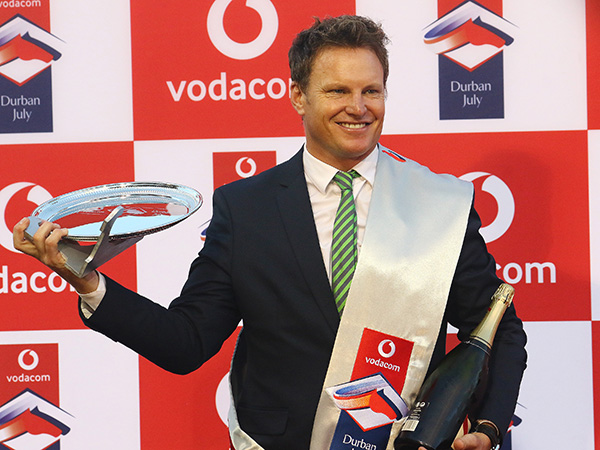 Another Public Protector report in the bin: Court victory for horse racing industry
3 weeks ago
3 weeks ago