Raiders from Gauteng are always to be respected at Flamingo Park and Eusebius, from the Paul Peter yard, looks hard to oppose in the first leg of today’s BiPot, Race 2, a MR 78 Handicap over 1000m. 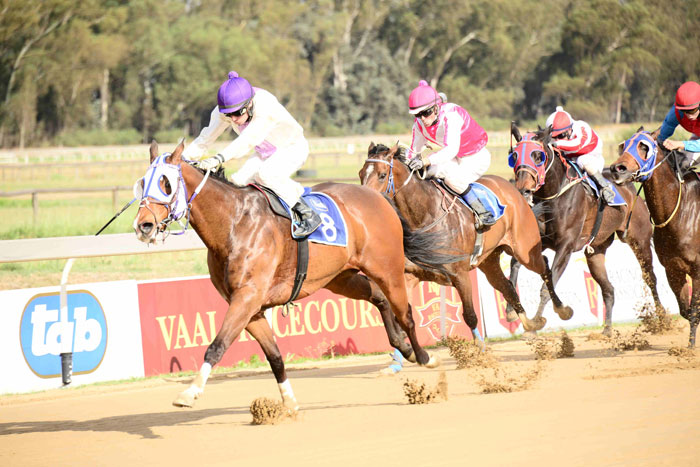 GAUTENG RAIDER. Trainer Paul Peter takes Eusebius to Flamingo park today and that could be the horse to beat in Race 2 today. Picture: Supplied

Eusebius ran above all his previous form when sixth to Tiger Territory in a feature on the Vaal Sand earlier this month. The Carpocrates gelding was only beaten 4.25 lengths that day.

It will be Eusebius’ first taste of the Flamingo Park track but he will be ridden by Gunter Wrogemann, who was aboard him when he was fourth to Tiger Territory, beaten by nine lengths, earlier in the season.

Opposing him will be improving sorts in the form of Whats The Turnover and Atso Fields, but it is hard to imagine that if Eusebius runs to his best form they will prove dangerous.

Whats The Turnover has thrived in the care of trainer Sarel von Willing Smit. The four-year-old has won twice in three outings for the yard. Both wins were over the course and distance.

Between the two wins, though, he finished 4.25 lengths behind Atso Fields. However, he is clearly better than that run would suggest.

Atso Fields loves this track and trip. He has won on his last three outings, albeit once having to fly up late to share with He Rocks (who runs in this).

Taso The Sailor and Zenith are two others that could earn money as they have bits and pieces of fair form.