Visiting trainer Dean Kannemeyer started off on a good note winning some early races and the other visiting Cape trainers have also not taken long to hit their straps and they look the ones to keep an eye on at Scottsville today. 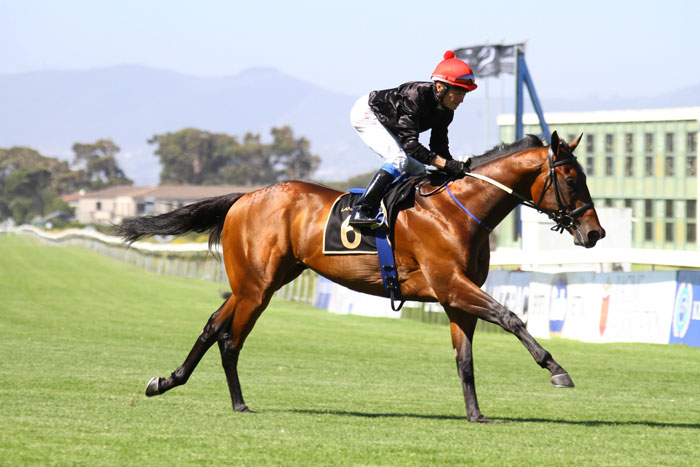 De Kock will be having his first run since December when he lines up in Race 6 at Scottsville today.

Trainer Brett Crawford is probably in the best form of all and his win with Alexis in the Grade 1 Fillies Guineas did not go unnoticed.

His charge, the four-year-old De Kock, is on a comeback mission after disappointing in three feature sprints late last year. This Dynasty gelding is better over this longer trip and can bounce back to winning form In Race 6, a MR 98 Divided Handicap over 1600m.

French Revolution clearly needed his last start and is still looking for further than this 1600m trip so may again be doing his best work too late to win.

Balance Sheet has yet to regain the gloss of his two-year-old form but he cannot be dismissed lightly as he does have the ability to win a race or two more.

De Kock is classy and distance suited but gives a lot of weight away and this run could bring him on for other, bigger, races.

Vampirella and Tide Is Turning fought out an exciting finish last month and they should be doing the same again in Race 1 and as Vampirella was still very green in the running she may confirm the result despite the weight adjustment.

Saratoga Dancer in Race 5 may still prove better than his current rating and despite a poor draw of 13, could follow up his good last win.

Some decent improving younger horses contest Race 9 and Highway Explorer should go close to winning but he faces dangers in the form of Space Launch and Azincourt.