Masterly is in top form

Since joining the yard of trainer Justin Snaith the five-year-old Masterly has improved in every start and has won his last three starts.

Masterly should prove hard to beat in Race 6, a MR Divided Handicap over 1900m on the Fairview Polytrack today.

This Jet Master gelding was full of running when winning over 2000m at this course in June and then again twice in July. With regular rider Richard Fourie now in Hong Kong, jockey Andrew Fortune has been entrusted with the ride.

Masterly does not need a hard ride which should play into the strengths of Fortune. It has been some time since Political Playboy won a race but the Glen Kotzen yard do well in the Eastern Cape and is in good form.

Principled has modest recent form and gets a drop in rating to help him so it will not be a huge surprise if he earns a stake cheque. King Of Indians is another who is not at his best at the moment but could appreciate the longer trip than what he has recently been running over.

Taarish and Bolt Of Light will need to improve on their recent form to win but will be competitive for the minor honours.

One runner who is well weighted is King Of The Castle. This Rebel King gelding was allowed to make all the running twice earlier this year and is 7.5kg better off and beat Masterly by four lengths in May.

That huge weight swing comes courtesy of the 22 points Masterly has picked up for his last three wins. 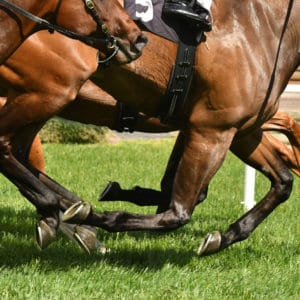