Way Clear of the pack

Awkward maidens and lowly handicaps populated by chronic losers comprise the majority of races at today’s Fairview Polytrack meeting. Race 2, however, a MR 92 Handicap over 2000m, has attracted some proven winners in a good contest. 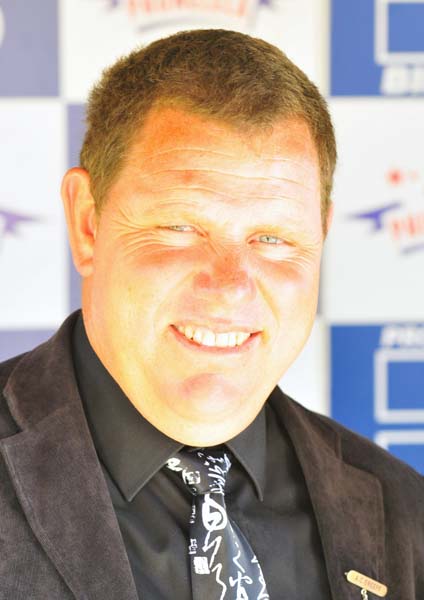 Way Clear has compiled a smart record of six wins from 23 starts, having competed at a higher level than this grade. He is now set top weight, which obviously makes his task more demanding, but he has carried such burdens to victory before. His style of racing handy and then kicking on, seems optimal for this circuit. The four-year-old Ashaawes gelding will be given every chance of repeating his good last win by the highly professional Alan Greeff, Greg Cheyne combination.

At least half of the eight-runner field have reasonable credentials and would not be winning out of turn. Zezinho Campeo is a game front runner. Last time Way Clear swept past him, but when in prime physical shape, the tough Hard Buck gelding can fight off all challengers.

Spellcaster is a versatile, if erratic, performer with about the same chance as Zezinho Campeo based on their meeting in November. The Grant Paddock-trained Jet Master gelding knows how to win and is striving for a ninth victory from 53 starts. He has also shown an affinity for the Polytrack so rates a big danger.

Another who enjoys this forgiving surface is Silverano. The Gavin Smith-trained runner would appreciate a brisk pace and should be staying on in the closing stages.

The heavily raced Jupiter Symphony has finished behind Silverano, Spellcaster and Zezinho Campeo in similar races.  Way Clear’s also strode past him in his mid December win, but the weight turnaround favours the Mitch Wiese runner, so he perhaps should not be discarded.

The three remaining entries seem less likely to trouble the judge. Solo Flight is a stayer who has failed to raise a gallop in recent starts, while Speck Of Light moves sharply up the class ladder with only a modest MR 72 win to his credit.

Perhaps the aging White House should be given some recognition as a seven-time winner who handles the Polytrack. He won well here in November at the MR 78 level, but whenever he has stepped up to this grade recently has found it far harder.