We could witness another nail-biting finish between the two riders on Friday at Fairview when they square up in Race 6. 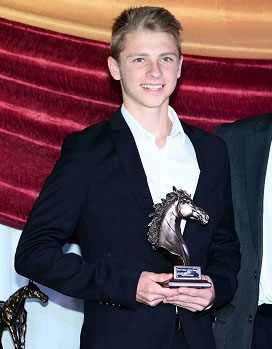 Although Callan Murray and Lyle Hewitson are good friends off the race track, it’s clear the two have built up a great rivalry, much like that of Mark Khan and Piere Strydom in the past.

We could witness another nail-biting finish between the two riders on Friday at Fairview when they square up in Race 6, the East Cape Guineas over 1600m on the Turf.

Yvette Bremner and Lyle Hewitson have had a vice-like grip on the racing scene in Port Elizabeth of late and should be in contention of capturing the winner’s cheque with Gimme The Stars. This three-year-old gelding is in pursuit of a fourth straight victory. His record is impressive – 10 runs for four wins and five places.

He is the best handicapped runner in the race and on paper rates the one they all have to beat. A son of Gimmethegreenlight, he shoulders level weights with the field at 60kg and will jump from a decent No 6 draw which should only increase his chances. He loves the 1600m trip and on his last run holds a number of runners on form.

He has beaten all of Green Lantern, Story Of My Life, Bollemakiesie and a few others.

Murray rides Off The Bit, who although stepping up in class, could provide some value. A son of Right Approach, he has maintained a 100% strike rate since sporting blinkers. This Alan Greeff-trained colt seems to have found his niche in races over 1600m so warrants respect.

Off The Bit is on the upgrade, well drawn in stall No 5 and should be given every chance of scoring a hat-trick of wins should Hewitson’s mount fluff his lines.

Two Cape Town-based runners who could be dangerous are Jabu and Rinjani. At their best they are more than capable of claiming a victory.