Al Danza looks to be a Pick 6 banker at Turffontein. 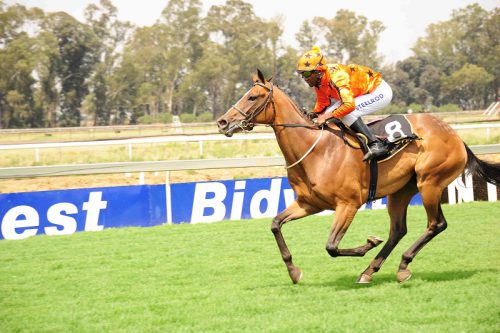 BANKER. Al Danza is the best handicapped runner in Race 7 at Turffontein today and should be a banker in all bets.

As jockeys we often fall foul of the stipendiary stewards.

As a professional you try everything you can to win a race and sometimes you do bend the rules a little. But there is a fine line between breaking the rules and bending them. One also has to take into account that many horses have minds of their own and can be very difficult to control if they are poorly behaved.

Of course, some of these incidents can cause interference and often the stipes have to intervene or take action via an objection.

When discussing this topic, I think it is important to differentiate between interference where the jockey is found guilty of breaking the rules and interference which plays a part in the outcome of the race. For example, jockeys are expected to keep our horses as straight as possible, not to cause interference nor intimidate another runner. Sometimes, despite the jockey’s best efforts the horse will break the rules on his own accord.

Punters get confused about how objections work out. The key is to separate the actions of the jockey and the horse. What the stipes have to decide is whether the interference was serious enough to stop the objecting horse from winning the race. That is why the distance by which a horse wins plays a major factor.

At the end of the day the stipes are also human and have to make the decision as a panel. It is not an easy task but a good stipe with experience told me the question to answer is that if you take away the interference would that have changed the result – not maybe but definitely!

We have to set the ground rules first. In France the rule is punitive so if you cause interference you are automatically disqualified. In South Africa we use the same rule applied in the UK and USA.

Either way, if you’ve lost your money you’re not going to be happy, but it is easier to accept if the stipes are consistent.

Saturday we are racing on the Inside track at Turffontein and after the rain we’ve had, some horses with soundness issues will thrive.

Race 1 is a Juvenile Plate and my first choice is Rumbavar. She has the strongest form, she’s got draw No 2 and the fact she raced handily on the Standside track this course could be more in her favour.

Desert Rhythm is drawn No 1 and the distance could be in her favour but she tends to lack early speed and the short straight will be against her and that should also help Ribovar.

Race 2 is a Maiden Plate and unfortunately I was unable to get the ride on Soldat. Last time he stumbled coming out the stalls from a shocking draw which did not help his chances and that could make him a hard horse to beat. He could be a possible BiPot banker but if you want to add another horse Island View could be a possibility.

In Race 3 you have a Place Accumulator banker in Frikkie. He has the strongest form and his only danger looks to be Fortune Fella. If you feel Frikkie is not banker then he is the horse to add in.

Race 4 is the first leg of the Pick 6 but for the PA consider Al Hamd and Ali Bon Dubai. However, as this is quite a difficult race, for the Pick 6 you need to add a few others, including Advance To Go and Houston Rocket.

I ride Houston Rocket who ran an average race last time but I’m hoping for some improvement.

Race 5 is a Handicap over 1000m and many runners have chances. My main preferences are for Approval Mode, Shwanky, Mission Control, Flag Of France and Minnesota. Pick as many of those for the PA as you like and for the Pick 6 go for those and add as many others as you can afford.

I ride Shwanky who finished second last time. The field was not that strong and I’m just hoping she runs in the money. In fact, on a line through Clever Guy, she is held by Approval Mode, which makes that runner a good value bet.

Race 6 is a Plate race which should favour the best handicapped runner, and in this race that is Ribovar. If he runs to his best form he would probably win this race but he is coming off a 70-day break, has a bad draw and has shown a tendency not to jump, which means he will be coming from the back of the field.

It might be wise to include Life Is Good and Econium Love in the PA.

I ride Aussie Austin and we are trying to see if he will stay the distance.

There are some other horses who are out at the weights and shouldn’t have a chance on merit ratings but they are lightly weighted and could run better than their ratings suggest.

Race 7 is another Plate race and here Al Danza has the highest rating. The danger is State Star who won her only start. She has only beaten a maiden field while Al Danza has competed in feature-race company. The step up to stronger divisions might prove too difficult for now and therefore Al Danza is my banker.

Race 8 is a fillies’ handicap and there is possibly another banker in Bajan Fantasy. She has the strongest form but unfortunately she has had some soundness issues. Fortunately, with the rain we’ve had, the conditions will be in her favour.

Her dangers are The Smell Of Rain and Shatoosh. The unknown is Oh My Darling who only beat a weak field of maidens but that was her second start and she could improve,

Race 9 is another difficult fillies’ handicap and my first selection is Movie Award. I tried to get the ride but didn’t. She will enjoy the softer track and as she has run against stronger company this is an ideal race for her.

Her dangers should be Angelic Appeal and Sun Sentinel. Those should be good enough for the PA but for the Pick 6 include as many as you can afford.

I ride Leopard Lily who was well beaten last time and in six runs at this course she has not placed so we appear to have work to do.