We are now coming to the part of the season where the better quality horses are starting to race. A horse cannot keep going month after month and with the hard going during the winter the quality horses are protected a little more as they have bigger goals to achieve. That leaves most of us in the dark as to their fitness so it’s not easy for any punter or tipster to select some of these horses as only the trainer would know the state of their horses.

In fact, even I or a jockey’s agent sometime get caught in a difficult situation as you know you have to pick between a racing-fit horse or one coming off a rest who is not 100% racing fit but you know in the future the horse could go on to do bigger things.

That makes it a bit of a juggling act because you are trying to keep your trainer happy by giving your services and then get some loyalty in return.

Bookmakers tend to price up jockeys and trainers rather than horses so I often find myself in a precarious position. Last week I rode Heart Of A Lion. We were priced up second favourite but in this article I explained the horse was badly out at the weights and I stated during an interview on the day that I was not the stable jockey and I didn’t have a choice of rides. The result is that I ran fourth and the better quality horse in the stable, No Worries, won the race and you could have had a good price about a winner if one had been astute.

Be careful about being lured in by the betting the bookies price up.

We are in this situation at today’s Turffontein meeting on the inside track where we have a number of runners coming back from layoffs who are preparing for bigger races this season.

Race 1 is a maiden fillies’ race in which a number of runners have chances, especially the favourite, Wild Dancer. She currently has the strongest form but has quite a bad draw. For that reason I think you could start off the meeting by finding value with Winter Love.

She has only raced twice and came from quite far back last time because of a poor draw. She now goes further and with the benefit of No 4 draw I make her the horse to beat.

In Race 2 I ride Dakiwe. He battled for speed last time and got going very late. I suspect that although he will enjoy the extra distance, a short run-in and a bad draw will work against him. I’m hoping he runs quite well as he should win in the near future.

I would think two horses should fight this out – Victorious Royal and Respectable Ruler. Both have shocking draws but they have early speed so they might be able to get away with it. Race 3 looks quite difficult because there are some unraced horses. I think one may need to include a couple of horses in the Place Accumulator and I would start with Winter Approval and C’est Chique, although she is poorly drawn.

Voluptious Lady has a chance and jumps from No1 draw and I could see an unraced horse winning this. There has been money for Drifting Dusk and she could be the best of the first timers.

Choose any three of the four for the PA.

Race 4 does not look too strong and that is why very good looking Gasoline looks a hard horse to beat. He lost ground at the start last time so with experience and a good draw he is a PA banker and possibly even a Pick 6 banker.

If you want to go wider you could include my ride, Groovy News. I do not know much about him as he comes from KZN and he has a bad draw but his form suggests on his first run he could be involved in the finish.

In Race 5 we have two horses with good form coming off rests so we have to take their fitness on trust. I would think Trip To Heaven would be a PA banker as he proved in his only start he has ability and he has the benefit of a good draw.

For the Pick 6 include my ride, Sovereign Reign, even though I do not know too much about the horse. His only run was a strong form run and the manner in which he was supported in the betting indicates he shows some ability.

Race 6 is not a handicap so your best-weighted runners should fight it out and the horse with both fitness and the best form is Flame Cat. I won on her last time but felt 1200m would be more in her favour. That’s why I make her a PA banker.

As these are young three-year-old fillies with varying scope for improvement you might have to include a couple more for the Pick 6. Those would be Green Crest, Silver Class, Pennington Sands, Middle Earth and Fire Dancing. As some are coming off rests their fitness once again is dubious.

Race 7 is another plate race so your best-weighted runners should have the edge. But they are three-year-old colts who could improve rapidly and as most of them are coming off rests their fitness is questionable

For the PA I would go with Amazing Strike, Belong To Me and Pioneer Spirit. If those are not enough for your Pick 6 consider Kiss Me Hardy, Astro and Iwo Jima.

Race 8 is another plate race and I will stick with the best handicapped horses who are Sharp Design and De Var Hyt. Sharp Design is coming off a rest and the other has not raced that well on the inside track but has always been badly drawn. If those two aren’t good enough for the Pick 6 you could consider the field.

I ride Shadow Ofhis Smile. He is badly handicapped but he is drawn No 1 and I suggested they should try the shorter distance and I’m hoping that could do the trick.

Race 9 is another fixed-weight race and in this case Banbury is way ahead of the rest on handicap terms. If we take her fitness on trust she could be the banker in the PA and Pick 6. For me, Banbury could be the best bet on the card.

If you feel the need to include others then Ataab needs to be considered. Another who could play a part in the finish is Smart Call, who won easily last time but against weaker company. You could also consider my ride, Siren Call, but she struggled for early pace last time and she would be better on the more testing standside track.

Race 10 looks the most difficult on the card but I will lean towards The Big Easy. Both of his runs have been on the sand but he is quite a nice individual and he could easily win in this company.

Also consider Epic Tale. He has run against much better in the past and comes off a bad draw last time. He is also available at a good price. Dante’s Legacy is another danger as he has also campaigned against top company and he could be decent.

I’m riding Bah. He seems held on form and I’m not sure he will enjoy this track. I’m hoping to be surprised. 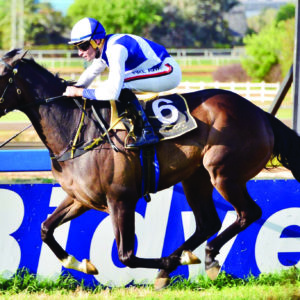