Woodruff to bowl a Yorker

Cherry On The Top will have to improve a couple of lengths to win. 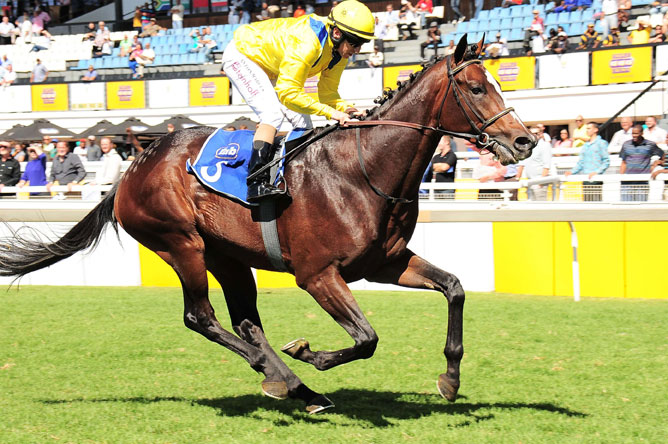 FORM. Yorker has been gelded and is well weighted.

This year’s Peermont Emperors Palace Charity has some of the best horses around competing over 1600m for top honours. The problem is that a lot of them are having first runs after a rest, some will be having their second and others are spot on.

As the race is a merit-rated handicap it is hard enough to pick a winner but this makes it even more difficult.

I ride Cherry On The Top. She is drawn No 2 but will be having her second run after layoff and is badly in at the weights. She will have to improve a couple of lengths on that run and for my part I would have to know that others haven’t improved. My best hope at this stage is for her to run a Place.

Obviously the two horses to beat are Whiteline Fever and Wylie Hall. The other horses you have to consider are War Horse, Glorious Jet and Yorker. War Horse missed a run last time because a nail went into his foot. Glorious Jet is well handicapped and Yorker is well weighted and has just been gelded. On best form he has to be a huge runner.

My selection is for Yorker to win from Whiteline Fever, Wylie Hall and War Horse. I feel if Tiger’s Retreat gets into the final field he has to have a big chance as he is weighted to beat Wyle Hall on their last run. For the Place Accumulator I am going with Wyle Hall, Whiteline Fever and Yorker. If Tiger’s Retreat runs add him in as a fourth selection otherwise go with War Horse. For the Pick 6 put in all of those and as many others as your pocket can afford in what is a tricky race.

I ride One Man’s Dream in Race 1. He must have a winning chance but is coming off a rest and this is quite a strong maiden plate as we are racing for huge stakes. The horses to beat are Sonny Bill, The Pieman and JP’s Prince but there are some nice unraced horses and it is difficult to be confident on anything.

Race 2 I’m riding St Martin. I didn’t phone for this ride but as it is a big stake I’m hoping to surprise and somehow earn a cheque. The horse we all have to beat is Akii Bua but unfortunately for Anthony Delpech and Mike de Kock the meeting has not been kind to them as far as draws are concerned and it is hard to say whether Akii Bua can win from draw No 19. Lesley Strong looks the danger but he also has a shocking draw.

Waikato is drawn No 1 and could improve from a decent first outing. He is at 20-1 and it could be worth playing around him for Swingers, Trifectas and Quartets.

The first leg of the PA is competitive and most of the field has a chance. So for that reason one should put a couple of horses in. I’m going to lean towards Mystic Tigress, Undercover Cat – who could improve – and Close The Gap, who looks the runner most likely to improve.

I’m riding Negev in Race 4. If you go on merit rating she looks the horse to beat but I’m not convinced she is running up to that rating – and it’s little short for her. I’m going to favour Chekilli, who won an amazing race last time taking on one of the best three-year-olds in the country and beating him convincingly.

We will banker him in the PA but for the Pick 6 I’m going to include River Trip. He is not handicapped to have a chance but he’s a quality horse and now that his breathing problems have been sorted out looks quite useful.

The horse to beat in Race 5 is Mercurial Brave but he also has a bad draw and is coming off a rest. For the PA I’m going to include him but will cover with Captain Haddock and Right To Tango. Captain Haddock is quite a keen horse and from draw No 1 it could be used to his advantage. Right To Tango is probably the fittest horse and could be running on at the end.

Aerofoil and Eugenes are scratched and for the Pick 6 I would leave out Rheims and Great Kali but the rest need to go in.

I ride Judicial in Race 6. He was slowly away last time, 1400m could be on the short side and he is not weighted to have any sort of a chance but ‘m hoping he will at least run a place. The horse we all have to beat is Umgiyo. He has a shocking draw to overcome, which over this 1400m is vital. He could be running on strongly.

De Kock also saddles Duly Ordained who has some sort of a draw. Arcetri Pink is my third horse. She tends to pull which is not in her favour. For that reason I will add Mount Hillaby who is drawn No 1, into the Place Accumulator.

There are quite a couple of others with good form but they are drawn badly. Winter Star is highest rated runner but I am not convinced she stays 1400m. Maybe, if ridden more quietly, she could win and needs to go into the Pick 6. Also put in Judicial, Manievic, Winter Star, Celtic Legend and Artic Route.

In Race 8 I ride Virgo’s Babe. She has soundness issues which she hopefully has overcome. I’m not sure she will stay 1400m but the blinkers are off and we hope she will run a good race. She is held by Copiapo but once again the De Kock runner has a shocking draw to overcome. The other horse with the best form is Athena but she also has a lousy draw. I will include them both in the PA as well as Captain’s Delight because she has a good draw.

For the Pick 6 add in Saint Angelique, Jenny Green and Glenshee. Jenny Green might be closer up over this trip and get going quicker than she does over 1200m. Glenshee ran a good race on the sand and also has a good draw.

In Race 9 I ride Heart Of A Lion. He’s quite a nice horse, has a good draw I just wish the race was a little further, especially if we go on his last run. I’m going to include him in the PA but back him up with Shadow Ofhis Smile, who won so impressively last time and is drawn No 1. He has a lot of scope for improvement.

For the Pick 6 consider Willow Magic who is the best handicapped runner, Bouclette Top who I was quite impressed with last time, and the horse who finished just behind us last time, Whistle Stop.

In Race 10 I ride Sharp Design. He did win last time out but with the weight turnover he should be beaten by De Var Hyt, who is the horse they all have to beat. He didn’t jump out on terms after playing up at the start, came out sideways and my foot came out of the irons. He is 5.5kg better off with Sharp Design. Another runner who had a lot of excuses last time is Be Assured.

Also better off at the weights is Crown Gold while Jade Bay – who has beaten Sharp Design before and is 1.5kg better off – must also be considered.

For the second Jackpot I would consider the field. The form is close and a lot of these runners play up in the starting stalls. Over 1000m if you miss the break you could be out of the race.

In Race 11 I would consider banking on Counter Ridge in the Jackpot. She holds Jackodore and last time, whether it was the apprentice’s intentions or the stable instructions, she came from too far behind. She should make up for it this time.

I ride Summertime in the last leg. She has a shocking draw and I’m engaged to ride her again at the Vaal on Tuesday. She will struggle from that draw. My first pick is Danish Zealot. The others to consider are Africa’s Splendour, Candlelight Queen and Mistaken Identity.