All aboard the taxi adventure

Every morning, battered, screeching metallic sounds set the tone for the rest of the day for most South Africans. Worn seats and doors that require a specialised jig to open and close are the norm in Africa's leading economy. 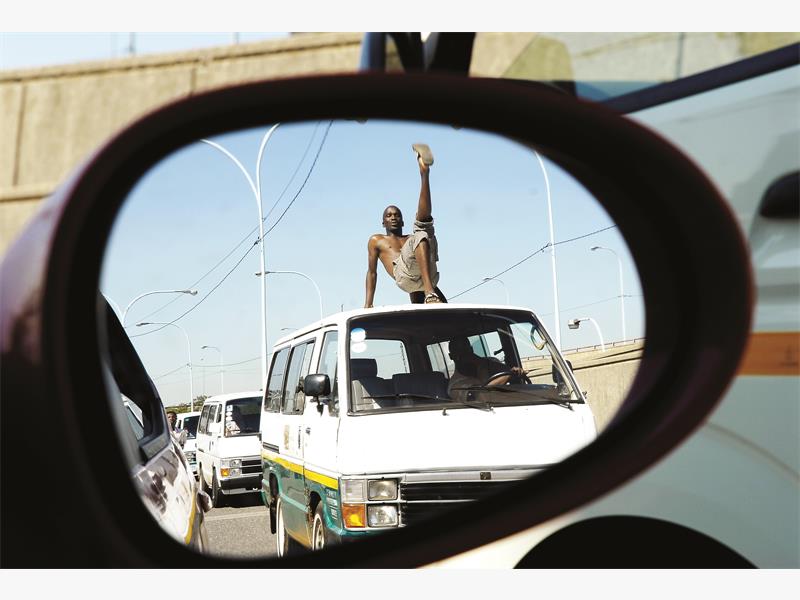 Drivers and passengers can do unexpected things, as seen here in a taxi driver strike in 2009. Picture: Morapedi Mashashe.

To add to that, the unpredictability of a daily morning taxi commute is thrilling at times, entertaining on other occasions and downright irritating on most days.

Arithmetic may be called upon if you’re perched in the front seat. Drivers get especially agitated if the fare is short and this is about the only time that drivers will address the passengers, staring them down in the rear-view mirror. There are two options if this should happen: one is that the driver will stop next to the side of the road and reason with the culprit who did not pay the full amount; or he will return the person to the taxi rank, no matter how close he was to his destination.

“This was the norm some time ago,” says author, Niq Mhlongo. “Nowadays, the economy is more favourable to black people so generally somebody just offers to pay the missing amount so that they can continue to their destination.”

In his debut novel, Dog Eat Dog, Mhlongo paints a picture of a situation involving queue marshals’ treatment of passengers near Carlton Centre, circa 1994. Mhlongo writes: “Hey wena msunukanyoko ng’the ugibele kuleya taxi ebomvu ‘manbe uya eProtea hay’kulena maan. [Hey you, your mother’s c**t! I said board the red taxi if you are going to Protea and not this one], shouted one of the queue marshals. He was abusing a male commuter in a blue suit and tie who had mistakenly boarded the wrong taxi.”

Although this experience was fictional, there was a hint of truth in the sentence.

“That passage was the truth, but you have to mix the truth with fiction,” says Mhlongo.

“Such things used to happen because the taxi industry was largely unregulated. Today there are many modes of transport with the BRT, buses, Gautrain and lift clubs, so the behaviour has changed somewhat. Back then taxi drivers had no relationship with their passengers.” 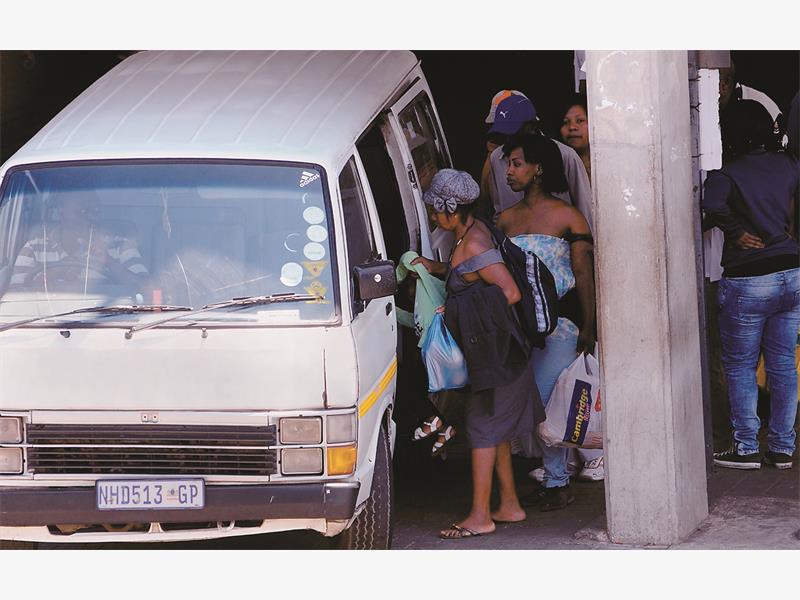 Taxi rides today are a subject of mirth and artistic expression. David Kau’s Taxi Ride film looked at the varied and different characters to be found inside a taxi. The film was set almost entirely at a taxi rank and the passengers comprised a delusional phly girl who thought she was Beyoncé; a boisterous gay man; a smart businesswoman; a drunkard; and a rural fellow, among others.

On television, Isibaya explores the drama and violence involved in the taxi industry and Taxi To Soweto, made back in 1991, featured an American going to Soweto for the first time in a minibus taxi.

In today’s social media age, there is a group on Facebook which is all about sharing experiences from inside taxis. Comedian Thapelo “Tips” Seemise, who co-wrote Taxi Ride, says that sometimes passengers are unreasonable.

“You can’t just board a taxi in the morning and pay your fare with a R200 note,” he says.

“Where is the driver supposed to get change from? It is probably his first load of the day, so I understand when he gets mad and throws a few choice words in that passenger’s direction.”

Indeed, some passengers have no regard for the rules of the road, often instructing the driver to stop at places where it is not reasonable for them to do so. In doing the passenger’s bidding and stopping dangerously anyway, taxi drivers incur the wrath of other motorists on the road.