On December 15, ardent adventurer Riaan Manser and his girlfriend Vasti Geldenhuys rowed out of Agadir Marina, Morocco, waving their friends on the pier goodbye. 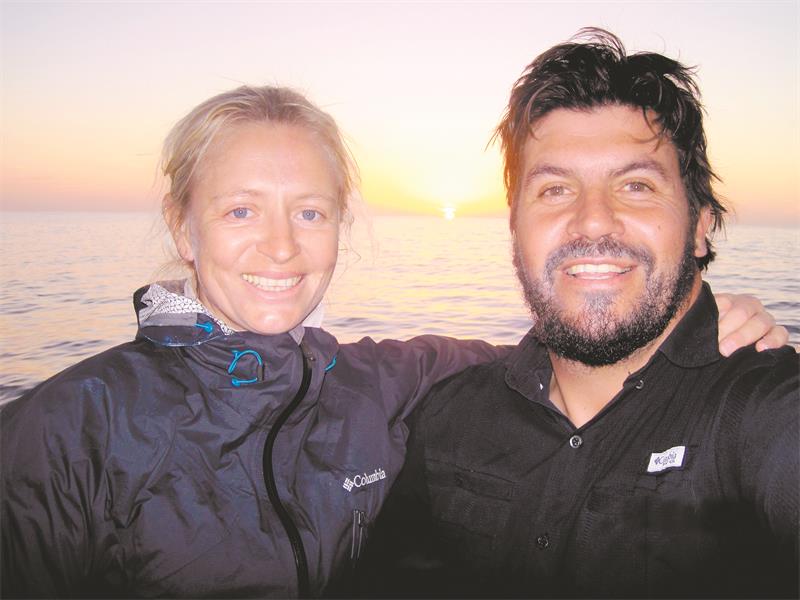 The couple are now en route to New York, determined to row 10 765km in a paddle boat to get there.

Manser is well-known for his many perilous journeys, having been the first man to cycle around the edge of Africa, as well as circumnavigating Madagascar in a kayak and paddling around Iceland with Dan Skinstad – but this is the first time he will be joined by his long-time girlfriend, whom he had vowed never to expose to the dangers of his world. But what a woman wants she gets – and so the pair have set off to sea, rowing first to Cape Verde, then across the Atlantic to Barbados and then north to the Big Apple.

With no support boat, the couple will tackle the estimated voyage duration of 120 days alone and unaided. 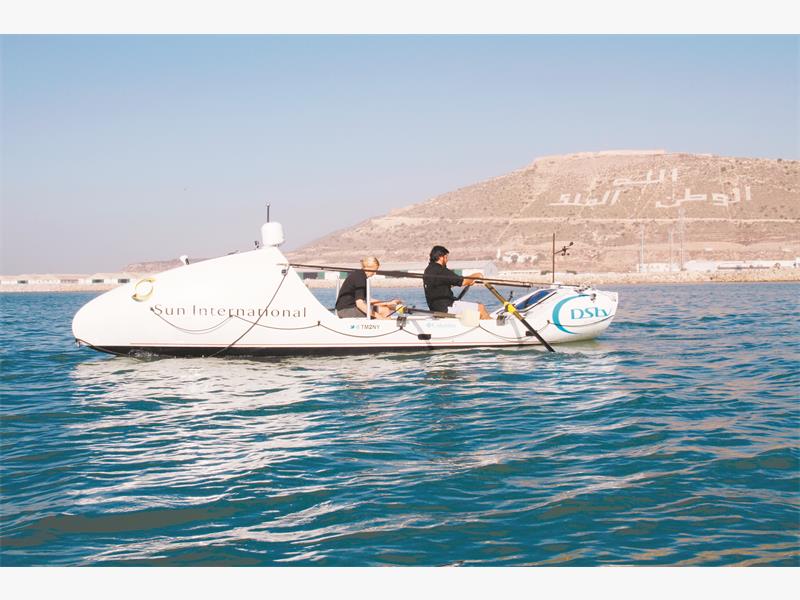 Paddling the 10 765km between Morocco and New York.

“Vasti and I have been together for 14 years,” said Manser.

“For 13 of those I’ve been in this world of adventure. I am away from her for long periods and she stands by me. If we’re successful on this trip, Vasti will be the only woman from Africa to ever row across an ocean. Plus, it was her decision to join, not mine.”

In preparation, the couple continued their normal exercise routines, doing plenty of cycling and paddling. “We incorporated indoor rowing to target the muscle groups we would use on this adventure,” Manser explained.

Naïvely, the pair devised a plan: they would row together for one hour, then Geldenhuys would rest for 30 minutes, while Manser paddled on. Both would then rest for 30 minutes – and the cycle would begin again. But they were in for a surprise: once they discovered how strong the wind was, both were paddling full-time to keep their craft moving.

“We were naïve to the real dangers. We came face to face with one of the roughest storms the area has seen in a while. Our boat can easily be engulfed by the waves during these storms, sinking her and injuring us.”

But bad weather was not about to deter the couple, who had spent months preparing themselves both mentally and physically.

“I don’t find the cardio effort is as intense as say, cycling for 10 hours. The difference is the immense fatigue that sets in. After five hours of rowing, your body feels numb and mentally, your motivation begins to lag. That special area known as your plumber’s crack takes exceptional strain: the non-stop chafing creates bruising, cuts and sores. You have to be positive about slogging through a 10-hour rowing day,” Manser said.

“Physically, it is more difficult for me,” said Geldenhuys. “I didn’t expect the strain it puts on your body. I’m an outdoor person and do a lot of exercise like mountain biking, jogging and swimming, but not one of those sports could have prepared me for this.

“Riaan seems to take it in his stride,” she said with a wry smile.

20 Years of Cell C – a Celebration of Longevity, Grit and Resilience
6 days ago
6 days ago

It doesn’t have to be a dark November due to load shedding
1 week ago
1 week ago
PREMIUM!

In studio or online: Digital fitness a useful tool
1 week ago
1 week ago
PREMIUM!

Sugar: The sour result of sweet
1 week ago
1 week ago

20 Years of Cell C – a Celebration of Longevity, Grit and Resilience
6 days ago
6 days ago

It doesn’t have to be a dark November due to load shedding
1 week ago
1 week ago
PREMIUM!

In studio or online: Digital fitness a useful tool
1 week ago
1 week ago
PREMIUM!

Sugar: The sour result of sweet
1 week ago
1 week ago