The barbershop is fast being superseded as the bastion of masculinity in South Africa today. 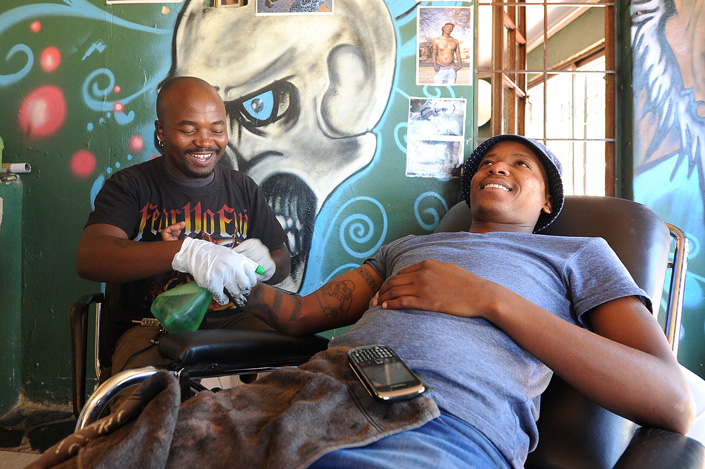 On a scorching day during the recent heat wave, burly northern African men, some in muscle vests and armed with clippers, discussed what was happening on the small screen, perched high in the corner of the room. A quick glance revealed the formidable fellows, one from Ghana, another from Congo and one from Nigeria, were discussing the Generations plot line – as the omnibus was playing out on a Saturday morning.

A patron walks in, bragging about Arsenal’s exploits this season. Only one barber, a Manchester United fan, engages him. That discussion quickly fizzles out as talk returns to Sibusiso’s exploits in the popular soapie. Bongani Makhoba at his tattoo studio in Meadowlands, Soweto.

In a similar set-up in Soweto, quarts of beer fuel a fierce debate about politics. Instead of clippers, the central character in this space is armed with a gun. A tattoo gun. For brief moments, he stops working on a client’s artwork and lifts his head to add an opinion on the matter at hand.

It’s January at Bong’s Tattoos in Ndofaya (Meadowlands) and business is good. Patrons walk in with regularity, some to have the outline of their tattoos re-done, some to enquire about new work and still others wanting to get a piercing. This is a testosterone-filled environment, but young ladies also frequent the joint, providing colour to the banter. 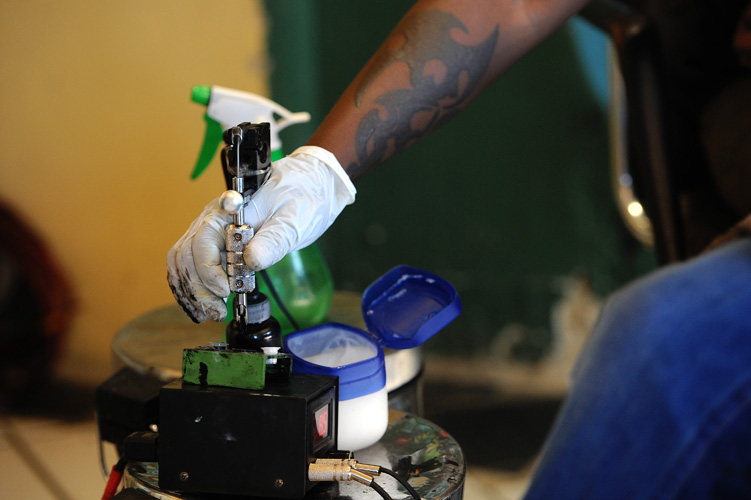 Most tattoo artists have work on their body as well.

In Diepkloof, Thabiso “Tazz” Permanis runs his tattoo operation, Tazz Ink, in a small space inside a four-roomed house. On the street, mechanics attend to taxis and broken-down cars. Conversation outside the “studio” switches from Soweto Zulu to African American street jargon in a single sentence. Sentences like “Uyabona, dogg” (“Do you see, my friend”) are the norm. These guys are discussing the arts, from paintings to photography and the “dopest” underground rappers and poets. They express a shared disdain for commercial work as Permanis looks on, nodding his head in agreement.

Just as this happens, a young lady walks in. She is rather nervous about getting her first tattoo. Permanis assures her that it is not that painful and that she must keep still no matter how nervous she is. 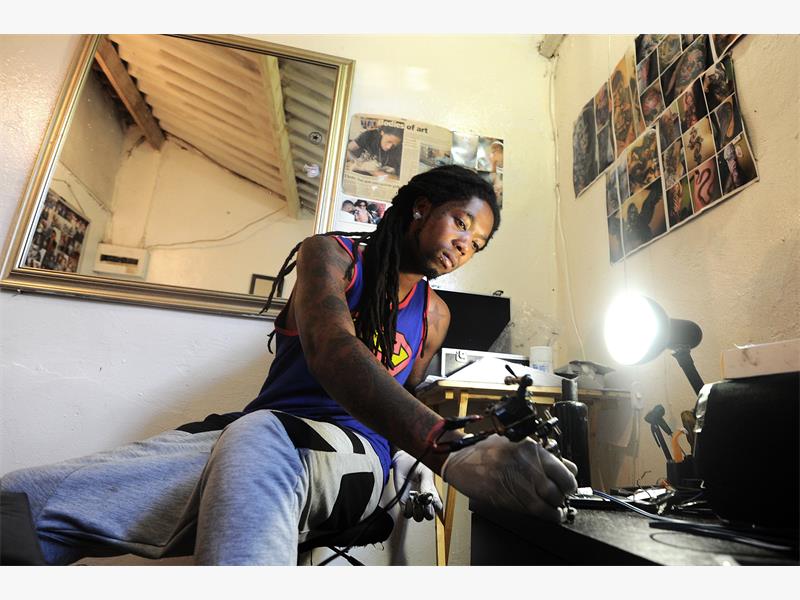 Permanis gets a bit agitated and clears everybody out of the room. It’s a quick process and the first-timer does not even flinch, and maintains a focused demeanour throughout the procedure.

“Business is good and the demand for tattoos is very high in Soweto,” says Permanis.

“It has moved from something associated with gangsters to something cool – people see it in the music videos on TV. For example, many girls want to have stars at the back of the neck, because Rihanna made that popular. But I try to encourage my clients to get something that is meaningful for them personally. That’s why I don’t have pictures of tattoos on my wall. This is not a barbershop where you can point to a particular haircut. People should come with some sketches and I can advise on how it should look. Most of the time I refuse to tattoo people who want their boyfriend’s name on their skin. Especially if they are young.” 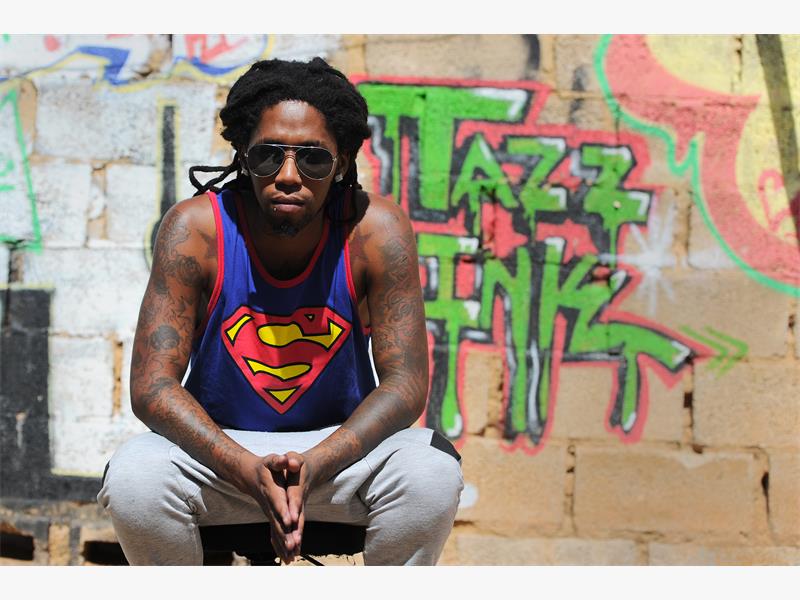 Bongani Makhoba of Bong’s Tattoos has experienced people walking into his establishment with no clue of what they want.

“People used to walk in and just asked to be tattooed,” he says.

“They would look around the shop or at the tattoo magazines in the studio to try and find something. They just wanted to get one because all the soccer players and musicians have tattoos, so people think it’s hip. But now most of my regular clients are getting something that has meaning to them.”

Makhoba used to work for a top tattoo shop in Sandton before opening his place in Soweto.

“The atmosphere is more social and relaxed compared to the feeling in Sandton,” says Makhoba.

“There, people just come in, get what they want and leave. But here, tattoo parlours are also hangout spots as you can see. Its more vibrant and there is a never a dull moment. Plus it is not necessary to get on numerous taxis to go to town in search of a tattoo shop. You can get almost everything here in Soweto, which is very good for our people and local businesses.”

Both Makhoba’s and Permanis’s establishments operate on a first come, first serve policy. If you do insist on an appointment, you still might have to wait a bit if the artist is busy with another client. But this is usually no problem, as there is plenty to keep one entertained while waiting.