Writer Lerato Tshabalala says she prefers to hire white men because they are serious about customer service. 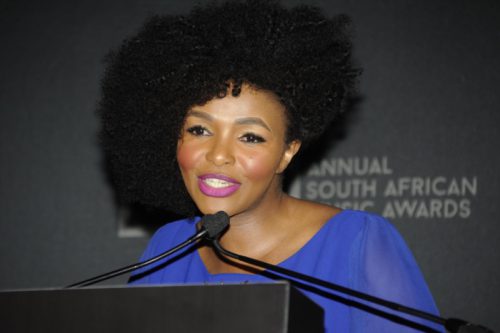 Singer Simphiwe Dana is one of the people who have criticised writer Lerato Tshabalala for “anti-blackness”. Taking to Twitter, Dana says she has always made it a point to buy South African black-written books, but would, however, not buy Tshabalala’s because “there’s a way to make people laugh at themselves without ridiculing them. It requires nuance. Your writing doesn’t have that”.

Dana says she is not against black people critiquing their blackness, in fact she encourages it, but only if people understand “the psychology of our woundedness” which has not been interrogated in a meaningful way.

“So no, I am not a hater, I wish you had done better. I am disappointed. And that is my opinion, your book is disappointing,” she says.

Tshabalala came under fire for an extract of her new book about black excellence that was published in the Sunday Times. In the extract titled Why I hire blue eyes before black guys, Tshabalala says black business owners often let black people down with their service delivery.

“I guarantee you that I’m going to be lambasted for saying that most of my people are not reliable when it comes to service delivery,” she says.

She says she knows she will receive a backlash from people who will say she’s the reason black-owned businesses are not taken seriously, which she says it’s not true.

“You see, white people sign contracts, give invoices and don’t usually leave without finishing the job. Facts are facts. Y’all might be mad, my people, but you know I ain’t lying. Now don’t get me wrong, I’m not saying every black service provider is dodgy – not at all. But sadly, the majority of our people are chancers and don’t give a damn about customer service.”

It is this reason that has resulted in Tshabalala opting to hire whites who have black men working for them, though she says even this has become a problem.

“As soon as the man with the blue eyes gets into his bakkie and leaves his staff behind with you, they start chatting you up and acting inappropriately. Asking you for juice, telling you how hungry they are and how you look like someone who’s got money: “Sis Lerato, ja, maan, I can see that you’ve done well for yourself, heh. Eish, could I please have that shirt that I saw on the bed in the spare bedroom?”

Read some of Dana’s tweets: