Fighting for our brave kids

A beautiful painting hangs on the wall behind the desk of Francois Peenz, CEO of the Choc Childhood Cancer Foundation of South Africa. 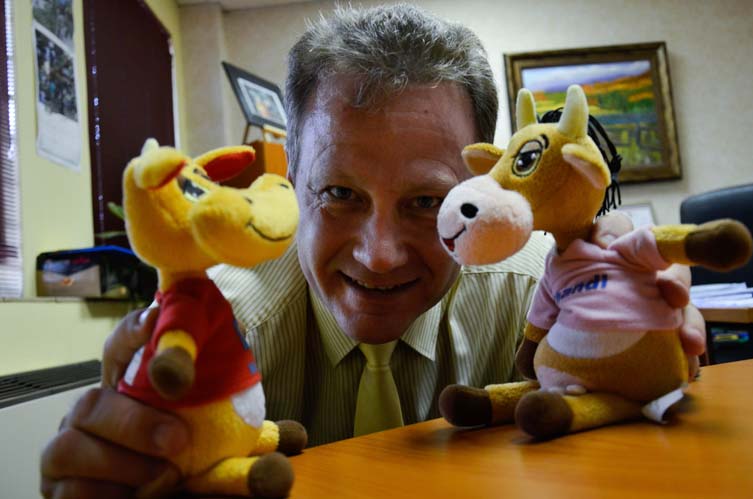 The Chief Executive Officer of CHOC ( Children's Haematology Oncology Clinics) Francois Peenz poses for a portrait with Keemo and Thandi the CHOC mascots , 11 March 2014, at their offices in Randburg, Johannesburg. The organisation provides needed help to children living with cancer. Picture: Alaister Russell

He proudly says his daughter is the artist that created it.

“Our daughter was diagnosed with leukaemia in 2001. She was three-and-a-half when she was diagnosed – she’s now 16. It was a long 14 months of treatment. That November I was asked to join Choc as a committee member,” he says.

He soon got more involved, eventually taking over the reins.

“The biggest challenge of the job is the emotional side,” he says. He and his head office staff aren’t as involved with children as they’d like to be, but they still go into the wards.

“Sometimes we find that kids we’ve helped aren’t there. They’ve gone home – or they are no longer with us. That’s probably the hardest thing about what we do,” Peenz says.

Currently, the foundation is embarking on a massive awareness campaign with a particular focus on peri-urban and rural communities.

The many myths surrounding the disease can hinder the process of diagnosis and treatment. South Africa also has diverse belief systems and traditions. which must be sensitively handled.

“A dad called me and told me his child had a problem with his eye. He’d been told to remove it, but didn’t want to. I know the traditional situation: he would have to go to and see the elders and they would decide. It can take months to get permission. I said to him, dad to dad, call a doctor and get a second opinion. If she says do it, then do it! Otherwise the cancer will spread and your child will lose both eyes.” 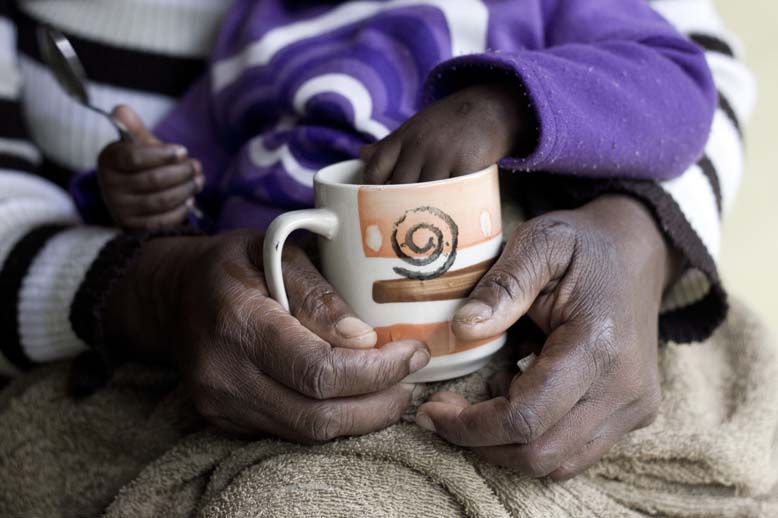 A caretaker seen with a baby, 15 March 2012, at the CHOC home in Saxonwold, Johannesburg. CHOC provides accommodation to children and their parents who live too far from treatment centres, as well as provides transport to and from treatments. Picture: Alaister Russell

In some cases, children going home from palliative care don’t want to be seen in the foundation’s vehicle. Others choose to die in hospital, to save their pa-rents embarrassment.

“We are working on a large project with traditional healers. They have acknowledged they have seen children with cancer and can’t do anything about it.”

So the foundation is teaching traditional healers to recognise cancer warning signs, as well to know which places to refer them to. “That way, we’re getting traditional and Western medicine working together.”

After chatting to Peenz, it’s clear the demand for increased awareness and education about childhood cancer is huge.

Add to this the need for actual care and assistance, and Choc has a massive task on its hands. 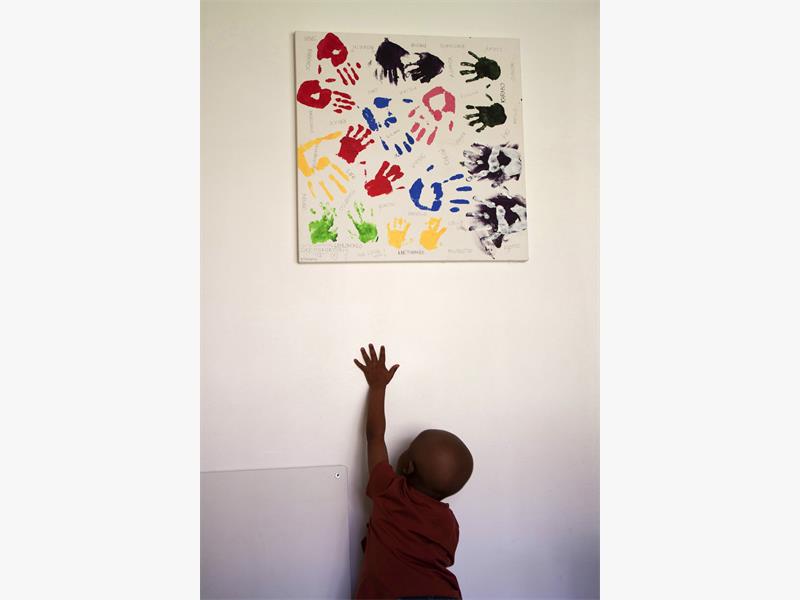 REACHING FOR HOPE. A child reaches up to a mural of support at the Choc home in Saxonwold.

The foundation provides accommodation for children and parents who live far from treatment centres. It also assists them with transport to and from the centres.

To keep one person in a Choc house for a night costs just under R800. That doubles when a parent stays with the child.

“Our budget for the last year was R26 million. Our expenditure to income received was 89%,” Peenz says. “And our need will only grow.”

In the past, companies donating money as part of their corporate social responsibility spend focused mainly on HIV/Aids, he says. “Companies are now moving onto other things, like education. We need to be able to build a sustainable fund to keep Choc running.”

As part of that, he says, people ought to include the foundation in their wills.

A former stockbroker, Peenz brings finance and management skills to the foundation. Choc started as a group of concerned parents, but it is now a professionally focused foundation. Modestly, Peenz attributes much of this to his team.

But, he adds, the foundation has been careful to keep parents involved. “This is even incorporated in the business model.”

Many board members have kids who have survived cancer, or lost a child, he says. “The board still involves the parent ethos.”