Mercedes-Benz Fashion Week Joburg (MBFWJ) saw over 10 000 people descending on the Sandton Convention Centre to catch a glimpse of the season's hottest fads. 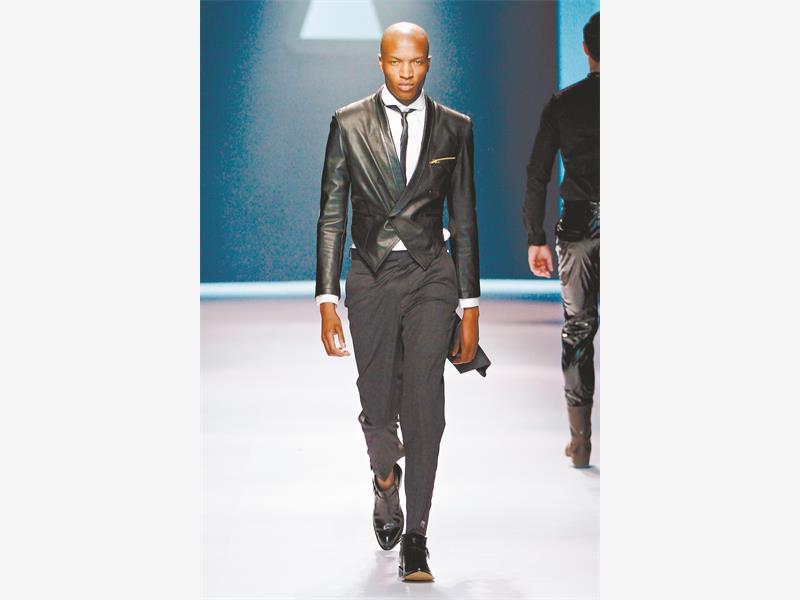 NO GREY AREAS. Bold black and white designs by Augustine.

A record 10 out of 34 established and emerging designers showcased menswear collections that were all on-trend with what has been spotted on international runways, with a healthy dose of local flair being added by MaXhosa, the gentlemen’s line presented by Laduma.

“Each of these collections presented a new, innovative take on both the masculine form and men’s increasing interest in clothing and personal style. The exceptional talent of the 10 menswear designers who showed at MBFWJ 2014 was proof that the quality of local fashion is on par with that which is being produced internationally,” says AFI spokesperson, Nicholas Maweni.

Different shades of blue could be seen in many of the collections, with slate blue making an appearance in both the Fabiani and Viyella shows. Further confirmation of the fact that men are no longer limited to boring colours could be seen in outfits incorporating shades of mint, tangelo and cerise, this winter’s must-have hues.

In stark contrast to this were bold black and white designs. Ruald Rheeder and Augustine’s shows used this winning combo to create dramatic outfits, with leather being featured to give a more textured look.

For the more metrosexual man, “man bags” seemed to be the order of the day. Other accessories included bowties like those worn by the always stylish Pharrell Williams as well as soft scarves for colder weather.

“This was a bumper season for Mercedes-Benz Fashion Week Joburg because the designers have really upped their game with collections of matchless quality and design. The fashion industry in South Africa is growing from strength to strength,” says Maweni.

“Mercedes-Benz Fashion Week Joburg 2014 was an unparalleled success as a platform for showcasing local design talent and it underpins our efforts to place South African and African fashion in a global context, provide access to local and international markets and create jobs in the process,” says Moloi-Motsepe.