Radio station Umhlobo Wenene has won the Station of the Year in the Public Broadcasting Station (PBS) category, as well as the My Station Award at the MTN radio awards. 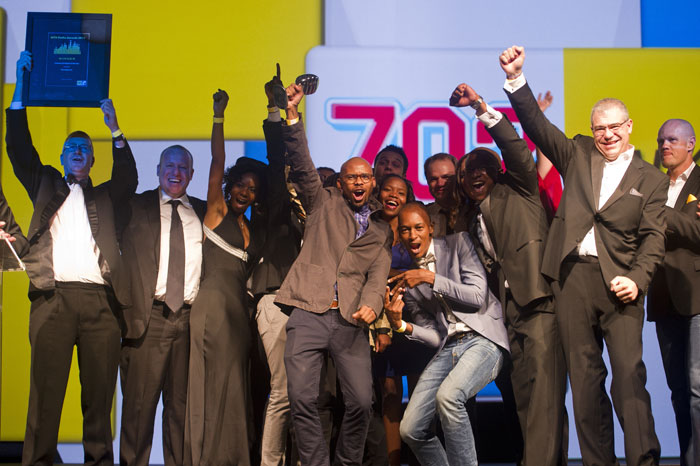 ON TOP. Talk Radio 702 staff celebrate as they collect their award for Commercial Station of the Year on Saturday evening at the MTN radio awards in Sandton. Pictures: Michel Bega.

The awards were dished out at a glitzy event on Saturday night in Sandton. The biggest loser seemed to be urban youth radio station, YM, which did not receive a nomination in any category.

“Intelligent, thought-provoking radio from a literate, intelligent and articulate presenter,” the judges commented on Maytham’s win.

“I went into radio in 1964 because I was in love with the spoken word that had the ability to paint a picture,” he said. “The biggest winner tonight is you – the people who continue to keep radio alive.”