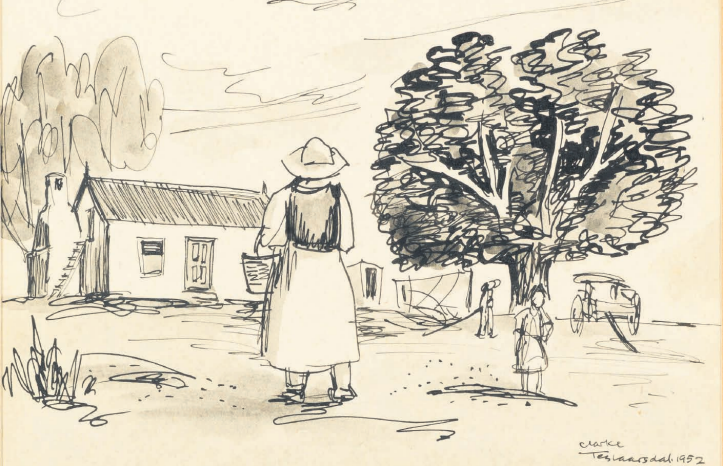 They are publicists for artists – but also the ones selecting the best work to ensure artists’ work at any given exhibition or public showcase, or even auction, gain reverence. And they ensure that artists’ names and work are captured in books or literature.

At the same time they often need to get feet through gallery doors.

This role becomes even more strenuous when entering the secondary art market, where authorities like art specialists need to preserve artists’ legacies, but also valuate pieces.

It’s easy to say that the art should speak for itself, but often buyers need advice when it comes to purchasing new pieces, meaning specialists need to become walking encyclopedias of the South African art landscape.

On top of newcomers entering the market, many South African artists’ works have become especially important posthumously – and that is when art specialists really step in to show the influence of those artists and explain their lasting impact.

It highlights again how art needs its specialists and its creators for a robust community.

Van Rensburg trained many artists at the University of Johannesburg and he is a freelance curator and the force behind retrospective exhibitions for Standard Bank Gallery of the work of Irma Stern, Judith Mason and JH Pierneef.

Later this year he’s curating an exhibition of the work of Christo Coetzee. His knowledge of local artists means that the work of Clarke gathers appreciation.

But why was Clarke such a fascinating South African artist?

“He represents that generation of artists in the mid-twentieth century who didn’t study in London or Paris. As a result, Clarke had to educate himself.

He was the archetypal autodidact.

His high school art teacher kept a pile of Studio International magazines in his class, and paging through these Clarke got to know the paintings of the German Expressionists, 18th century Japanese woodblock art and the graphic work of the Mexican Revolutionary artists such as Diego Rivera, Alfredo Orozco and Jose Sequiera.

All these influenced his work, especially the linocut in a profound way. In the late ’40s, Clarke joined the District Six Art Group and his principle teacher was world famous John Coplans, who introduced his students to figure studies and drawing from live models.

This accounts for Clarke’s lifelong interest in the human figure.

The early ’60s saw him studying lithography under Katerine Harries. In the ’70s Clarke turned to what is known as protest art – after his family was evicted from Simonstown to Ocean View in 1972.

One of his most famous artworks from this period hangs in the Constitutional Court.

Examples of Clarke’s linocuts and lithographs are under the hammer, along with sketches he made while on holiday in Teslaarsdal, just outside Caledon – work Van Rensburg deems exciting.

These sort of auction events play an important role in continuing to develop art appreciation in South Africa.

“I feel that the secondary market has a very strong obligation to educate the public with regard to the aesthetic value of an artwork as well as the investment potential a work might carry. That is why art history is so important, because one can gauge the context in which an artwork was produced and in that manner develop a deeper understanding of art,” Van Rensburg says.

16 days of activism: It’s now sisters in arms in a fight against GBV
20 hours ago
20 hours ago

Support for GBV and abuse victims needs to be normalised, says expert
22 hours ago
22 hours ago

16 days of activism: It’s now sisters in arms in a fight against GBV
20 hours ago
20 hours ago

Support for GBV and abuse victims needs to be normalised, says expert
22 hours ago
22 hours ago