"We are only on the threshold of a new world order." 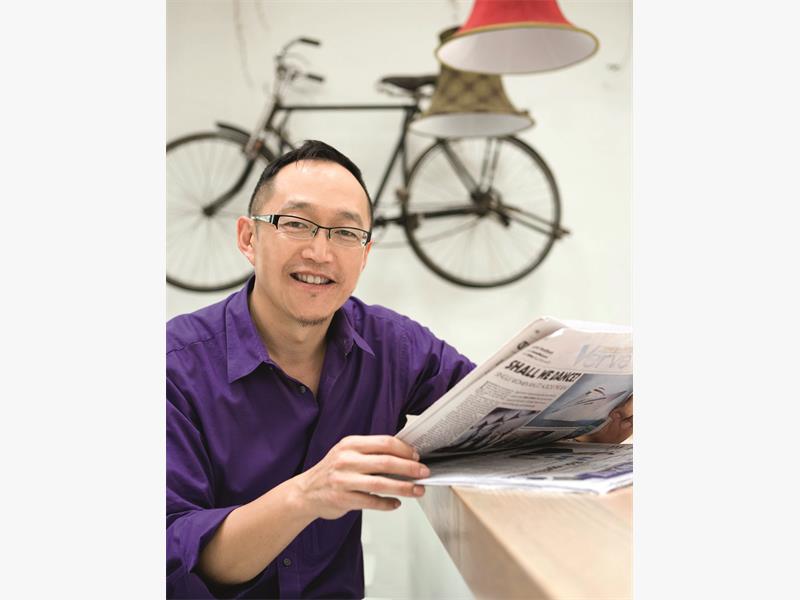 This is the opinion of trend analyst Dion Chang from Flux Trends. Chang was speaking at The Glass Recycling Co’s AGM in Sandton last week. Chang’s talk revolved around the rise of eco-conscious consumers.

“The unexpected eco-catalyst was the recession,” Chang explained.

According to Chang, South African value chains had to, after the recession, up their game due to the influx of shoppers who now had to downscale. Social media also developed very quickly, which led to the emergence of more tech-savvy consumers. New ideas like wardrobe sharing and food sharing sites became popular. Overseas, bike sharing has become the norm in many countries.

“Sceptics in South Africa say it could never happen here because people will take the bikes,” Chang said with a wry smile.

However, this trend is being encouraged by businesses like Nedbank in Rosebank, which have specifically allocated bike bays.

In terms of fashion, it was around the time of the recession that what Chang refers to as eco-ugly trends started to appear. These trends were made at a high cost, but were “low performance” in terms of how eco-friendly they were. From here, the eco-chic movement began. While this trend produced better-looking clothing, their performance levels were still low. Chang believes that it’s only now that “eco-iconic fashion” has come to the fore. A pioneer of this trend is Stella McCartney.

“She positioned herself as a ‘vegan designer’. Twenty years ago she was seen as an anomaly,” says Chang.

McCartney is now one of the most innovative designers in the industry and her methods and beliefs set her apart from other designers who are playing catch-up.

The title of the next part of Chang’s speech drew a few chuckles from the crowd – “Beards, bicycles and the non-motorised hipster.”

You only need to hang out at the Neighbourgoods Market in Braamfontein to know which group Chang is referring to here – the oh-so-socially conscious crowd who haven’t seen a razor in a while. Bikes, in other words non-motorised, eco-friendly transport methods, have become a symbol of this new movement.

“Shops and posters are using bicycles as a means of capturing the era’s zeitgeist,” Chang says.

According to Chang, retailers are dealing with a generation who saw their parents work their whole lives to earn a pension, only to see it lost. This generation has witnessed a lot of upheaval.

“The next generation of millenials has a vastly different mindset. The ‘geeks who leak’ are all young millenials,” says Chang, making reference to the WikiLeaks founders and people like Edward Snowden. This is particularly in relation to South Africa, where there is a 66% “youth bulge”.

“Sustainability and transience is where we are going. People don’t want the hassles of permanent ownership and possession,” says Chang. “This has led to the sharing of electric cars.”

China has taken this idea and made it even bigger: they have introduced the first car vending machines. These are giant automated storage facilities that work in the same way as your average food machine – put in your card and a car pops out. However, there is method in this apparent madness. Chang says that for every car in a car sharing scheme, 12-20 cars have been taken off the road.

Similarly, people are becoming more interested in subscribing to cloud-based music sharing sites like Spotify. While many people like the idea of owning music or enjoy the feeling of buying a CD, this is often wasteful.

“We all have a CD graveyard in our lounges,” he points out.

When it comes to eco-conscious innovations, Chang believes that an unlikely hero may well be identified in the next few years – the African continent. “I think we are going to leapfrog other places in terms of our innovations. Our innovations are solutions based and often by-pass technology,” he says.

In conclusion, Chang said consumers are moving forward, and brands are trying to catch up. Brands now want a share of your lifestyle, rather than your wallet. “I won’t peg my loyalty on a brand that doesn’t share my value system.”