It all started on the day that Zamaswazi Nkosi broke his knee on the soccer field. 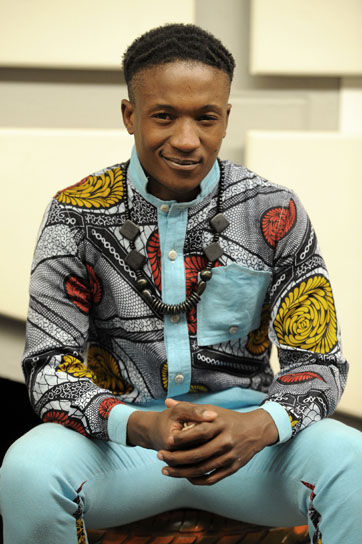 “I knew I wouldn’t be able to play soccer any more,” he says.

As a popular player in his community in Soweto, no one would have thought that Nkosi would leave sport to become a fashion designer.

“I’ve always enjoyed sketching, so while I was recovering from the injury my sister suggested that I start sketching again just to keep busy. Before I knew it, I was sketching garments.”

With his sketchbook filled, Nkosi was inspired to see what the fashion world had to offer.

“I didn’t know the first thing about fashion when I decided to make a career out of it. All I had was a dream, my sketches and a lot of inspiration from international television shows.” 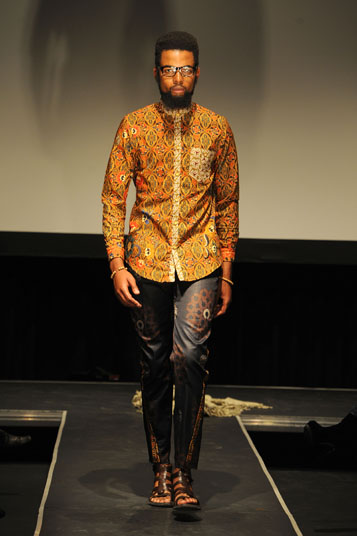 But his lack of skill didn’t discourage Nkosi.

“I knew I had a lot to learn, so I made it my responsibility to educate myself,” he says.

“I would go to the Internet cafe and research pattern making and stitching, then I’d go to the ladies in my community to teach me how to sew and how to work with certain fabric. After some time I had made five garments which I was very proud of.”

Launching himself into the fashion industry was no easy task. As a way of exposing himself as a fashion designer, Nkosi organised a short fashion show at a public community hall.

“Everyone knew me as a soccer player, but I wanted to spread the word that I was now a fashion designer. But unfortunately, this was met with a lot of negativity from my peers,” he remarks. 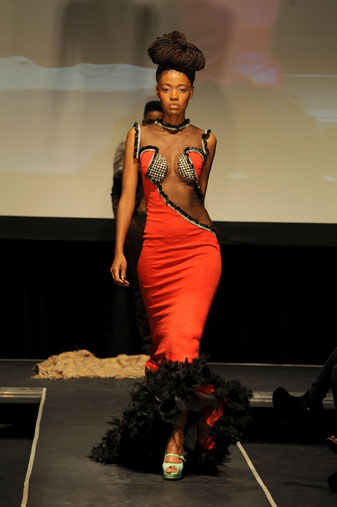 Less than ten people arrived at Nkosi’s event, but he was not discouraged. Since there were many people on the streets of Soweto, he decided to take his show out of the community hall and into the streets.

“I asked my models to start walking in the garments on the streets as if they were on the runway. This got a lot of attention, and a lot of people followed us back into the hall to see more.”

A few months later, Nkosi met Brian Lehang at SA Fashion Week. Lehang was moved after hearing Nkosi’s story and asked to collaborate with him for Soweto Fashion Week. Nkosi opened the show this year with his collection, Inventive Fashion.

“I have been influenced by David Tlale’s work and I believe I could be competing with him one day as the king of African fashion,” Nkosi says with a laugh.

“Fashion is not for sissies. I am currently working out of a garage where I also live because I don’t have a stable income. But knowing that I am doing something I enjoy makes me happy.

“With every outfit I make, I learn something new and I am a step closer to realising my dream,” he smiles.