WATCH: Giraffe rescued after being stuck in a swimming pool

In a Facebook post, the nature reserve shared that the giraffe cow had landed in the pool and that they were surprised to see the animal there. 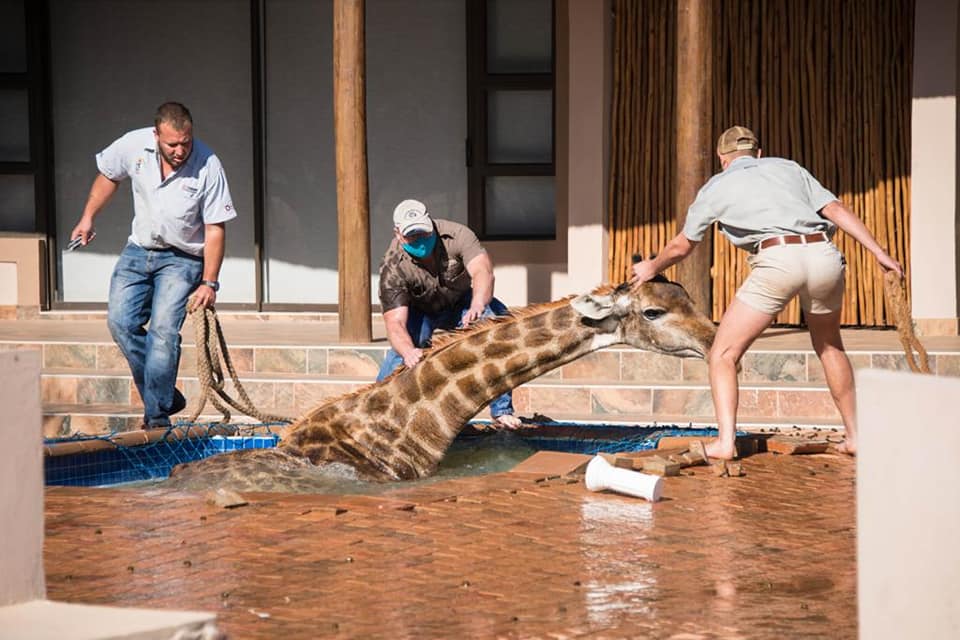 This doesn’t happen very often, a giraffe had to be rescued after it got trapped in a small net at Sondela Nature Reserve in Limpopo, just outside Bela Bela on 29 June.

In a Facebook post, the nature reserve shared that the giraffe cow handed landed in the pool. The staff was surprised to see the animal there.

They suspected that the female giraffe fell into the pool during the evening and luckily landed on the safety net but she became trapped.

Not every day you get to rescue a girraffe from a pool. Thank you Marius Du Toit. Thanks for the help Ryno Smith Jaco Myburgh.

The animal was sedated and a team managed to pull her out.

Watch the incredible video below: