The Ellen DeGeneres show: So awkward! 5 moments that shook the show

American comedian has stepped on a few toes, but she somehow has a way of making everything seem like banter. 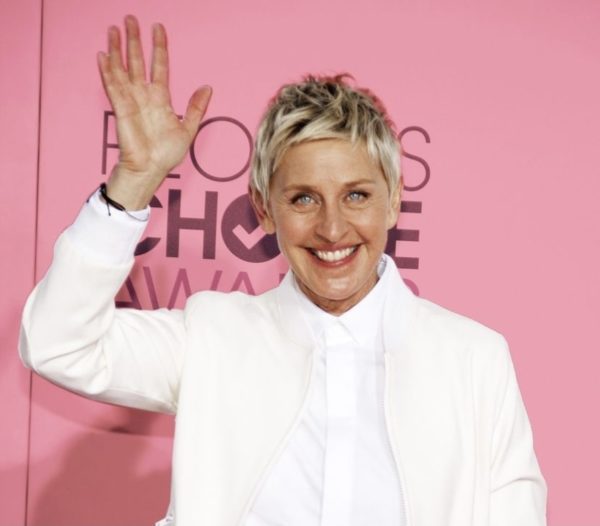 Popular talk show host Ellen DeGeneres announced last week Tuesday that her highly favoured talk show, The Ellen DeGeneres show, will be coming to an end in an interview with Oprah Winfrey.

The American comedian said on the interview that the show will be coming to an end solely because of creative issues, and not the allegations that were made by her staff that the popular talk show has been a toxic place to work over the years, as she states she was not aware of this.

In the interview Ellen framed herself as a victim, and insisted that the show was not ending because of the tanking ratings. She explained to Oprah that if the show’s ratings were dropping drastically, then she would have not come back to film the talk show this year, and that the backlash she has been receiving from her viewers has been “orchestrated”, “misogynistic” and “coordinated.”

“If it was why I was quitting, I would not have came back this year,” said Ellen.

We found a few old video’s of a few of the most awkward moments that took place on The Ellen DeGeneres show. If you would like to take a stroll down memory lane, have a look at the following five awkward video’s from her talk show:

The interview with Wendy Williams

Ellen and Wendy Williams were a little hostile with each other throughout the interview, but things got a whole lot awkward when Wendy tried to describe Justin Bieber to Ellen without actually mentioning his name, in a game that they were both playing, and Wendy mentioned that he was an artist that actually looked like Ellen.

The interview with Celine Dion

On this interview Ellen took a jab at the Canadian singer’s son, asking her when will she get the time to attend to his hair and take him for a haircut. The singer mom did what any mom would do, and defended her son by asking Ellen: “Do you have a problem with that?” Celine continued to explain to the talk show host that she will not please everyone, and her son will continue to make his own hair decisions.

The interview with Taylor Swift

Ellen has a rather lengthy record of grilling the pop singer on her love life and long failed relationships. On one of the many interviews that Ellen has had with Swift, Swift sand a song about her love life always being a topic of discussion on the talk show, with the lyrics saying, “you always ask me who I’m dating every time I’m on this show, and I don’t even know why”.

The interview with Katy Perry

On an interview with the singer of the hit The One That Got Away, Ellen had forgot that Katy Perry was married, and was very confused during a game they were both playing when the singer said: “Do I have to get married, again?” Ellen asked the singer who she was married to and when Katy responded to her question, she said: “That’s right, I forgot about Russel.”

The interview with Kanye West

Kanye West was invited on the Ellen show, and everything went well during the interview, until he decided to have a six-minute monologue on the talk show,  talking about his life, dreams, and aspirations to change the world and the human race. The American rapper literally stole the show.