Movie review : The Conjuring 3, The Devil Made Me Do It

Demon-possessed: elements of pure evil are confronted in this movie. 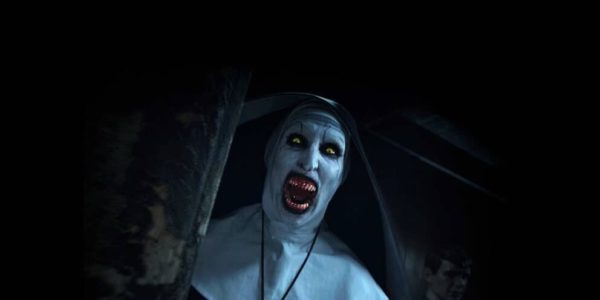 In horror films of this nature, one can expect to find tricks used in exorcisms.

The Conjuring supernatural series has provided a fair amount of scary entertainment for fans of the genre, but this addition has by far the most frightening manifestations and impact imaginable. 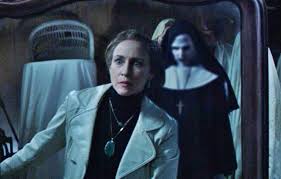 It delves into disturbing aspects of satanists and explores,with far deeper meaning, its role in the occult.

We revisit the famous Warrens, the American paranormal investigators, who featured so prominently in the earlier franchise, and receive fresh reading son this unusual couple.

The Devil Made Me Do It, a quote made infamous by a certain corrupt South African cricket captain, is based on a true case.

Ed (Patrick Wilson) and Lorraine Warren (Vera Farmiga)could never have imagined what they were in for when their talents were requested in 1981 to investigate a sensational murder.

The film opens with David Glatzel (Julian Hilliard), an eight-year old member of the family, undergoing an exorcism. 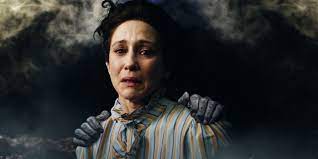 The family moves into a new home when startling things began to happen to David and a priest was summoned. The house has had a curse placed on it and David is possessed.

Days later a cop stumbles upon a dazed and bloodied young man walking down the road.

He is Arne Johnson (Ruairi O’Connor), the boyfriend of Debbie Glatzel (SarahCather), young David’s sister.He is accused of murder, but claims in his defence that he was possessed, the first such plea in American legal history.

This situation forces the Warrens to undertake a creepy supernatural inquiry where viewers face a rough ride into some seriously dark spaces with the couple.

The production is imbued with an uneasy feeling throughout,moments foreboding. It is a fear of the unknown as elements of pure evil are confronted.

This particular demon has been summoned by a Satanist(Rebecca Lines) who has put a curse on the Glazel family.

In horror films of this nature,one can expect to find the unavoidable tricks used in depicting exorcisms.

Generally, though, the production behaves well and in giving the Warrens full dramatic scope makes the experience far more palatable.