Five tips to make the best cup of tea 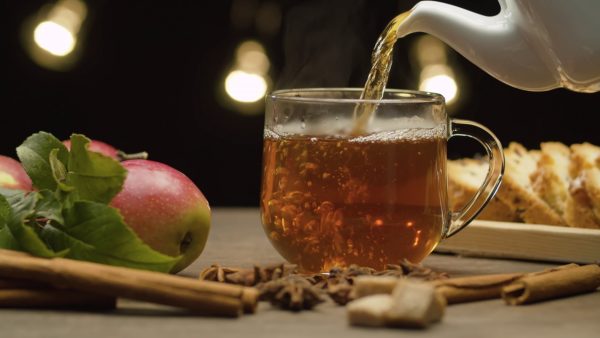 Tea drinkers rejoice! The range of teas for the popular beverage continues to grow, with more flavours than ever before.

Rooibos has become synonymous for its health benefits, growing in demand and flavours. The benefits of rooibos are many, including its anti-ageing, antibacterial and hypoallergenic properties that help to fight against bacterial infections.

The branding of tea has become different. It’s no longer seen as a Sunday, or scone special, even the classic English high tea for the older generation is welcomed by younger people.

Tetley’s South Africa masterclass showcased tea. With exciting flavours inspired from the continent of Asia, such as Masala Chai and Elaichi Chai with the aromatic flavour of cardamon. Also green rooibos tea with citrus and ginger flavours. These teas are incredibly versatile and suitable for those who like strong or light and fruity blends. They taste great too.

ALSO READ: Four beverages that hydrate you more than water

Master tea blender Jonathan Kelsey said: “The recommended sweetener for traditional chais is sugar. Masala and elaichi teas originate from India and they are traditionally prepared with lots of milk and sugar. For those who prefer honey to sugar for taste or health reasons, this is also a suitable substitute and for diabetics, non-nutritive sweeteners can also be used.” Tips to make the perfect cup of tea

We have possibly all been guilty of this when making a cup of tea. That is using re-boiled water. Kelsey’s says this a big no-no.

“The biggest mistake people make is re-boiling water. Often people will keep boiling the same kettle of water throughout the day. Re-boiling water makes tea taste flat, which is why we recommend making tea with freshly boiled water. Another common error is not brewing tea for the recommended amount of time, which means you’re not getting the full flavour of the tea,” he said.

Green tea has grown tremendously in popularity and while the taste is not to everyone’s palate, adding sweeteners or milk won’t help.

“Milk contains a protein called casein that negates some of the benefits of the natural antioxidants found in green tea. For those who find the taste of green tea bitter, a squeeze of honey or a slice of lemon is a good idea,” Kelsey ays .

Flavoured green teas such as mint, green apple, lemon also negate some of the strong taste.