Kate Middleton is in self-isolation and you won't believe what the Queen did to Fergie and Andrew. 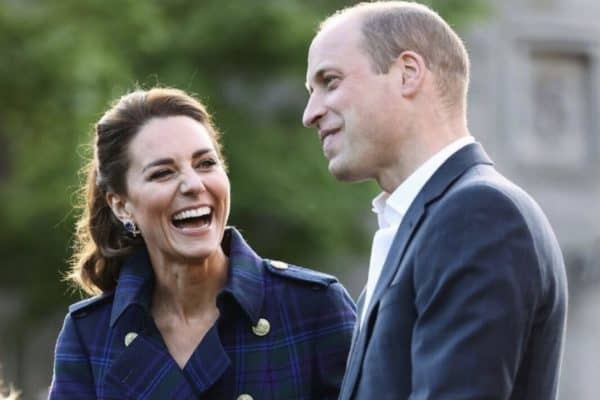 Drama has been the order of the day since Prince Harry and Meghan Markle quit their royal duties and stepped down as senior royals.

This royal update looks into the strained relationship between Prince Harry and his brother, Prince William. Kate Middleton is in self-isolation after coming into contact with a positive case and Meghan being painted as a bad person from the moment she joined the royal family.

When Princess Beatrice was born, Sarah Ferguson and Prince Andrew waited two weeks before announcing Prince Beatrice’s name. This was because the Queen was not in favour of the original name they chose for baby Beatrice.

Picking a name for a potential king or queen is a big deal. One one of the most important things is informing the queen of the chosen name before announcing it to the public.

Queen Elizabeth does not usually have a problem with royal baby names, but it is believed she was not entirely sure about the name Andrew and Sarah chose after welcoming their daughter into the world.

The Princess Diana statue unveiling ceremony seemed peaceful and joyous when brothers Harry and William were seen talking to each other and laughing together, but, according to a Mirror insider, Harry is seen as an outsider now that he has left his royal duties.

“Despite William and Harry coming together this week for the sole cause of commemorating their mother’s legacy, Harry is very much on the outside,” the insider said.

The insider also said the brothers had put on a show for the unveiling ceremony just to ensure the day went smoothly, but once it was all over they both went their own ways.

Kensington Palace has revealed the Duchess of Cambridge has gone into self-isolation after coming into contact with a person who tested positive for Covid-19.

“Last week the Duchess of Cambridge came into contact with someone who has subsequently tested positive for Covid-19. She is not experiencing any symptoms, but is following all relevant government guidelines and is self-isolating at home,” a Kensington Palace spokesperson said.

Kate’s last public engagement was at Wimbledon on Friday. Three days prior to that she attended England’s football match against Germany at Wembley.

The royal aides have declined to disclose when the Duchess came into contact with the positive case, but it seems as though Kate will not be presenting the Wimbledon trophies this weekend.

According to royal expert Penny Junor, Meghan Markle was not a pleasant woman when she joined the royal family and many people had bad things to say about her.

“I was hearing very bad stories from early on that Meghan was upsetting people,” she said on the ITV documentary, Harry and William: What Went Wrong.

Junor went on to talk about the revealing and explosive interview Harry and Meghan had with Oprah Winfrey.

“I was appalled by the Oprah interview. These are not statements that should be made for public consumption. This is the sort of thing that should happen in the privacy of a psychiatrist’s couch,” Junor said.

A recent report in The Sun claimed that Prince William was the one who decided he and Prince Harry needed to split their households in March 2019. The decision was apparently made after a bullying complaint against Markle by her former communications secretary in 2018.