Eat your art out

It could have been that somebody forgot to pay the sangoma for good tidings during the launch of the Bombay Sapphire Imagination Room pop-up shop in Rockville, Soweto. 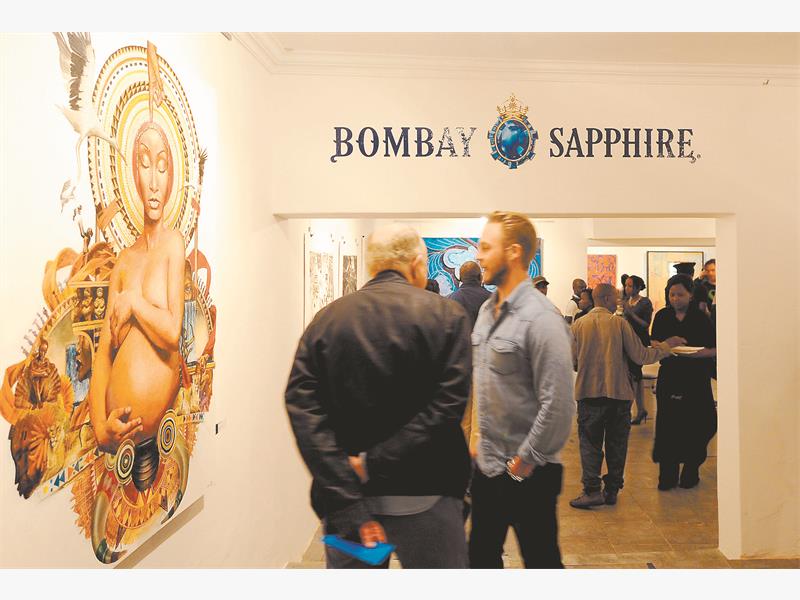 The rain pelted down and in some cultures rain on important occasions is a sign of bad luck.

However, the weather dovetailed nicely with jazz band Planet Lindela’s blues, who played John Coltrane in a tent. The band’s bassist cut an old-school figure with his fedora hat and played with a cigarette in his mouth without even touching it until its demise.

Inside the exhibition room, art works hung on the walls and Jodi Bieber images related to various aspects of the township drew a lot of attention from the guests.

The exhibition was curated by Soweto arts group Mashumi Art Projects, with the specific focus on placing it at one of the most iconic settings in the township – the old Panyaza chisa nyama – for just three weeks.

With the aim of recognising Soweto as an artistic and cultural hub, The Bombay Imagination Room hopes to give Sowetans and visitors alike the opportunity to interact with art in an emotive setting.

The hope is that visitors will no only infuse themselves with internationally acclaimed works from some of the finest home-grown artists, but also engage in artistic conversations and new forms of expression.

“Our gallery on Vilikazi Street has proven that people here are passionate about art, and that is why we believe that this will be a succesful venture. 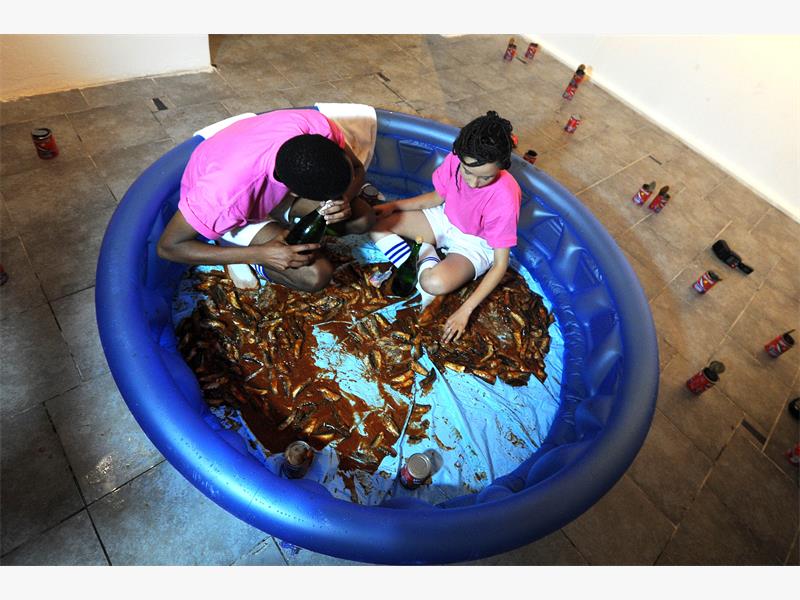 “The artists that are on board are exceptional and the combination of well-established artists and up-and-coming artists will add a great dimension to the different works every week.”

Each week, a different art medium, from print and performance to photography and painters, will be showcased at the gallery in a curated exhibition.

Artists include Soweto-based and Mpumalanga-born fine artist Kenny Nkosi, the internationally award-winning photographer Bieber, and pioneering painter David Koloane, whose works are part of a number of collections worldwide.

“Bombay Sapphire is proud to be associated with such a great concept, which is infused with imagination in highlighting the finest South African art,” says Leigh Hofmeyr, marketing manager for Bombay Sapphire gin.

An art exhibition would not be complete with a performance art piece. 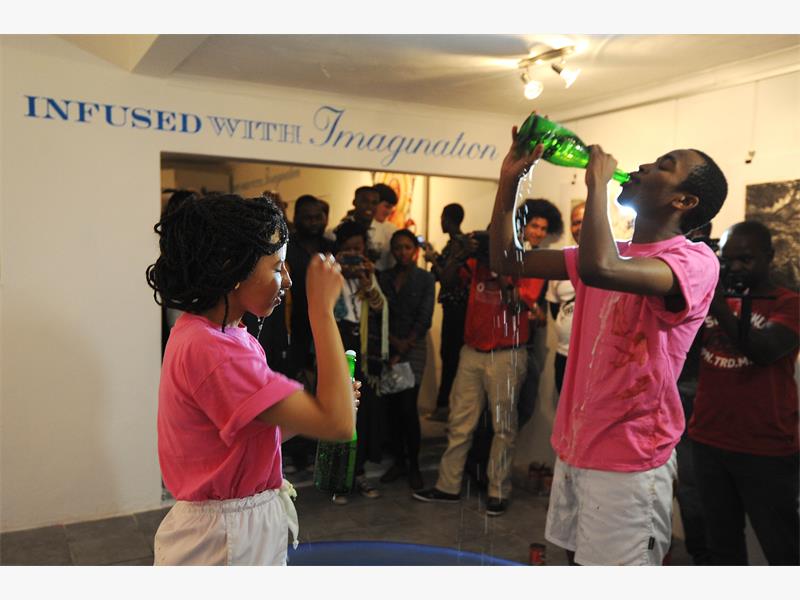 The piece was of such a serious magnitude that it stopped the cool sounds of Planet Lindela and diverted the audience towards an interesting sight: in one of the exhibition rooms, open cans of Lucky Star Pilchards were strategically placed on the floor next to a small, inflatable kiddies pool.

Inside the pool were the contents of the empty cans and a man and a woman sat eating them in silence. At one point, they even popped open bottles of champagne, drinking it before settling back to the pilchard mess.

The piece is open to interpretation, but the official line states: “This piece creates a dialogue between an iconic brand (Lucky Star) with a broad history (of socio-politics) in relation to looking at it in the contemporary, in terms of the commoditisation of the brand within South Africa’s popular youth culture.

“Lucky Star’s commodification as an art object also brings this loss of its authentic value to a different and new market.

“Playing the house music not only acts as the pacemaker for the performance, but stands as a narrating device for making this

commentary on popular South African culture but also speaks towards the context in which/where Lucky Star is eaten and by whom.”

It should be noted that, in addition to this synopsis, the piece also conjured up thoughts of businessman and sushi king Kenny Kunene.