Often used as part of a metaphor to illustrate an unequal society, Alexandra Township (or Alex for short), is hardly mentioned unless accompanied by a reference to Sandton. 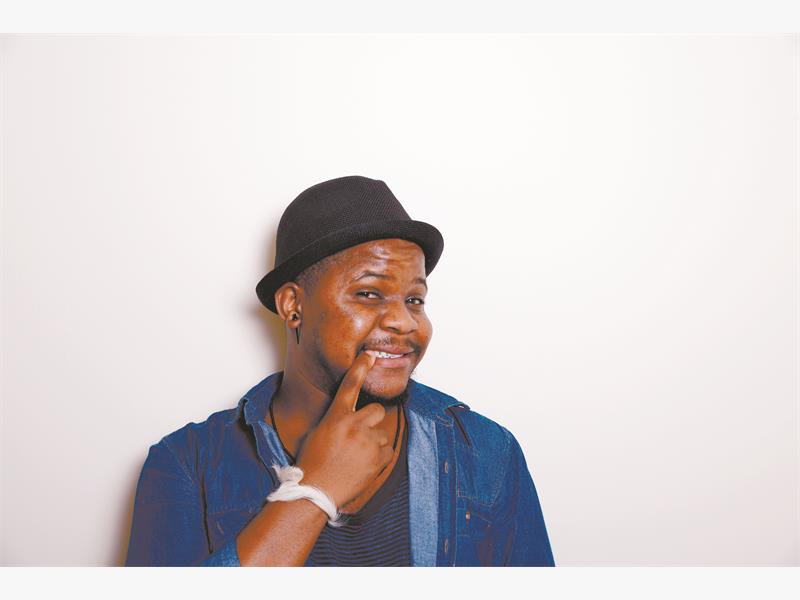 PASSIONATE: Modise Sepeng is committed to affecting change with his art

Its proximity to the wealthy suburb makes it a case study for students or foreigners who cannot believe the disparity that exists in such a compact area. Some years ago, a story was broadcast on a popular current affairs television show about the rat problem in Alex and politically, there was talk of an “Alex Mafia”.

But other than media grandstanding and political point scoring the story of the people of Alex has never really been in focus. Unlike other townships in post liberation South Africa, Alex has never been endowed with romantic praise in the way that Soweto has. It has remained a largely neglected locale, left behind in the new South Africa despite the fact that some notable names have lived here in the past, including Hugh Masekela, Paul Mashatile and Nelson Mandela. 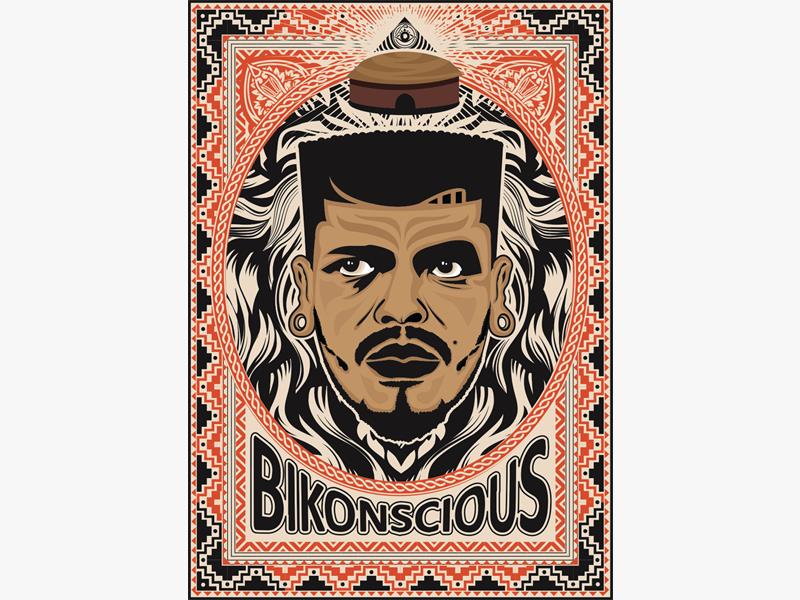 Among the youth, Joe’s Butchery has drawn attention to the township from a social entertainment perspective, but the cosmopolitan gatherings there are not enough to hide the dire squalor that is the township. It goes by the street name “Gomora”, in reference to the biblical Gomorrah, a place of all sorts of wickedness.

Illustrator, graphic designer, photographer and poet Modise Sepeng is an Alex resident whose story recalls a stanza from US rapper Tupac Shakur’s poem The Rose That Grew From Concrete. The verse goes: “Did you hear about the rose that grew from a crack in the concrete? Proving nature’s law is wrong it learned to walk without having feet. Funny it seems, but by keeping its dreams, it learned to breathe fresh air. Long live the rose that grew from concrete when no one else ever cared.”

The artistic perspective culled from such a setting makes for works steeped in history, as Sepeng’s illustrations indicate. In some of his works he traces ancient West African masks, and yearns for a time when Africans were masters of their destiny and not merely the face of destitution. 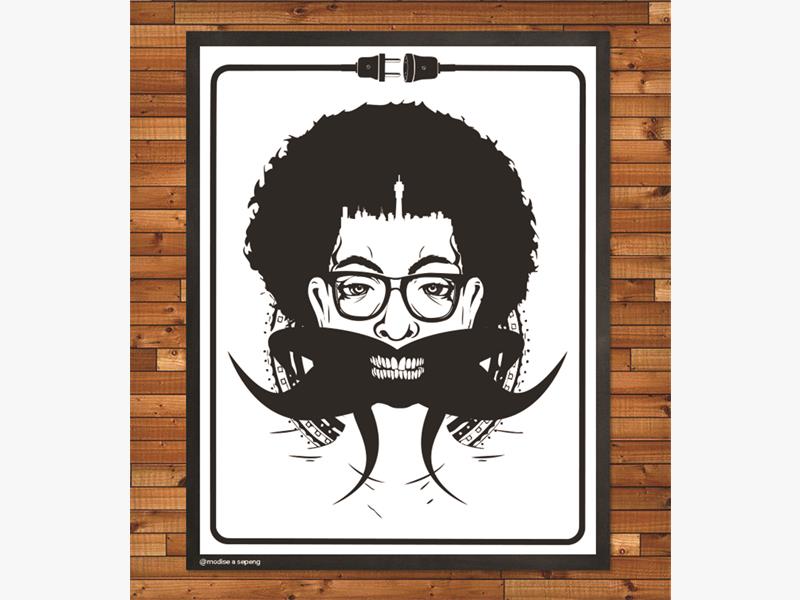 “Alex is like a small country within Gauteng, within South Africa,” says Sepeng.

“It seems like it is detached from the rest of the country. You feel boxed in and it is hard to see beyond what is in front of you on a daily basis. If you are from here it is hard to express yourself artistically. But at the same time, it has a huge impact on your art. I have seen flowers growing from dustbins, figuratively speaking.”

Having navigated through the world of advertising, the industry in which he works to earn his keep, Sepeng is rooted in the idea of the value of self.

“My creativity stems from the cultural ideology of Afrocentrism,” he continues.

“I believe in awakening race consciousness, rooted in a discovery or rediscovery of the authentic self. I want my work to reflect and draw attention to my African heritage.” He cites Négritude as the fuel for his train of thought and what informs his creative process in addition to his surroundings.

“Négritude as a movement was started in France by black consciousness intellectuals from Africa,” Sepeng explains.

“It was a response to their experience with regard to discrimination and racism. But for me and my work, Negritude is more like an extension of that movement. I was touched by their movement and that is what inspired the name Négritude Republic.”

Sepeng plans to make Négritude into a lifestyle brand bringing it out of academic text into people’s everyday lives.

“It’s a brand that in some way would embrace diversity and the celebration of a shared black heritage and then work them into apparel for everyone to wear, in a similar way that brands I look up to have done. The long term goal is to grow Negritude Republic into a brand similar to Afends, Dope Couture, Crooks & Castles, and Supreme and have the brand readily available in stores.”