Travelling with kids can be challenging. Most parents can relate to children being busybodies when in cars, seeking freedom at best and throwing stubborn tantrums at worst. 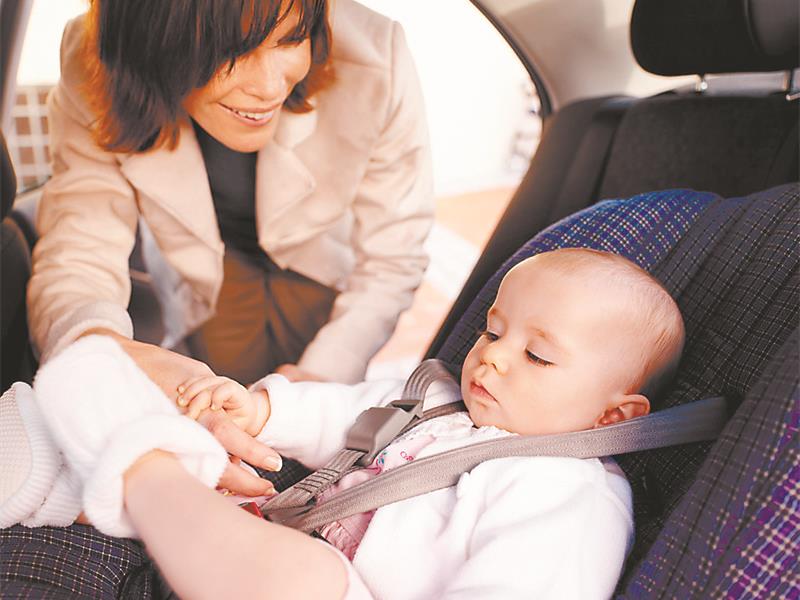 But no matter how little ones behave, it is still the responsibility of the adult to protect their children.

It is one of many motorists’ biggest pet peeves to see a moving car transporting an unbuckled child standing on the back seat or on their parent’s lap, without any awareness of the possible dangers. A road fatality is reported every 38 minutes in this country, with three kids under the age of 15 dying on our roads every day. Globally, car accidents are the biggest killer of young people in the world, according to a report released by the Campaign for Global Road Safety. With such shocking statistics, it’s puzzling that the need to strap a child into a car seat is still being overlooked.

The festive season is here now, and once again the roads will see an increase in long distance travellers. Campaigns by the Department of Transport, Arrive Alive, Lead SA, Imperial I-pledge and more have sought to create awareness around the issue of safe road use, but change only comes when the public takes action.

Not only is it the parents’ responsibility to ensure that the child has a car seat, but that the car seat is age-appropriate. According to Rens Joosten, Trade and Marketing Manager for Dorel, children require different protection at different life stages. For this reason, car seats are designed to support the growing body of the child.

Typically, infants (0-13kg) don’t need an expensive car seat, but should be placed in a rear-facing position. This way, the energy of the impact is absorbed and distributed by the seat shell. Rear facing seats are the safest way to travel and should be used until the child is 15 months old.

Toddlers (9-18kg) can be in a forward facing car seat with harness straps placed above the shoulders. Your baby has outgrown his baby car seat when the top of his ears extend past the top of the seat back. It is important not to switch to the next stage prematurely.

Young children (15-36kg) should use a booster seat with the lap belt fitting low and the shoulder belt across the chest and shoulders – not across the neck. Often the belt positioning, when the child is not elevated, is positioned too close to the neck, and can cause strangulation. If your children (12 years of age and up) are old enough to not need a child safety seat, make sure they wear their seat belts at all times. European countries have instituted a new regulation called i-Size that prescribes that parents make use of car seats until the child is 1.35m, some 1.50m in height.

Joosten says, “A good car seat used incorrectly is still not safe” and he points out that 52% of car seats around the world are wrongly installed.

Having a child and providing for their needs can become pricey. For those who cannot afford a car seat, Wheel Well receives donated child safety seats for lower income families, who can receive these child restraints in exchange for an affordable donation.