TV special fills the gap in the fossil records of man’s evolution. National Geographic Channel hosted journalists, advertisers and media bigwigs for the Fox International and Nat Geo Wild Africa upfront event – and teased with bite-sized morsels of previews for upcoming shows. But it was the first few minutes of Homo Naledi: Dawn of Humanity that struck a chord. It doesn’t often happen that you can hear a pin drop when a group of journalists and media personalities gather in one room.

The fact that the first 10 minutes of the documentary could hush this unruly crowd is a clear indication that, in South Africa, this 60-minute documentary is sure to be a hit. The documentary has all the makings to become a TV classic – and South African’s takes centre stage. The TV event starts with fossil hunter Pedro Boshoff on his bike cruising through the hinterlands of The Cradle of Humankind west of Johannesburg.

With his hard R’s and grizzly moustache, Boshoff was one of the main catalysts that ensured South Africa can again confirm its status as one of the world’s premier fossil sites. Back in 2013 Professor Lee Berger, professor in human evolution from the Evolutionary Studies Institute at the University of the Witwatersrand, asked Boshoff and his two assistants, Steve Tucker and Rick Hunter, to scout for new fossils in the Cradle-area.

Eventually the team accessed a chamber deep underground (now named the Dinaledi Chamber) where they found some significant fossils on the cave floor. This led to the Rising Star Expedition, where 57 qualified candidates (all of them women) participated in an exciting excavation, documented through amateur and professional footage. Nova PBS and National Geographic collaborated to give National Geographic Channel viewers exclusive access to the unique discovery of these ancient remains.

Most fossil discoveries of human relatives consist of only a handful of bones. But down in this hidden chamber, the team uncovered an unprecedented trove of over 1 500 bones that could rewrite the story of human origin. These bones have the potential to fill a crucial gap in the fossil record: the transition from the apelike Australopithecus to the first members of our own genus, the genus Homo – or the first humans.

But how did hundreds of bones end up in the remote chamber? Professor Berger and his team of palaeontologists consider every mind-boggling possibility. The documentary has been met with positive reviews after airing in America. Neil Genzlinger of The New York Times said: “Documentaries about prehistory and paleoanthropology are usually interesting, sometimes even thought-provoking. B

ut you don’t often encounter one that’s thrilling. Yet that is a fitting adjective for Dawn of Humanity, a programme that brings an aura of breaking news to a field that can often seem musty.” 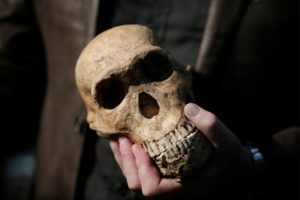 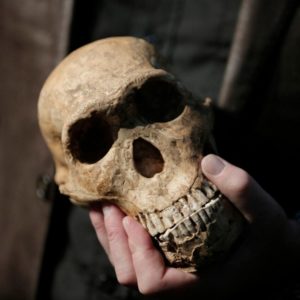