Pick n Pay changed the way South Africans do grocery shopping when they introduced Stikeez to the mix last year. 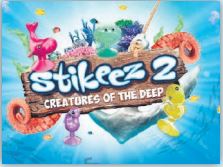 The little creatures with a suction cup base caused an unexpected craze. Parents and kids feverishly started to collect the soft rubber toys. You had to shell out R150 for every toy, with no guarantee of what was inside the little packet making it hard to complete a collection.

Yesterday Pick n Pay announced that the second series of Stikeez are making their debut – and this time you can collect a range of 24 aquatic creatures. The new range will again be issued in opaque packaging which means you don’t know what character lurks inside, so you’re likely to collect a number of duplicates – which is good. Stikeez are great glass markers.

Next time you invite over friends give each person their own Stikee to stick on the base of their glass. This ensures every person knows which glass is theirs – and it’s a great party favour at the end of the night. It’s also nice to know that the R150 you have to spend on a single Stikee translates to about three decent bottles of wine. Another great way to use those duplicates is to freeze them inside ice cubes.

These cubes are a great way to cool down drinks for kids – and perhaps a good way to get them to drink healthier drinks this summer. Stikeez is an incredibly powerful bartering tool, and the promise of your own Stikee when you finish your drink is a good way to get children to gulp down the healthy stuff.