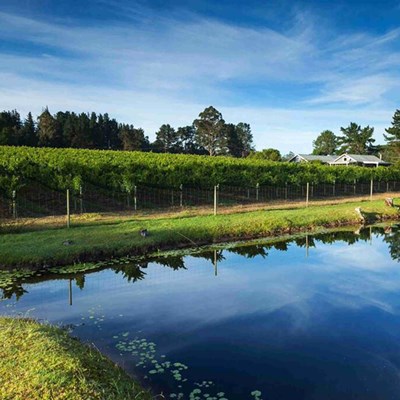 Luka Wine Farm in Harkerville near Plettenberg Bay now boasts international awards for three of its wines, the most recent being its 2017 sauvignon blanc and rosé vintages. Photo: Supplied

Plettenberg Bay’s growing wine industry has been given another feather in its cap after a local farm won two awards during the 2018 Michelangelo International Wine Awards recently, reports Knysna Plett Herald.

Luka Wine Farm, located in the Harkerville area near Plettenberg Bay, was last week awarded a silver for its 2017 sauvignon blanc and gold for its 2017 rosé vintages.

“It is our first rosé and we are extremely excited about this beautiful new addition to the Plett Winelands,” says owner Mark Barnard.

The wine farm won its first Michelangelo gold medal in 2016 for its 2015 sauvignon blanc.

The Michelangelo International Wine & Spirits Awards is the largest wine and spirits competition in Africa and the judging panel includes international adjudicators hailing from five continents and 17 countries.

A family-run vineyard, the farm has its vinification and bottling done at Bramon Wine Estate under the supervision of winemaker Anton Smal from Villiera acclaim. Anton and Mark are very excited about the diversity of flavours attributed to terroir, climate, and care.

Plettenberg Bay is South Africa’s smallest wine-growing region with 58 hectares of the 100,000 hectares planted countrywide. The area is also the country’s most easterly wine region, stretching 57km along the thin coastal strip from Packwood in Harkerville until Lodestone on the Redford Road in the Crags.

The first grapes in the area were planted in 2000 by Peter Thorpe on his Bramon Estate in the Crags, on Plett’s west side. There are currently 18 vineyards with nine producing farms that bottle their own wine.