The 12 best restaurants in SA, according to food connoisseurs

The judges unanimously agreed that South Africa's top restaurants can compete with the best anywhere in the world. It was a time to eat, drink and be merry on Monday night.

The first of two awards ceremonies to announce the winners of the American Express Dining Awards was held at Olives and Plates, at Embassy Towers in Sandhurst, Johannesburg.

Top restaurants in the country’s northern, central and eastern provinces were recognised and awarded, not only for their creative and innovative menus, but also for the quality of the total dining experience they offer discerning diners.

At the helm of the panel of judges is foodie and journo Steve Steinfeld, together with Kaya FM managing director Greg Maloka, an avid foodie and wine connoisseur, and Clive Aaron, a seasoned chef and front-of-house aficionado.

Head of American Express South Africa Chris Wood said: “The excitement around this year’s awards programme has been palpable.

“Developments in the restaurant industry over the past 21 years have taken it into an entirely new lifestyle space, so restaurants and diners alike have been on tenterhooks, waiting to find out how this new generation of eateries stacks up against international criteria.”

Abingdon Wine Estate: This exclusive restaurant and wine bar, on the Abingdon Wine Farm in KwaZulu-Natal, is famous for its gourmet harvest boards and relaxed summer dining under the estate’s heritage oak trees.

Epicure Restaurant: One of the Joburg destinations for unusual cuisine, this Sandton restaurant features fine food and African street food, which is a special attraction of its late-night dining experience.

Grei: Discreetly tucked away at the Saxon in Johannesburg suburb Saxonwold, it exudes sophistication and features a succulent cuisine known for its herbaceous and natural themes.

Marble Restaurant: In the Keyes Art Mile, Rosebank, it is a celebration of contemporary South African cuisine and especially the country’s love of cooking with fire.

NCW: Based in an Edwardian house in the historic Johannesburg suburb of Melville, NCW focuses on pushing culinary boundaries with interesting flavour combinations , textures and presentations.

Restaurant Mosaic: At the Orient boutique hotel in Pretoria, it is a signature hotel restaurant that offers artfully crafted gastronomy in an elegant, art nouveau setting.

Saint: Another Sandton favourite, it offers a contemporary take on traditional Italian cuisine, prepared by top Italy-trained chefs, who are unashamedly obsessed with food as an art form.

Silver Orange Bistro: A well-loved attraction in the village of Hartbeespoort, north of Johannesburg, it offers delicious fusion food and an award-winning wine list in a country atmosphere.

The Chefs’ Table: A gem situated in Umhlanga, south of Durban, it features an open plan kitchen where diners can watch the restaurant’s beautifully plated meals being prepared.

De Oude Kraal: In the original farmhouse on De Oude Kraal Country Estate near Bloemfontein, it offers five-course gourmet meals prepared with love and featuring daily variations based on the season’s finest ingredients. 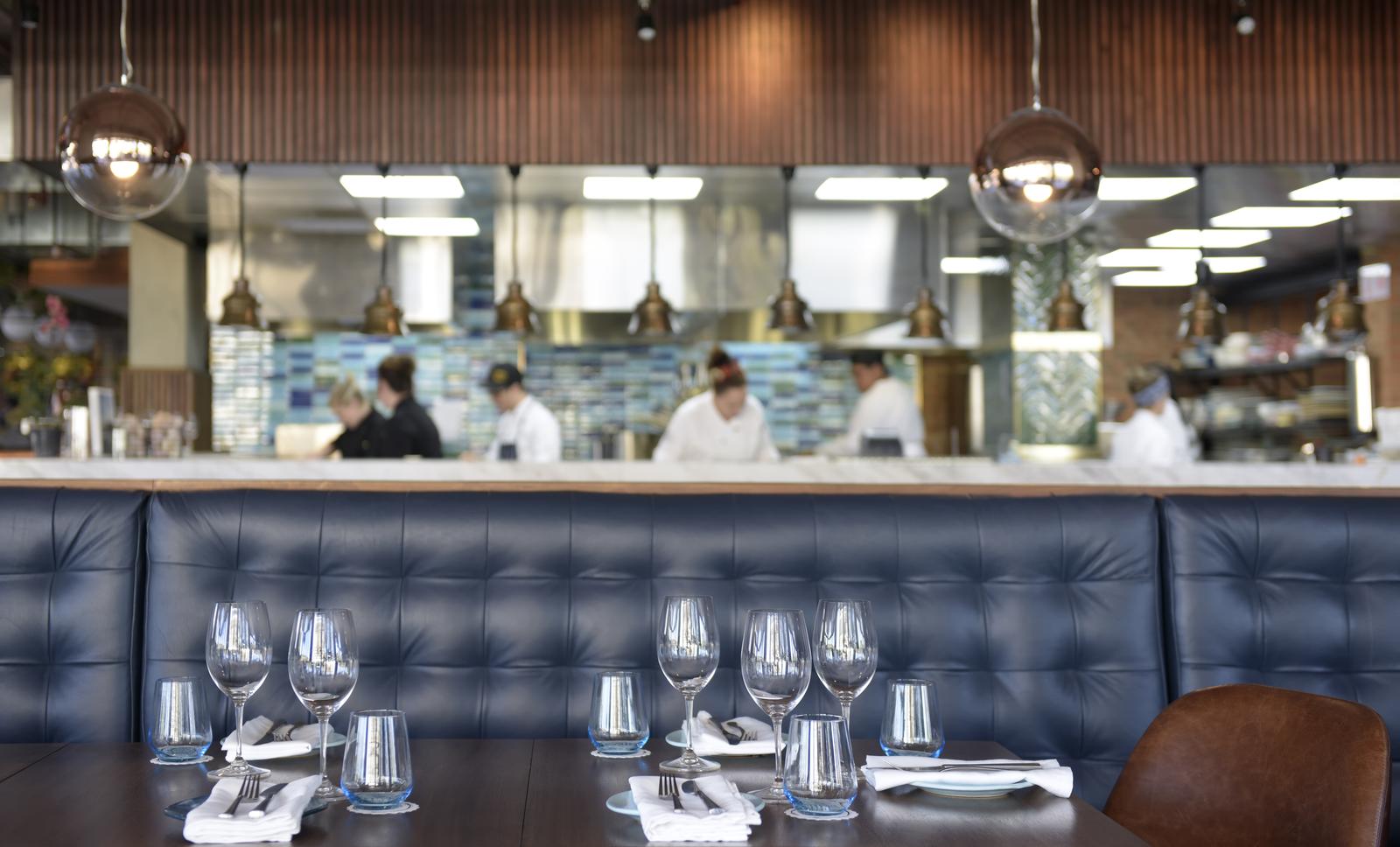 The Chef’s Table in Umhlanga.

Restaurants in the region scooped five of the 10 category awards:

Wine: Restaurant Mosaic at the Orient has one of the best wine lists in the world. It features the finest of South African and international wines, vintage wine and limited editions. A wine service second to none, featuring the finest of stemware, all under the watchful eye of sommelier Moses Magwaza.

Best-kept Secret: Abingdon Wine Estate is a real gem off the beaten path, this wine-bar-come-eatery is four hours from Joburg on a wine farm in the middle of the KZN Midlands.

Pure SA: Marble. Conceptualised by the idea of gathering around the fire, sharing stories, conversing and making sure all who enter are warmly welcomed and celebrated, Marble is a world-class restaurant which, at it’s core, is quintessentially tailored for discerning diners.

Pioneer Chef: David Higgs (Marble). This award is to recognise a visionary chef who has introduced creative and groundbreaking innovation. He has redefined what it means to be a Johannesburg restaurateur. His two restaurants employ over 300 people between them.

In addition, he is one of the founders of The Food Cycle, a project that aims to educate children about the benefits of short and long-term healthy eating habits and proper nutrition. It also serves to introduce these youngsters to two of his passions: the hospitality industry and the sport of cycling.

Wood said: “The judges were spoiled for choice and unanimous in agreeing that the country’s top restaurants can compete with the best anywhere in the world.”

The awards ceremony for the southern and western regions will be held in Cape Town on Monday, after which the region’s winners and winner of the American Express restaurant of the year award will be announced.