Blending: Not as straight forward as you would imagine

It's something of a mystery, even to people who spend their lives making up fine wine blends, how the slightest tweak to the component parts can dramatically alter the taste and mouthfeel of a wine. 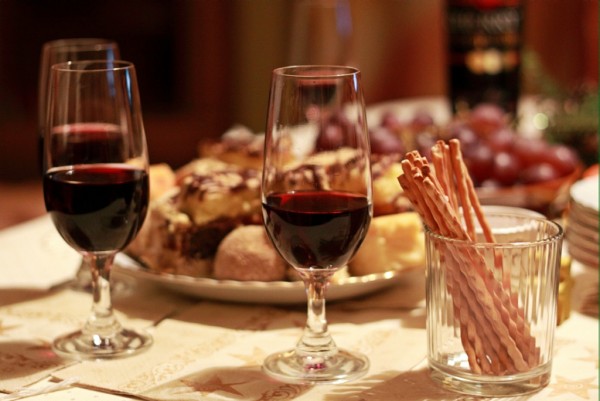 For example, the addition of even 1% viognier to shiraz will polish the rough edges of the red without revealing the faintest whiff of the distinctly floral aromas of the white. Such additions also transform over time: the viognier, for example, becomes more obvious – a factor often forgotten by winemakers enthusiastically hoping to maximise its effect.

Much the same is true of the addition of shiraz to the Bordeaux blending varieties, most notably cabernet sauvignon and merlot. Shiraz can contribute a touch of plushness to the austerity in the classic Medoc combination, as well as a note of fruit sweetness. The Australians have unashamedly used the attributes of this marriage to fast-track the saleability of their cabernets: a dollop of rich, dense-tannined shiraz advances the drinkability of cabernet by several years.

French appellation of origin legislation prohibits this combo – except in a tiny area close to Carcassonne, roughly midway between Bordeaux, home of cabernet, and the Rhone valley, home of shiraz. However, long before the interference of bureaucrats and law-makers, shiraz was very much part of the planting options in the Medoc. (Chateau Cos d’Estournel has records showing shiraz vines on the estate as late as the 1820s). Even after all the shiraz was officially grubbed up throughout the region, bulk wine was brought in from the Rhone to ‘ameliorate’ many of the blends.

The relative proportions of the authorised Bordeaux varieties can have a considerable impact on the final wine, the style and mouthfeel of which can be significantly tweaked with seemingly insignificant adjustments. Hubert de Bouard, proprietor of Chateau Angelus, one of only three “First Growths” of St Emilion and now also a shareholder in Klein Constantia through its associated Stellenbosch vineyard of Anwilka, touched on this when he was in South Africa recently presenting wines from the various estates with which he is associated.

De Bouard’s first acquisition in South Africa was Anwilka itself – a property purchased in partnership with Bruno Prats (who owned Chateau Cos d’Estournel) and Klein Constantia’s Lowell Jooste. Free of the regulatory constraints of France’s Institut National de l’Origine et de la Qualite, the Anwilka shareholders decided that shiraz would be a key component in the estate’s red blend. The percentage varies – according to what the vintage delivers – but the wine is generally velour-like, accessible and in an undisputed New World style.

With the exit of the Jooste family from Anwilka and Klein Constanta, the new structure of the two properties created an opportunity for Bordeaux shareholders to participate in the strategic direction of Klein Constantia itself. It does not follow that they will insist on a formulaic “French” approach to the viticulture and winemaking at this – one of the Cape’s most historic properties. In fact, as De Bouard has indicated, the habit of blending a little semillon into the Sauvignon Blanc has been dropped – despite this being a very Bordelais way of making this kind of white wine. “We see no advantage in diluting the purity of Klein Constantia’s sauvignon blanc,” he said.

The much greater challenge will lie in getting more out of the estate’s reds: there’s no point in assuming that sales of the Anwilka blend will compensate for their very desultory performance. It used to be assumed that the area was significantly better for whites, and that reds would always be a little ‘too elegant’ (a euphemism for ‘thin, light and insubstantial.’)

This is clearly not the case. Constantia Glen (guided by Dominique Hebrard with whom Hubert de Bouard first visited the Cape in the 1990s) has made several splendid reds, so has Boela Gerber at Groot Constantia. Klein Constantia’s Vin de Constance may be the property’s flagship wine, but it’s hardly a bed a laurels on which to repose.