The life-threatening reality of allergies

Whether it's a bee sting or a nut allergy, severe allergic reactions called anaphylaxis can result in life-threatening consequences. 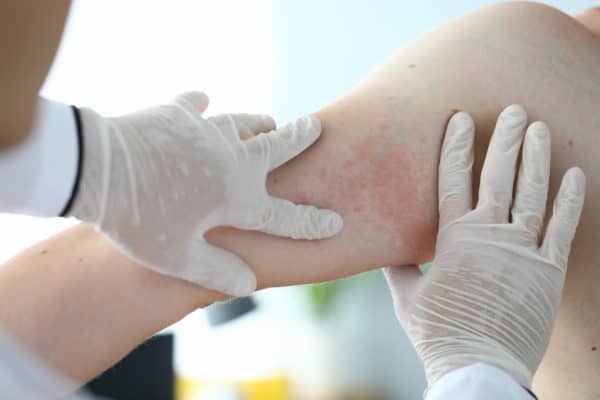 It hurts like hell for a few hours, but it can kill many of us.

Insect bites and, most commonly, bee stings are just some of the nasties that can really make a day untidy.

While other seemingly yum delicacies like peanuts and nuts are a great way to snack, to others a single dust-sized particle of nut can mean a trip to the emergency room.

Add to this list seafood, certain medication, pollen and even sperm. Because somewhere, somehow, allergies develop that literally poison us and send our bodies into overdrive. It is called anaphylaxis and it can happen to anyone, anytime.

The scary thing is that we often do not know we are allergic to something until we break out in symptoms. At least there are common threads of allergies that everyone can be on the lookout for.

According to resource site healthline.com the most common food allergies are eggs, nuts, crustaceans, gluten and milk. Then of course there are furry friends that give us the sniffles, dust mites, mold and so on. In medication, penicillin and sulfite allergies remain the most common says online resource centre Tex2MD.

Professor Mike Levin, CEO of the Allergy Foundation of South Africa (AFSA), says that anaphylaxis is the most severe of the allergic reactions because its onset is often sudden and deterioration can be rapid, it holds imminent danger.

He says that “the quicker anaphylaxis is treated, the better! We can save lives if everyone learns the early signs of anaphylaxis and is able to recognise it and respond fast. That is why it is essential that people at risk, as well as the parents of children who suffer from this condition must know how to reduce the risk, how to recognise early signs, and how to administer emergency treatment if required.”

Reactions to various airborne or foodstuffs or medication can be relatively quick. It usually happens within 15 minutes to an hour after exposure to an allergen. Early symptoms may include a runny nose or skin rash like flushing, redness, itching, hives and swelling.

But, according to AFSA, more serious signs can appear, such as stomach cramps, nausea, vomiting, diarrhoea and swelling of the tongue, the back of the throat and the upper airways.

These reactions may start with a hoarse voice and a persistent dry cough, then progress to a tight throat, tight chest and difficulty breathing.  Further frightening symptoms include a sudden drop in blood pressure, an irregular heartbeat and general collapse.

RELATED: How to manage severe allergies

Professor Claudia Gray, a paediatrician, allergist and exco member of the Allergic Society of South Africa (ALLSA), says if someone with anaphylaxis realises they are having an attack and treats it speedily, then it can usually be controlled quickly. If allowed to progress untreated it becomes more difficult to control, with possible serious results.

“People at risk for anaphylaxis must be taught to immediately recognise the earliest signs so that they can react swiftly. Sufferers should wear a medical emergency disc or band and must ensure that they always carry emergency adrenaline treatment, for example an adrenaline auto-injector, with them and know how to inject themselves.”

There are two primary ways to test for allergies. The first is via a skin test whereby a small amount of an allergen is introduced to the skin and a reaction is measured or observed.

The second is a blood test in which antibodies to a certain allergen are measured. Another, but slightly more risky process for the sufferer, is the process of elimination of, for example, foodstuffs from a diet or engagement in environments where pets are present or specific materials worn, such as latex.

A less obvious but nonetheless potentially debilitating allergy is a reaction to semen. It can cause redness, burning and swelling where semen has contacted the skin, particularly in the outer genital area. Systemic responses such as hives, itching and breathing difficulty can also occur as with other severe allergic reactions.

There have also recently been rare instances where people indicate severe allergic reactions to Covid-19 vaccines. However, says ALLSA, it is extremely rare with incidents ranking at about 1.13 cases per million.

According to ALLSA, the best way forward for people aware of their severe allergies is to avoid the triggers or foodstuffs they are allergic to. Read food labels carefully, for example.

READ NEXT: How to know whether you have seasonal allergies or a cold