Cansa is concerned about the increased number of men being diagnosed with late-stage cancer and urges men to go for their regular prostate examinations. 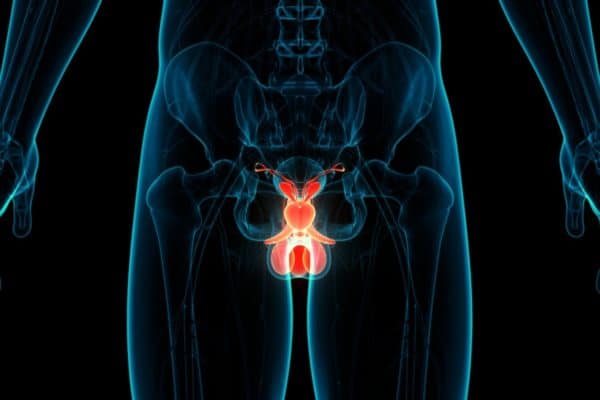 Get your prostate checked on a regular basis. Picture: iStock

Professor Michael Herbst, a health specialist at the Cancer Association of South Africa (Cansa), says many younger men – even in their late 30s and early 40s – are being diagnosed with prostate cancer.

According to him, prostate cancer can therefore no longer be perceived as a cancer affecting only older men.

Reasons why you need to go for regular prostate check-ups:

Head of the department of urology at Sefako Makgatho Health Sciences University in Pretoria, Professor Shingai Mutambirwa, says: “Prostate cancer is the most common cancer in men and the second most common cause of male death from cancer.”

Catch it sooner than later

Mutambirwa says all the data shows that the best chance of curing prostate cancer is if it is diagnosed and treated in the early stages before it has spread.

“However, there are usually no symptoms in the early stages, which is why screening is so important.”

He says 98% of men who are treated in the early stages will still be alive after five years, versus only 30% of men who are diagnosed with metastatic prostate cancer (when the cancer has spread to the rest of the body).

Once the cancer has spread out of the prostate, it makes treatment more difficult.

Herbst says men who experience an increased need to urinate (especially at night) and men who experience a weaker urination stream need to consult a health practitioner. These are “two symptoms that older men in particular need to be aware of when it comes to possible signs of prostate cancer.”

ALSO READ: Use it or lose it: Why your penis shrinks as you get older

What do prostate tests entail?

The vital prostate checks include a digital rectal examination and a prostate-specific antigen (PSA) test, which is a blood test that measures the amount of PSA in the blood stream.

According to Mutambirwa the PSA blood test can take a couple of seconds at a general healthcare practitioner “and can potentially save your life”.

An elevated PSA reading could indicate the presence of prostate cancer and would require further investigation by a urologist. Prostate cancer is diagnosed by a prostate biopsy.

When do you need to start going for regular prostate screenings?

Black African men and men who have a family history of prostate and/or breast cancer in a first-degree relative need to get screened annually from the age of 40. Men over the age of 45 all need to get checked annually.

On 15 October, Hollard will be raising awareness for prostate cancer with the Hollard Daredevil Run through a one-off Covid-19 edition national event, with participants running alone, with a friend or in groups of five maximum.