Child hunger: ‘We can’t do nothing’

Hunger has an immense effect on the human race - especially on developing children – and in South Africa it is a real threat to so much more than just children’s school performance. 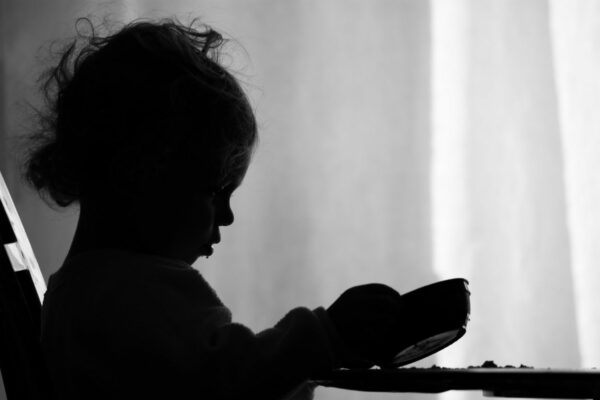 While children worldwide are trying to adapt to the new normal in terms of learning during the Covid-19 pandemic, millions of pupils are fighting another, more serious battle: hunger.

Abraham Maslow’s pyramid of needs includes food under the most basic human need – something required to achieve self-actualisation, which is a state in which a person can act at his or her full potential. This is why the latest local statistics on food insecurity are rather concerning, considering that it has a negative impact on the development of the country’s future generations.

The statistics reportedly don’t look much different today and from the study it is clear that children in South Africa are not just hungry, but food insecure, which means they don’t know where their next meal will be coming from and if they will even have another meal this week.

Andra Nel, KFC’s CSI Manager, says in South Africa 3 million children suffer from hunger on a weekly basis. “When you are hungry, there are very few things you are able to achieve and very limited opportunities for you to truly reach your potential. We talk of hunger as the gatekeeper for children to reach their potential.”

ALSO READ: Child hunger – Society has failed to cater for its most vulnerable, study reveals

Fighting child hunger is not just about feeding hungry tummies, though. It’s also about feeding children, and ultimately the country’s potential, which is why the smallest act of kindness – like donating a mere R2 while buying a KFC meal – could go a long way.

The company’s Add Hope programme focuses on children under the age of 18, ensuring that they get a nutritious meal that includes a large part of their daily needs for their bodies to function optimally. Nel says it is often only after receiving these meals that children can reach their true potential when it comes to educational and other developmental opportunities.

Unless you have truly experienced the effects of hunger, “it’s not something that keeps people up at night,” she says. If we don’t do something about it, the country’s children (and possible, bright future leaders) won’t be able to reach their full potential, because they are hungry.

“It’s a basic need,” says Nel. “As a society, we all need to do out part. The government does its part with an enormous feeding scheme for needy families, but we cannot expect them to solve the problem on their own.”

She says that this is a problem we all need to help with. If each person could feed one other person, imagine what a huge impact that could have.

“The reality is, we can’t do nothing. Because the next generation requires that we do every little bit that we can today,” says Nel.

She refers to recent research, saying that “a child that doesn’t get enough food under the age of five, has up to 80% less earning potential as an adult. That means they cannot give back to the community in a meaningful way. The physical ability is so much less.”

Children who suffer from hunger also cannot learn, think or stand up in class and give a speech. “They have a huge challenge to face even before they’ve opened up a book at school,” says Nel.

In the end, each little drop in the bucket makes a difference in the country’s continuous fight against child hunger and in helping children reach their potential. It is ultimately about helping them develop into thriving, competent adults who can give back by contributing to the country’s economy.