Heart health 101 – What are the differences between men and women?

Do men and women’s symptoms and signs differ when it comes to heart health and cardiovascular events? 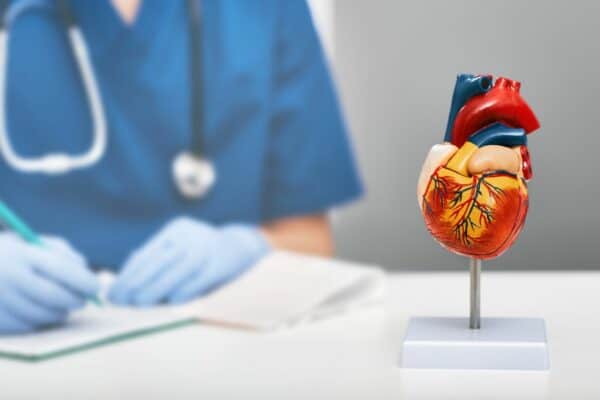 Considering these factors, the topic of heart attacks and cardiovascular disease is unavoidable as many of these have an impact on the health of your heart.

The difference between a stroke and a heart attack

What are the differences between men and women?

Although most symptoms are similar for men and women when it comes to strokes and heart attacks, Dr Chevaan Hendrickse – an Interventional Cardiologist from Life Vincent Palloti Hospital, Life Kingsbury Hospital and Mediclinic Constantiaberg – says there are slight differences.

According to him women are more likely to present with atypical symptoms like shortness of breath, gastritis and discomfort. It is also interesting to note that cardiovascular deaths are higher in women than in men.

Dr Hendrickse says that although patients may present symptoms and signs, it is actually the microcirculation within the heart that is more important than what is seen on an angiogram.

“The heart has different layers of blood vessels. Some can be seen, others not.”

According to Dr Hendrickse, it is mainly the risk factors that cause the differences between men and women when it comes to cardiovascular disease. While smoking, obesity, high BMI, too little exercise, a sedentary lifestyle, smartphones and computers are all seen as risk factors for both men and women, there are certain modifiers in the female system that tend to make women more susceptible for heart disease.

The risk factors and their effects

Hormone replacement therapy during menopause is currently a hot topic when it comes to heart disease among women, as it could increase one’s chances of developing cardiovascular disease.

Oestrogen and progesterone contraceptives have been linked to patients experiencing lipid abnormalities, putting them at risk of developing hypertension.

While the benefit of contraceptives is to stop pregnancy, it also comes with common patient concerns including weight gain, mood swings, cardiovascular risks and future fertility.

Women looking into menopausal hormonal replacement therapy (normally around the age of 51) should also look at the risks first and consult a medical practitioner with regards to the best individual approach.

Dr Hendrickse says that medical practitioners shouldn’t just “dish out these hormones” and that there has been a decline in the use of hormone replacement therapy due to the risk of heart disease.

While research is ongoing on the topic, he suggests oestrogen alone therapy as this has been associated with less cardiovascular events.

According to Dr Hendrickse, preeclampsia also has an effect on cardiovascular disease as it has implications for blood vessels in different organs, including the heart. “A ruptured placenta is also associated with cardiovascular risk,” he says, as is spontaneous pregnancy loss.

Breast cancer is also cause for concern when it comes to heart disease, especially in women, with a high mortality among women with breast cancer, aged older than 65. Dr Hendrickse says they have found that this is often the case among women of black ethnicity and those with left-sided tumours who end up getting radiation to that side of the chest.

“The heart is just in the way,” he says “and the vessels get damaged.”

Lactation has been associated with the reduction of cardiovascular risks. A study published in the Journal of the American Heart Association has found that breastfeeding not only benefits babies, but also mothers, reducing their risk for various health problems, including breast and ovarian cancers, type 2 diabetes and heart disease.

According to researchers, there are several theories about the link between breastfeeding and cardiovascular risk. One theory considers the important role that hormones play during lactation. The other attributes cardiovascular risk with how a woman’s maternal metabolism is reset with lactation.

What about younger people’s heart health?

Younger individuals who are at risk of cardiovascular disease normally have it in their genes. If one’s grandmother or grandfather suffered cardiac arrest in their 50s, it poses as a potent risk factor, says Dr Hendrickse.

He also highlights the fact that smoking has become a rather high-risk factor among the younger generation, referring to a recent admission of a 29-year-old smoker with a family history of heart disease who had a “proper heart attack.”

According to the World Health Organisation, cardiovascular diseases are the number one cause of deaths globally and therefore it is important to know the risk factors and how to look after your heart.