Leprosy: Biblical disease still around, and its symptoms can take up to 20 years to appear

What to look out for and when to see your doctor. 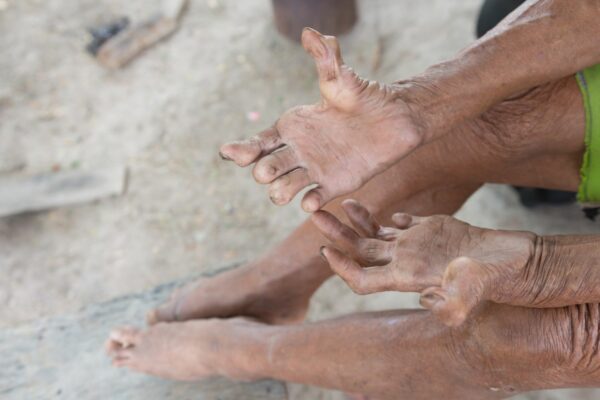 Leprosy is an infectious disease that causes severe skin sores and nerve damage in the arms, legs and skin areas around your body. Leprosy has been around for thousands of years and has affected many people across the world.

It is not a very contagious disease. You can catch it only if you come into close and repeated contact with nose and mouth droplets from someone with untreated leprosy.

Children are more likely to get leprosy than adults.

Today, more than 200 000 people worldwide are infected with leprosy, according to the World Health Organization – most of them in Africa and Asia.

Leprosy, a communicable disease caused by Mycobacterium leprae, is a notifiable medical condition in South Africa. Most of the cases occur in the eastern coastal areas and the south-eastern Highveld.

Although the prevalence of leprosy is low, about 4 000 people in South Africa need medical and social care. Hospitalisation is no longer recommended for leprosy patients as the emphasis is now on treatment in the community. New cases of leprosy are at risk of becoming disabled, especially if not diagnosed early or treated appropriately.

Leprosy is caused by a slow growing type of bacteria called Mycobacterium leprae (M. leprae). It isn’t clear exactly how leprosy is transmitted. When a person with leprosy coughs or sneezes, they may spread droplets containing the M. leprae bacteria that another person breathes in. Close physical contact with an infected person is necessary to transmit the disease. It isn’t spread by casual contact with an infected person, like shaking hands, hugging or sitting next to them on a bus or at a table during a meal.

Pregnant mothers with leprosy can’t pass it to their unborn babies. It’s not transmitted by sexual contact either.

Leprosy primarily affects your skin and nerves outside your brain and spinal cord. It may also strike your eyes and the thin tissue lining the inside of your nose. The main symptom of leprosy is disfiguring skin sores, lumps or bumps that don’t go away after several weeks or months.

The skin sores are pale-coloured. Nerve damage can lead to loss of feeling in the arms and legs. It usually takes about three to five years for symptoms to appear after coming into contact with the bacteria that causes leprosy.

Some people do not develop symptoms until 20 years later. The time between contact with the bacteria and the appearance of symptoms is called the incubation period.

Leprosy’s long incubation period makes it very difficult for doctors to determine when and where a person with leprosy got infected.

Leprosy is defined by the number and type of skin sores you have. Specific symptoms and treatment depend on the type of leprosy.

If you have a skin sore that might be leprosy, the doctor will remove a small sample of it and send it to a lab to be examined. This is called a skin biopsy. Your doctor may also do a skin smear test. If you have paucibacillary leprosy there won’t be any bacteria in the test results.

If you have multibacillary leprosy, there will be. You may need a lepromin skin test to see which type of leprosy you have. For this test, the doctor will inject a small amount of inactive leprosy-causing bacteria just underneath the skin of your forearm. They will check the spot where you got the shot three days later and then again 28 days later, to see if you have a reaction.

Leprosy can be cured. In the past two decades, 16 million people with leprosy have been cured. Treatment depends on the type of leprosy that you have. Antibiotics are used to treat the infection. Doctors recommend long-term treatment, usually for six months to a year. If you have severe leprosy, you may need to take antibiotics longer. Antibiotics can’t treat the nerve damage that comes with leprosy. Multidrug therapy (MDT) is a common treatment for leprosy that combines antibiotics.

Complications of leprosy can include: