SA has taken to social media like never before

The latest data on social networking in South Africa shows massive increase in use. The most interesting statistic lurking in the latest numbers for social network use in South Africa is one that doesn’t look interesting at all. The figures for Facebook use, according to socioeconomic level, reveal that penetration across all levels is almost the same.

This means that a graph showing penetration would be almost a straight line which would, at first sight, seem to be the most boring of findings.

It reveals something far more exciting, though: social media has been “normalised” across all segments of society. Those on the lower rungs of the economy are just as likely to use social media as those at the top.

The SA Social Media Landscape 2019 report, released last week by World Wide Worx and media monitoring organisation Ornico, shows that across age groups, the racial divide and lifestyle measures, there is little difference in Facebook penetration. This section of the report draws on data collected by Ask Afrika, the continent’s largest market research company, in its yearly TGI Survey, which interviews 16 000 consumers.

The data highlights the impact of the launch in South Africa of Facebook Lite in 2015 and some network operators allowing it to be used without data charges being incurred. This meant a massive uptake of Facebook Messenger as a cheap or free means of sending instant messages, and led to Facebook spreading evenly among all population segments.

The report shows that there are now 21 million Facebook users in South Africa, representing 28% of the population. This is up from 19 million users a year ago.

The study, which also drew on data collected directly from social networks and additional market research, reveals that Instagram is the new force in social media. It grew a massive 73%, from 3.8 million to 6.6 million in the past year. This is largely thanks to the intense usage of the photo-sharing platform by media, music and fashion personalities. He is followed by Minnie Dlamini, Bonang Matheba, Boitumelo Thulo, Cassper Nyovest and Pearl Thusi, all with between two million and 2.4 million followers.

This makes Instagram the great soap opera of local celebdom, a dynamic which in itself drives the fans of these personalities onto the social platform.

Its rapid growth brings Instagram into the big five of social networks in South Africa, behind Facebook, YouTube, Twitter and LinkedIn. Although Twitter growth has flattened – globally and here – it still picked up another 300 000 new followers in the past year to take it to 8.3 million users. This means it has grown by the same amount of users every year for the past three years.

On Twitter, too, De Villiers has the biggest following of all South Africans, at 6.2 million, almost double that of the next biggest following, fellow cricketer Dale Steyn. They lead a range of news and sports accounts, interspersed with personalities like Minnie Dlamini, Julius Malema and Gareth Cliff.

YouTube’s following in South Africa has become more difficult to measure due to Google limiting the data it makes available from the video-sharing platform. However, it is estimated to have about nine million users in this country. 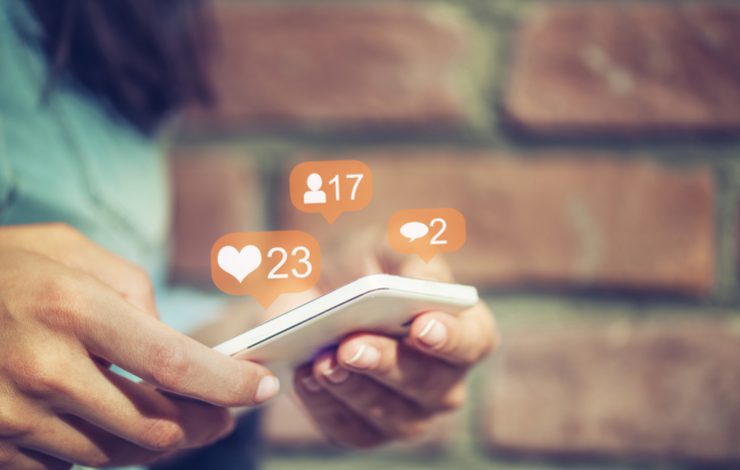 The most popular YouTube channel in the country, for the fifth-year running, remains Kruger Sightings, the wildlife video sharing community started by then-schoolboy Nadav Ossendryver when he was 15. It has passed the million subscriber mark and has had about 800 million views.

The social network that never fails to surprise is LinkedIn, which is regarded as the serious social platform, since it is intended for business and career networking.

LinkedIn now has 6.8 million users in South Africa, up 11% from last year. Most of its growth is coming from staff at small and medium enterprises, revealing that the corporate focus of LinkedIn has now spread across businesses of all sizes.

The most encouraging element of the latest LinkedIn numbers is the finding that women have almost caught up to men in their use of the platform, with 2.2 million users identifying as female, compared with 2.4 million males.

A third element of the study, a survey among South Africa’s largest brands, also highlighted the big five. Facebook is almost pervasive in its use, with 96% of big brands on the platform, followed by Twitter on 87% and Instagram on 78%. LinkedIn comes next, used by 73% of major brands, followed by YouTube at 68%.

The bottom line of all these numbers is simple: South African consumers have taken to social media as never before, and big brands are following eagerly in their wake.