Tecno Spark 7 Pro: Could a R3,500 smartphone really be any good?

The Tecno Spark 7 Pro packs a lot of punch for a device this cheap, but while it shines in the camera department, it lacks elsewhere. 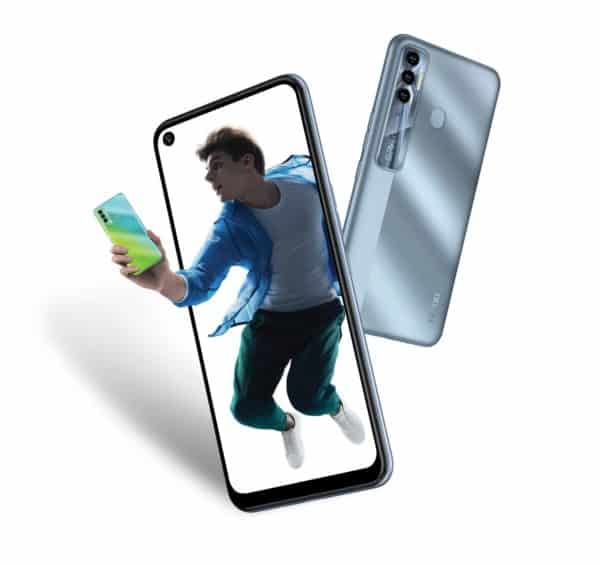 The smartphone world has changed significantly in the past few years, mostly for the better.

Whereas premium quality and cutting edge tech used to be restricted to those who could afford to pay for the flagship brands like Samsung and Apple in the past, there are quite a few budget options available now, which punch far above their weight.

Brands like Oppo, Xiaomi, and Tecno have managed to fill a nice little niche, where they provide near-flagship features in budget phones, which don’t break the bank.

The latter especially has managed to make major moves, with Tecno now being Africa’s biggest selling cellphone brand, despite having a very small footprint in brand and image crazy South Africa.

The company has managed to make major inroads on the rest of the continent, and with the recent release of the Spark 7 Pro model, it’s not hard to see why.

Coming in at a recommended retail price of around R3,500, it is a definite contender if you’re in the market for a budget smartphone.

Also Read: This is when you’ll be able to buy the iPhone 13 in South Africa

The Tecno Spark 7 Pro’s design is sure to be polarising.

It is clear that the brand is targeting a younger, more flashy market with their design choices, if the colour options and design elements are anything to go by.

As someone who prefers function over style in my tech and almost always chooses black, no matter the device, the Spruce Green colour on my review model definitely wasn’t to my taste. Taste is, however, subjective, so I can see some of the younger crowd going for this one.

At R3,500, some costs had to be cut, which is why the only glass on the device is that found on the display, while the rest of the phone is almost all plastic. This isn’t necessarily a bad thing, as it makes the device extremely light, while being scratch resistant and feeling quite nice in hand.

The back is sleek, with an in-line three lens camera module on the back, and a small, circular punch-hole on the front for the selfie-camera, while the display is nearly end-to end with some very thin bezels. Another slightly, off-putting design element, however, is the addition of the word “Spark” scrawled below the rear camera array, which is just a bit too tacky for my liking.

Another design choice which seems a little outdated is the fingerprint sensor on the back, because obviously the price point of R3,500 doesn’t allow for an in-display sensor. Embedding it in the power button or disguising it in another way, as was done by several flagships one or two generations ago, might have been a better option for a sleeker look.

There is obviously no wireless charging, because once again… price… And then there is one of my biggest gripes, which is sure to put off quite a few potential buyers. That is the use of a micro-USB port for charging.

There is simply no excuse for not using USB-C in 2021, especially since most users will already have multiple other devices using this standard cable, and wouldn’t want to lug around an extra cable to charge their smartphone. From my main handset, to my earphones, Bluetooth speaker, and even a couple of pairs of cheap two-year-old Bluetooth earplugs all use USB-C, so the use of micro-USB here is baffling.

What about the performance, you ask.

Well, it’s remarkably good, considering the price. After almost three weeks with my SIM card in the phone, I haven’t once felt like throwing it against a wall, despite it coming nowhere near the speed of any of my regular devices.

Speed, camera performance, storage and multi-tasking ability is obviously nowhere near the flagship, R20,000 plus devices, but I am willing to bet this little phone could give my old Samsung Note from just two years ago a run for its money in all these departments, while totally blowing it away when it comes to battery life.

The Spark is powered by MediaTek’s Helio G80 chipset. This is one of the company’s mid-range chips, and though you probably don’t want to play any processor-intensive games on it, you can still manage to run your average cell phone game and get some multi-tasking done. I personally didn’t notice any significant lag in any of the apps I’ve used thus far.

The Spark 7 Pro boasts a massive 5 000mAh battery, and while being quite a heavy user, I have yet to run out of juice before I’m able to plug it in at night. This despite using my phone for emails, social media, and listening to music throughout the day, and it having a reasonably bright 6.6″ LCD display.

The 128 Gb storage is also more than enough for all the memes and music anyone could ever want in a phone.

Also Read: Use Google like a pro with these new features

Speaking of music though, It isn’t clear which Bluetooth chip the phone uses, but whatever it is, they need to ditch it.

I have tried to connect at least three different pairs of Bluetooth earphones, two speakers, and my smartwatch, to no avail. Thus far the only Bluetooth earphones I have successfully paired with the Spark are Tecno’s own Tecno-Buds, but even these lose their connection at the slightest movement, or if I dare move my phone more than a metre or two away from the plugs.

As someone who loves listening to music while I work, this is extremely frustrating, and while the Tecno-Buds’ audio quality isn’t too bad, I would have much preferred using my favourite earphones, and being able to turn my head more than 5 degrees without losing my Bluetooth connection and having to go through the pairing process again.

Seeing as this device is targeted toward the younger audience, camera performance is probably the most important aspect their users will be interested in.

I’m glad to report that this is truly where the Sparkie shines, despite a bit of lag when clicking the shutter.

The phone boasts AI functionality and picture quality that was reserved for only the priciest models just a year or two ago, and I was truly impressed.

The AI functionality detects the objects in your frame, and automatically adjusts settings to capture the optimal imagery, while that 48 MP rear lens makes sure everything is super sharp and detailed. The rear lens is also capable of getting some great macro shots, and the ultra night mode means it is almost never too dark to snap a pic.

Video also comes with all the social media tools you need to make a banging (do the kids still say banging?) Tik Tok or Instagram post, including slow-mo, filters, continuous auto-focus, and 1080p recording.

The Spark 7 Pro is an Android device, so anyone already in the ecosystem will find it extremely easy to use.

Once again, however, there are a few niggles which have to do with the company’s pricing.

Since it is so cheap, it would appear Tecno has gone the route of including native advertising on their devices, which means you will constantly be bothered by pop-up ads over your favourite work and social media apps, which would drive the ordinary person insane.

The device is also pre-loaded with enough bloatware to slow it down significantly and crush your battery life. Luckily there are plenty of tutorials on the internet on how to deactivate the ads, and though you can’t delete most of the bloatware, you can make them almost invisible by deactivating them and removing their icons.

The Hi-OS Interface is quite clean but if, like me, you prefer something closer to stock Android, I would recommend also installing a launcher like LawnChair, which will allow you to customise your Android experience.

I’m also considering rooting the device, which would allow for endless personalisation, and to a tinkerer potentially destroying a cellphone sounds a lot less daunting if it only costs R3,500 than when it is a more expensive device. More on this in future though.

Definitely, resoundingly, yes! If you use your phone to shoot pictures, video and just do some basic multi-tasking, this is definitely worth considering. If you need to buy a phone for your child, and don’t want to break the bank, while also giving them something the express their creativity with, it’s also not a bad choice.

Would I buy it for myself? Probably not.

The Tecno Spark is an amazing device, considering the price point and what it offers.

The lack of USB-C, the buggy Bluetooth, and the time it takes to get rid of all the ad and bloatware aren’t deal-breakers on their own, but the combination of these is, along with the fact that there are so many comparable devices at similar price points out there nowadays.