Back in 1886, Gottlieb Daimler sold the world’s first truck, and in 1926, Mercedes and Dailmer merged.

Mercedes-Benz has revealed its Urban eTruck concept, which premieres at the IAA Commercial Vehicles show in Hannover, Germany. 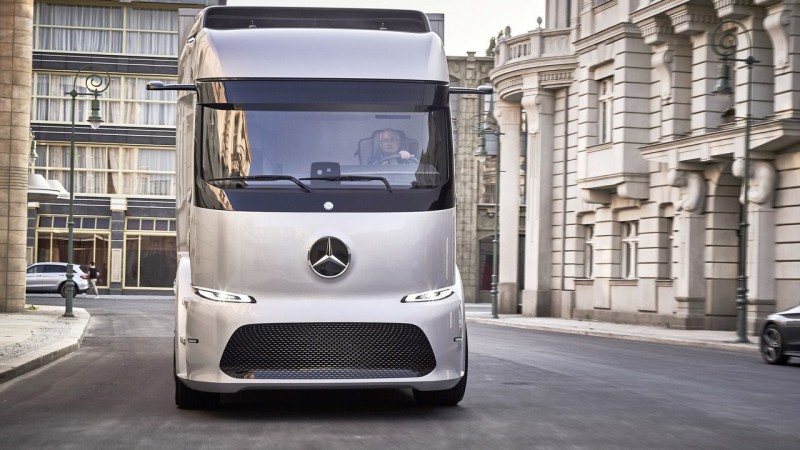 According to the Germans, this electric delivery truck would pack up to a 200km range in standard trim, thanks to a gargantuan 212kilowatt-hour lithium-ion battery. The eTruck can make deliveries, thanks to a pair of electric motors that are adjacent to the wheel hubs.

They produce a total, combined output of 250kW and 1 000Nm of torque, which is immediately available to the driver.

Mercedes imagines the truck with a modular battery pack that companies could tailor to their needs. A business would be able to order a smaller battery for shorter delivery routes, or there would be room on the truck to install a second one for added range. The Urban eTruck’s design follows similar cues as the company’s recent Vision Van concept. Both of them reimagine commercial vehicles for the future by incorporating gentle curves and rounded shapes on to traditionally angular models. The incredibly narrow slits for headlights and stalk-mounted cameras also keep the exterior spartan.

The designers keep a grille in front, despite not needing to cool an engine, but they place a bank of customisable LEDs inside of it. The styling touch looks especially attractive in the night-time photos in the gallery below.

The interior is equally futuristic by eschewing traditional instruments in favour of digital displays. A 12.3-inch screen provides information like navigation directions, vehicle speed, and the battery’s level of charge. A separate tablet gives the driver information about the delivery route. Switching to electric power for these short-distance delivery vehicles would mean fewer emissions in city centres and less noise. Mercedes thinks the tech could be production-ready by the beginning of the next decade.