Pulling the plug on the Mercedes-Benz C350e I own a pet pig named Pigasus Pumba de Kock. Last week, it rained in Alberton, Joburg east, where I live, every night.

These totally diverse facts actually do have a place in a road test report. They affected the way I evaluated the Mercedes-Benz C350e plugin hybrid sedan. I shall explain. 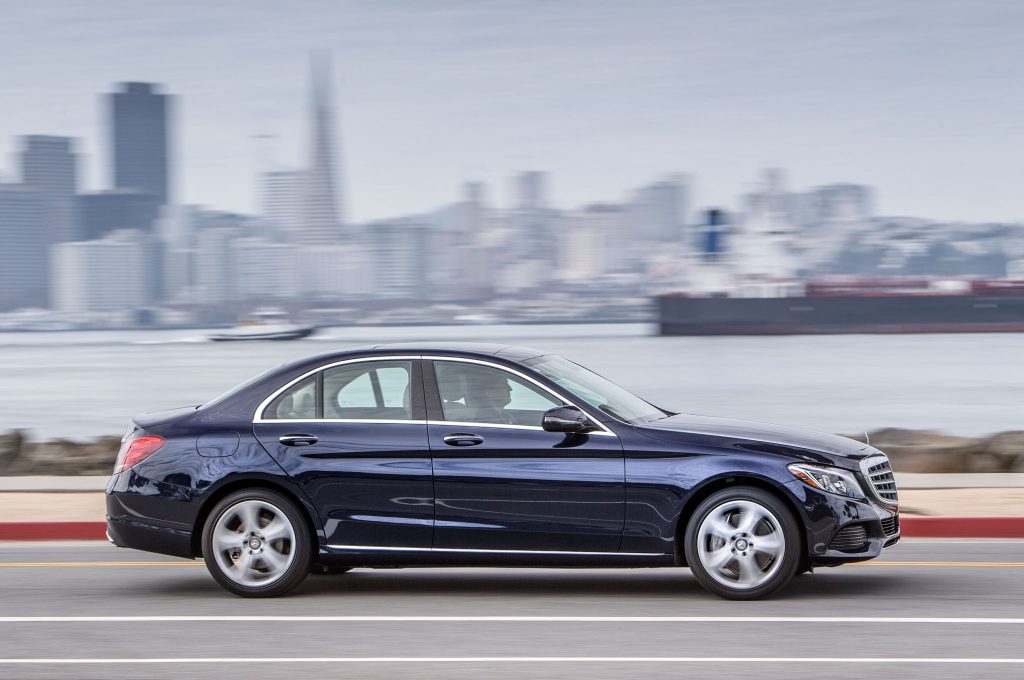 The vehicle comes with a plugin cord you are supposed to connect to the electrical mains of your house overnight.

The car port where test vehicles sleep at my house boasts no power points. This meant I would have to employ a long electrical lead between a plug point in my kitchen and the vehicle.

Pigasus Pumba suffers from insatiable curiosity, and chews on absolutely anything new put on the ground. And, in the rain, deploying long electrical wires outside seemed like a shockingly bad idea.

Thus, I never plugged the car in. Just thought I would put that confession out there. Now, to the vehicle itself. It is powered by a turbocharged, 1 991cc four-cylinder petrol engine that produces 155kW of power at 5500- rpm, and 350- Nm of torque.

It also boasts an electric motor with an output of up to 60- kW and 340Nm of torque. This renders a total system output of 205kW, plus 600Nm of torque.

The car’s electrical energy storage unit is a high-voltage lithium-ion battery with a total capacity of 6.2kWh. The battery is water-cooled, weighs around 100kg and is mounted in a steel housing underneath the rear axle. 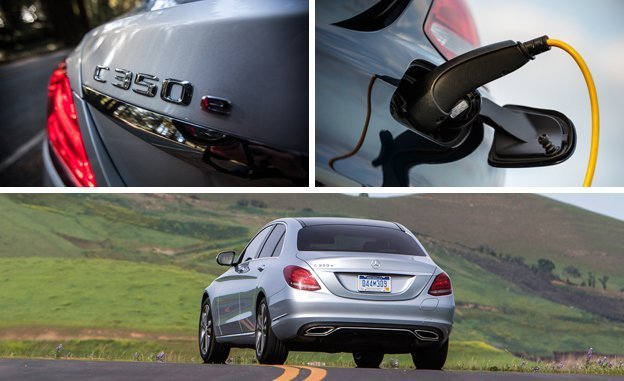 The grunt and twist goes to the rear wheels via a seven-speed automatic transmission that services both the petrol engine and the electric motor. All of which makes the C350e a rapid vehicle.

Mercedes-Benz claim a zeroto-100km/h acceleration time of 5.9 seconds plus a top speed of 250km/h, and we have no reason to disbelieve them. Driving the car is just as easy as with any other automatic vehicle.

You can invoke various combinations of petrol and electric power via the on-board computer, but we reckon most owners would only do that once, for the novelty, before resorting to simply driving the car.

That is a pleasure – the vehicle starts virtually silently and runs in electric mode while you manoeuvre out of your parking space.

You generally pull away on 60kW of electric power while the computer measures how hard you depress the accelerator. When it deems your power needs sufficient, the petrol engine engages, giving you plenty of additional grunt.

During braking and coasting, energy is recovered and stored in the battery for later use. Meanwhile, the engine management system of the C350e works in the background to select the ideal combination between combustion engine and electric motor.

The C350e has Airmatic suspension as standard, which gives it electronically regulated continuously variable damper adjustment, plus self-levelling suspension all round. This results in a brilliantly comfortable ride, coupled to excellent handling capabilities.

Inside, it has everything that can click, bang, or call the Donald Trump direct. Too many to list here, the driver assist items include Attention Assist, which can warn of inattentiveness and fatigue plus Collision Prevention Assist, which protects against collision at speeds of more than 7km/h.

Then, if the danger remains and the driver fails to react, the car can undertake autonomous braking at speeds of up to 200km/h.

Needless to say, the interior is superbly fitted out, the seats extremely comfortable, the information displays easy to read, and the sophisticated multimedia system internet compatible.

Oh, and despite the space taken up by the battery, the car has a boot capacity of 335 litres. Now, for our gripe. Mercedes-Benz say the C350e will deliver a fuel consumption figure of 2.1 litres per 100km.

That has the credibility of an ANC MP. We coasted downhill at every opportunity, treated the throttle pedal with feather-like delicacy and kept it in electrical mode whenever possible.

At the end of the test, the car’s overall fuel consumption read 9.6 litres per 100km. At an asking price of R804 900, the vehicle’s biggest selling point is that it will save the world by partially replacing petrol with electric power. At the same price, one can buy a number of turbodiesel cars that will go as fast, offer the same luxury and safety, but use a lot less fuel. The whole concept fails to make sense.

Maybe it is because I did not plug it in.