Five cars that surely look fast but are really not

These cars' looks can be a little deceiving, sadly. Sometimes automakers release cars with stunning lines or sporty intentions, but the powertrain or handling doesn’t always live up to the exterior’s hype.

Here are cars that look faster than they really are. 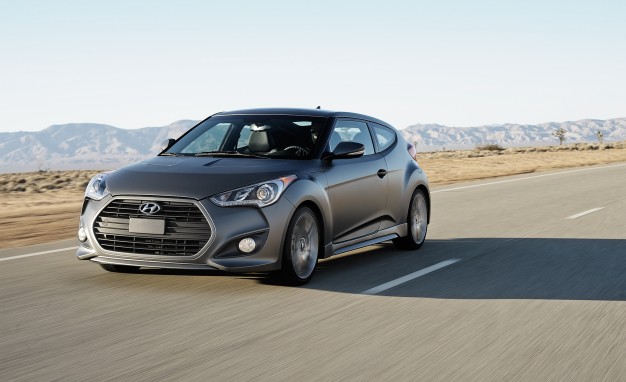 When the Hyundai Veloster came out it looked so curvy and its bold styling gave it the impression of speed.

But then you’re sorely disappointed when you hear the Veloster Turbo has a 1.6-litre four-cylinder engine with just 150 kW and 265 Nm of torque giving it a sprint from 0-100km/h in 7.8 seconds (for the manual) 7.3 seconds (automatic), which is more respectable, but still isn’t fast enough to match its sporty style.

When it comes to modern sports cars, the Toyota 86 looks fast because of its sporty styling cues.
With a 2.0-litre engine under the hood, it produces 147 kW and 205 Nm of torque. But the 86 goes from 0-100km/h in a somewhat sluggish 7.6 seconds.

The performance figures are not terribly impressive and, although it’s a fun car to drive and handles great, the fact that it just isn’t fast has left enthusiasts wondering what could have been.

The new Mazda MX-5 sure is one attractive looking roadster.

More like the Mazda6, the new MX-5 definitely looks the part when it comes to look fast in ways previous-generation models didn’t. And it can be fast, but just not in a straight line–  corners are where it shines.

With 118 kW of power and 200 Nm of torque produced by a 2.0-litre engine, it isn’t going to blow the doors off any other cars on the road, but its advantage is when the roads get twisty. With its funky styling and aggressive fender flares, the frog-eyed Nissan Juke looks much faster than it is.

While the 140 kW 1.6-liter turbocharged four-cylinder, CVT, and torque-vectoring all-wheel drive make it fun to drive. Despite weighing only 1133 kg, the 500 Abarth takes nearly 7.5 to 8.0 seconds to reach 100 km/h.
While it is slower than it looks, its aggressive bodywork and loud engine note suggest a bigger punch.