It was down to Franschhoek in the Western Cape to drive Alfa Romeo’s new Giulia range of cars. Now I am not going to lie to you, if it was not for the fact that we would get a drive in the high performance QV model, I just might have got stuck in traffic , but having to be at the airport at 5am meant I had no such excuse. 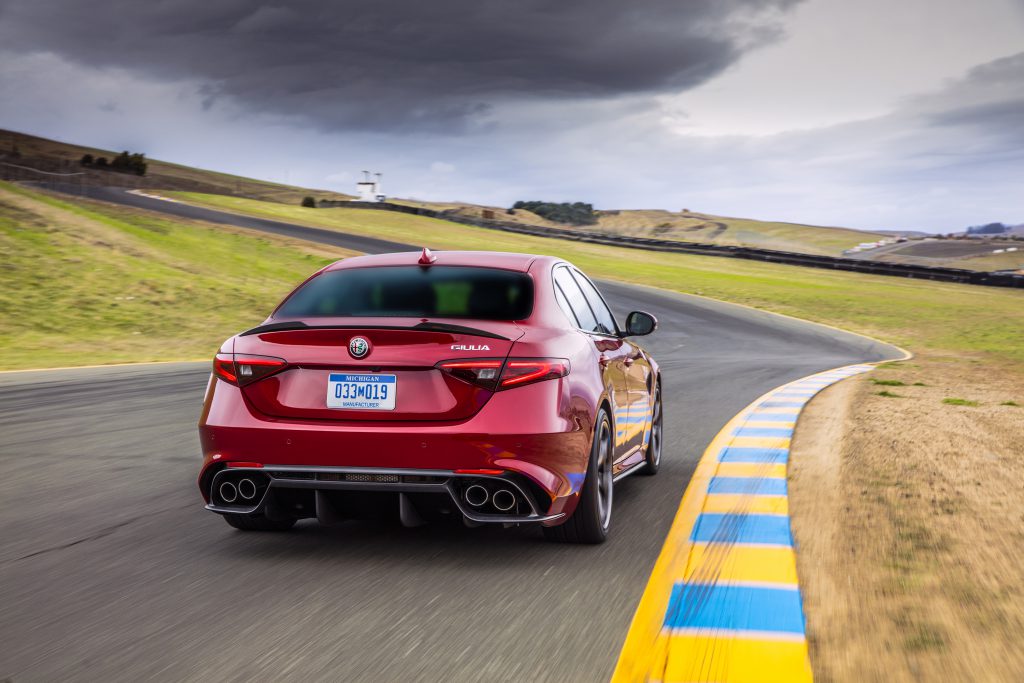 The Giulia has been running around SA for sometime already, and all 46 of the limited edition QV Launch and Race models sold out almost immediately. So now you can only order the 2.0-litre Base model starting at R555 000, along with the Super version that comes in at R625 000, and the Super with Stile Pack retailing at R695 000, and then of course the QV (Quadrafolio Verde) will be available in limited numbers from R 1 400 000.

So after a rather amusing trip to Johann Rupert’s private track on his wine estate, L’Ormarins , where we were driven by a chap fondly referred to as, George the Greek, in a classic Alfa Romeo Giulia Super, that had a wheel catch fire and pop due to the brakes binding , it was time to experience the more modern versions of the Giulia. 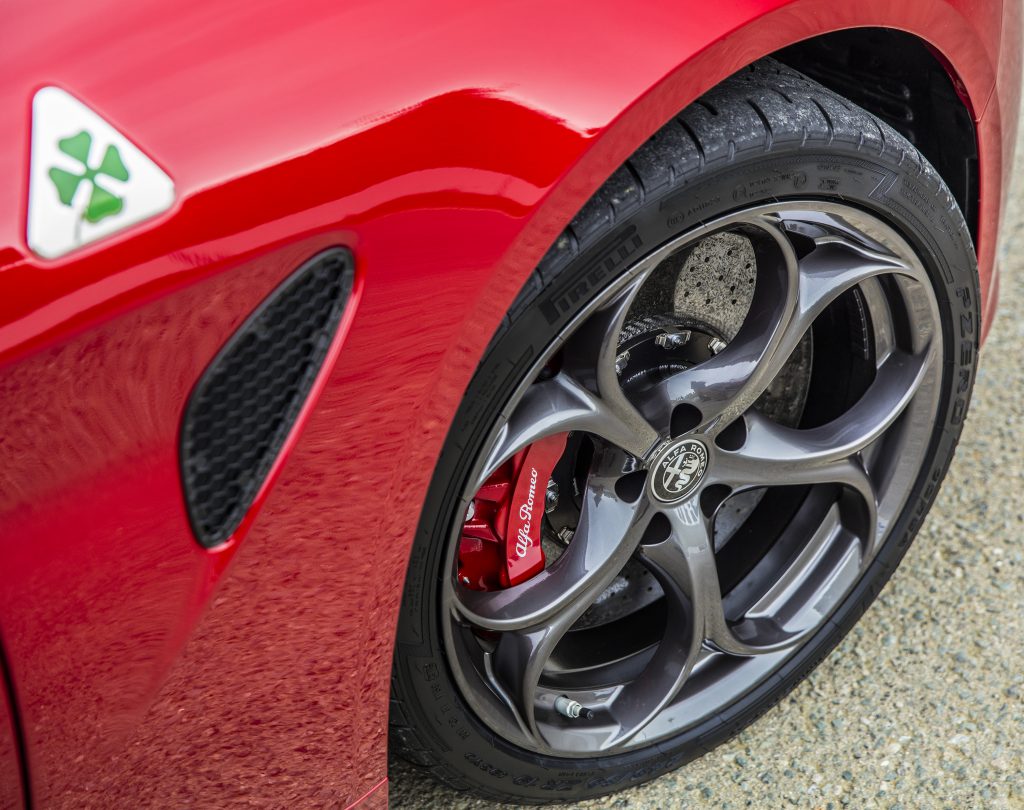 First up it was a few hot laps in the Ferrari derived 2.9-litre V6 Bi-Turbo 375kW / 600Nm real-wheel driven QV. This is the car that has taken serious aim at BMW’s M3 and Merc’s C 63 AMG, and if I am to believe every report I have read so far, it has been successful in its mission.

Alfa Romeo has made generous use of carbon fibre for the likes of the bonnet, roof, front splitter, and rear body inserts, and then also aluminium for the doors, the wheel arches and the trick multilink suspension front and back. This was not only done to keep the overall weight of the car down, it also serves to hit the perfect 50:50 weight distribution they were going for.

Alfa claim an electronically limited top speed of 307km/h, and acceleration from 0-100 km/h in a mere 3.9 seconds. I was never going to find out if this was possible on the L’Ormarins track, but I can tell you that I was immensely impressed by the Giulia QV’s handling. 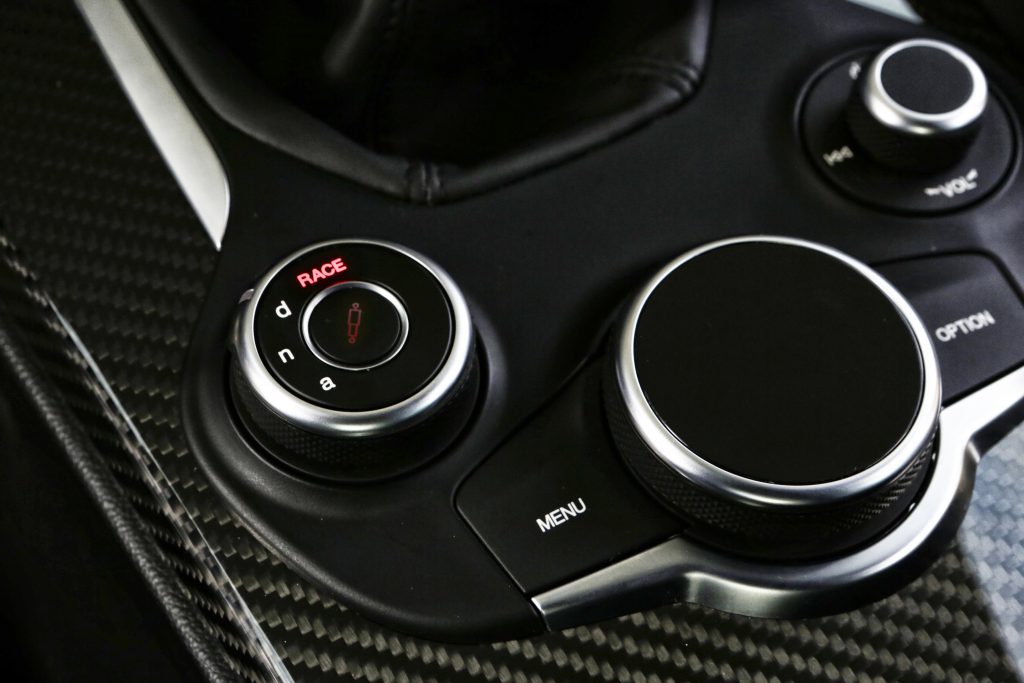 The steering is light and direct in a good way, the eight-speed auto box shifts as fast as double clutch offering, the urge is built in a controllable and linear way, and this allows you to be more aggressive with the go pedal coming out a corner. The Alfa Giulia QV is easier, less life threatening, to drive fast around a track than BMW’s M3 and Merc’s C 63 AMG is. What this means on the road I can’t tell you because we never took the car onto the street, but logic suggests it would be the same result.

A little side note. I did drive the Race Edition first and then the Launch Edition afterwards. The two cars felt worlds apart in terms of suspension stiffness, with Race Edition being way stiffer. This was point backed up by my driving partner, who has racing experience around the world, and who I rate as one the fastest, smoothest drivers out there. We were told it was a tyre pressure issue and that the two cars should have been exactly the same as the difference between them are cosmetic. They weren’t the same, and it felt like it was more than a tyre pressure issue, so who knows. I actually thought the softer Launch Edition was better. 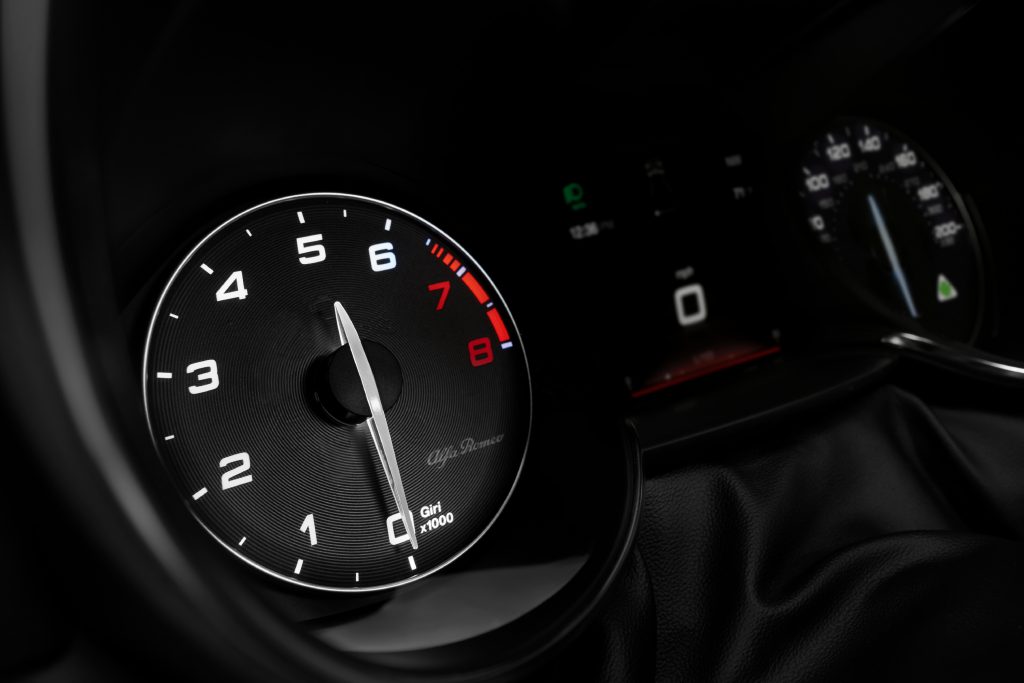 We did take to the road with the 2.0-litre four-cylinder 147kW / 330Nm Giulia models, and they ticked all the boxes a sedan in this segment should. Their biggest hurdle to immediate sales success is that they are playing with the three premium German stalwarts in 3-Series, C-Class and A4, and some exceptional non premium offerings in the form of the VW Passat and Ford Fusion, but arriving at a much higher price.

The new Giulia offers prospective buyers a great looking car, that performs exactly as claimed, but sadly, sales history over recent years has shown us that Alfa Romeo’s brand equity is not what it should be in South Africa, and the asking prices might be a little too rich for many when it comes time to put your money where your mouth is.