Everybody, it seems, wants an SUV in this country. If it is not a big, full-size one for dad, then certainly a compact one for mom is on the wish list of most families. Manufacturer after manufacturer is jumping on the compact crossover/SUV bandwagon and bringing just such models to market in order to tempt you to their brand.

You can spend less than R200 000 right up to close on R800 000 for a compact SUV today. It all depends if you are shopping in the entry-level market, the value-for-money part, or the over-the-top premium segment that offers you more performance than most hot hatches can muster on the road today. 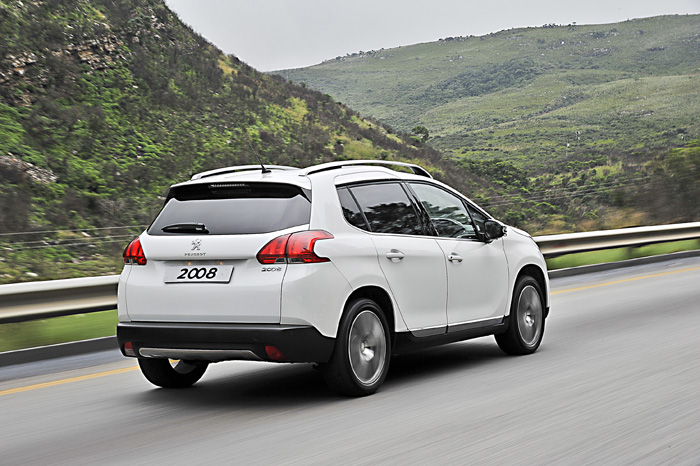 The Peugeot 2008 1.6 VTI Allure at R269 900 falls right in the middle of the value-for-money portion of this ever growing segment. Maybe I should add though, this is the only derivative it offers, so if you want a Peugeot compact SUV, this is the only one you can have for now. I am sure other derivatives will be considered for the future. I can only think an auto will be an option, as will a small capacity turbo engine too.

So since we only have this one to talk about, let us start with the styling. The 2008 is based on the same platform as the 208 hatchback. So it is compact. And it doesn’t look too bad either. None of these compact-type SUVs have mind blowing good looks anyway, but the 2008 is pleasant to look at. 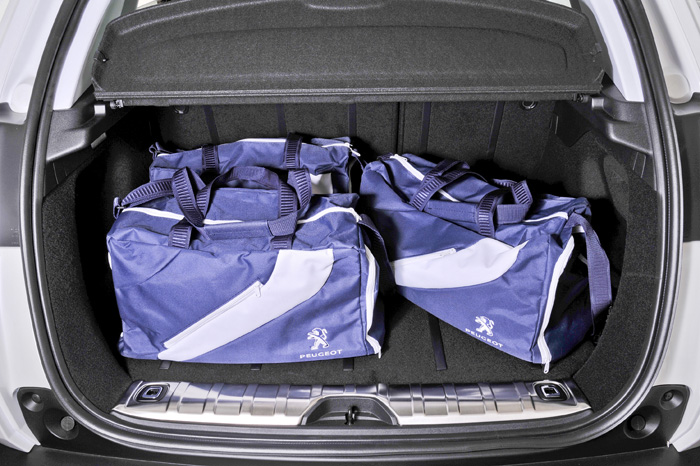 Because of the compact look and platform it comes from, I was expecting the 2008 to be rather small inside, but I was pleasantly surprised by the amount of room that was available for everybody. It also has a decent sized 360 litre boot.

The split rear bench seat folds away completely, leaving a flat-floored cargo area that can easily accommodate almost anything you would logically expect to load into a compact SUV.

It did take me some time to get used to the interior layout and styling of the 2008. The quality of the materials and the level of spec on offer was not the problem. You get a full-colour touchscreen display that gives you access to all the infotainment offerings, which include integrated satellite navigation, Bluetooth-powered telephony and audio streaming, USB and auxiliary audio inputs, a trip computer, and an FM/AM receiver with multiple speakers to go with aircon, power windows, steering and anything else you can think of. 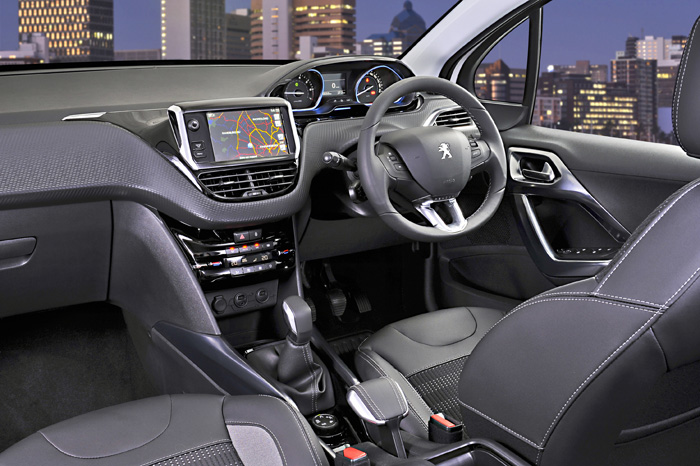 The problem was the small steering wheel that sat very low down in the cockpit for a six foot-plus driver. If you tried to raise it up enough to be more comfortable then the top of the wheel would block off big parts of the speedo and rev counter. My somewhat shorter wife had less of an issue on this point. I guess Peugeot might argue that most of the driver’s of the 2008 will be women. They just better hope that most of them are relatively short.

Up to this stage I was mostly happy with the 2008. But then I reached for the gearlever and my motoring world fell apart. I have not come across a gear lever with so much free play and travel in it between first and fifth gear in a modern car in ages. I am sure somebody is going to argue that this was done intentionally to keep the gearbox light and easy to use, and this is true – but it is not precise at all.

I was actually expecting to miss a few gears when doing my performance runs at Gerotek, but I have to say I never missed a gear. I also wasn’t expecting fireworks from the 88kW/160Nm naturally aspirated 1.6 litre engine, especially up here on the Reef. I have attached all the test data as per usual but this 2008 is not about breaking speed records. 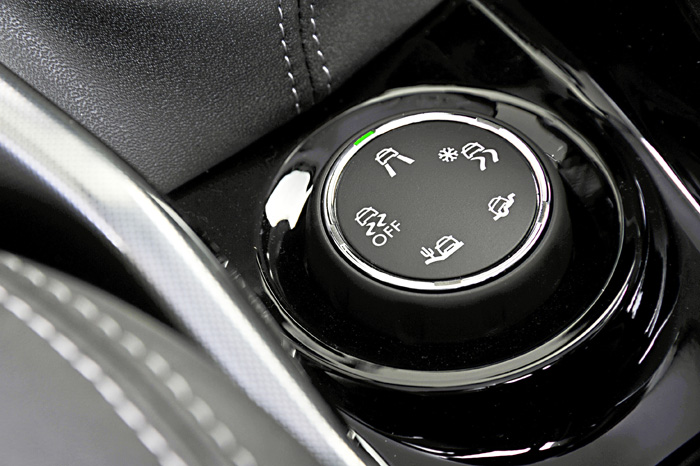 The vehicle even has a little rotary dial in the centre console that offers you a few grip settings like mud, sand, snow and even traction off. This is called Peugeot’s Grip Control system and I never had need of it, other than to switch the traction off when doing my performance runs.

But then for some unknown reason it wouldn’t let me make any further changes once it defaulted to traction control back on mode. So I couldn’t switch the traction control off again nor could I select any of the other grip options. Switching the car off and on allowed the system to function again. I didn’t do any more sprints for the day, so who knows what was going on with the vehicle? I certainly didn’t.

The 2008 is about urban commuting and family trips and for this I think it does a decent job. Even the fuel consumption came in at a decent 7.0 litres per 100km. Obviously I never achieved the 5.9 litres per 100km claim, but then again who does actually come close to what a manufacturer claims these days? 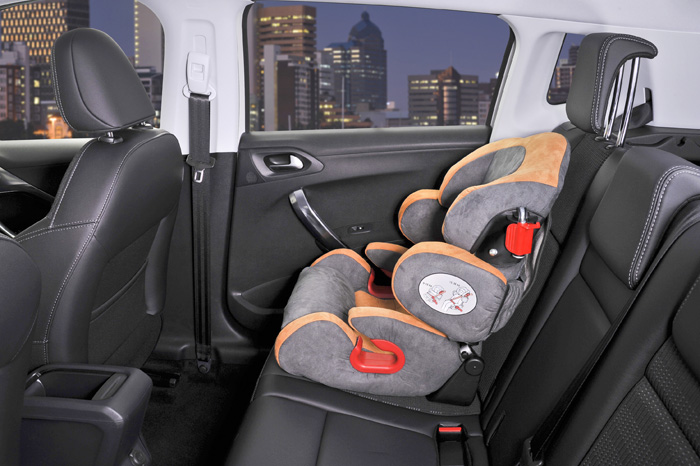 Closing out the family orientated offering is a full-house of safety equipment onboard from front, side and curtain airbags, to the latest-generation electronic stability control, as well as ABS brakes with emergency braking assistance and brake force distribution.

So the big question is, would I run out and buy one? The Peugeot 2008 is not a bad vehicle, it has more spec than any of the competition, but it is pricey, and it does have a few too many quirks for me to be at the top of my shopping list.

There is plenty competition after your money in this segment. Shop around, test drive and compare before deciding on this one, is my advice. 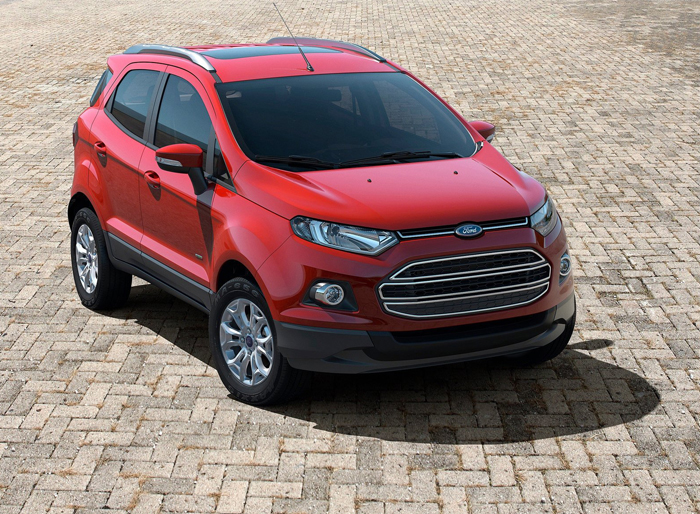 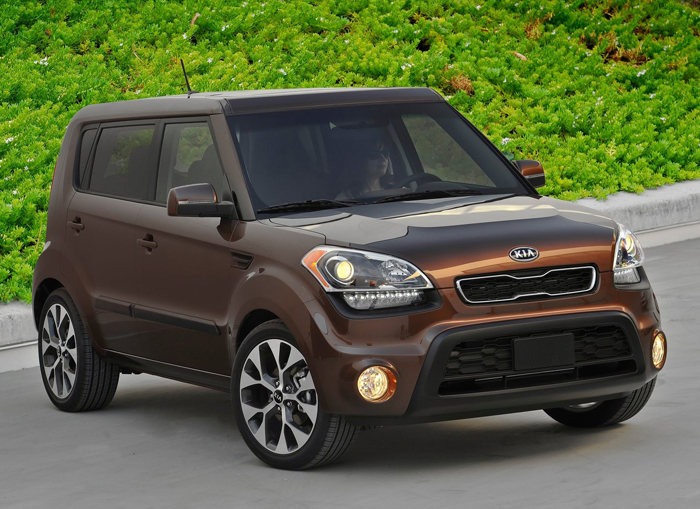 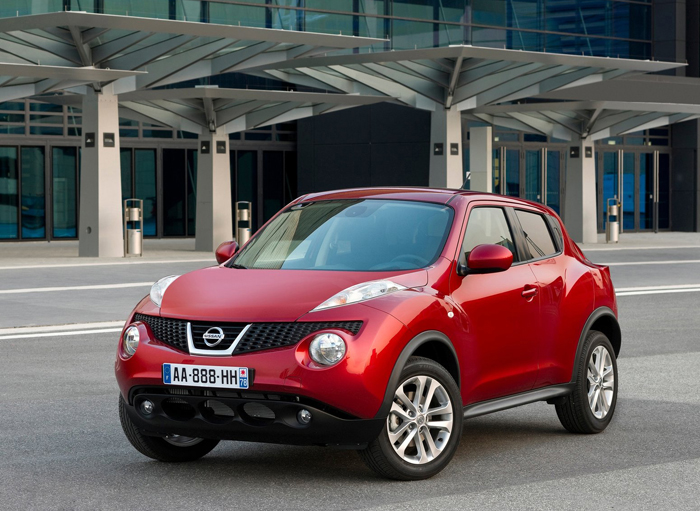