The Ferrari Portofino is the new V8 GT set to dominate its segment thanks to a perfect combination of outright performance and versatility.

The Ferrari Portofino made its official debut in South Africa at a private preview held at the official Ferrari dealer in Johannesburg. 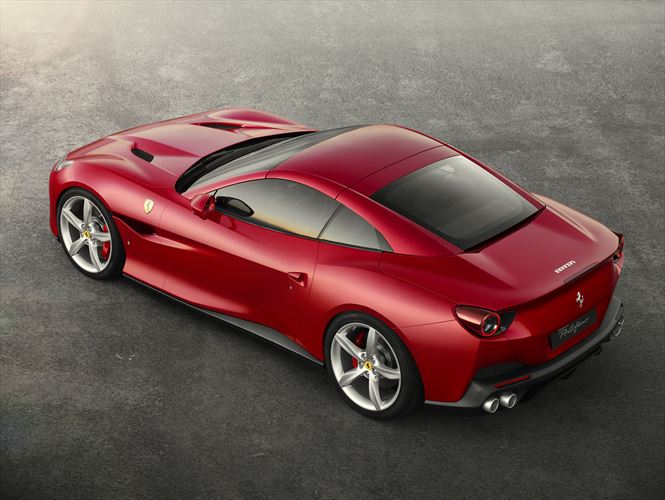 Revealed earlier than anticipated in the market, the Ferrari Portofino is the new V8 GT set to dominate its segment thanks to a perfect combination of outright performance and versatility.

Named after one of Italy’s most charming villages on the Italian Riviera, Portofino- the new model is the most powerful convertible to effortlessly convert from an authentic ‘berlinetta’ coupé to a drop-top in just 14 seconds. Its’ distinctive Ferrari V8 soundtrack has also been further enhanced and can be fully appreciated, particularly in top-down driving.

The Ferrari Portofino’s vehicle dynamics have been completely revised and new technological solutions have been introduced for the first time on this type of Ferrari model. The third generation electronic rear differential (E-Diff3) has been adopted and integrated with the F1-Trac, improving both mechanical grip and the control of the car on the limit. The Ferrari Portofino is also the first GT in the range to be fitted with Electric Power Steering (EPS). This allowed the engineers to reduce the steering ratio by seven per cent for even more responsive steering without a trade-off in stability thanks to the integration with the E-Diff3.

The Ferrari Portofino also features the Variable Boost Management, a control software developed by Ferrari that adjusts torque delivery to suit the gear selected. This enables the Ferrari Portofino to offer even higher levels of acceleration in all gears and lower fuel consumption compared to previous models.

The Ferrari Design Centre penned the Ferrari Portofino as an aggressively-styled vehicle with a two-box fastback configuration – unprecedented in a coupe-convertible with a retractable hard-top. The result is a sportier character, by adding extra sleekness to its silhouette, without compromising its elegance and dynamism. The Portofino’s cabin too has also been carefully designed and improved to ensure formal and functional coherency between the cars’ exterior and interior, a reduction in weight and creating more space for occupants.

“We are thrilled to introduce our latest addition to the Prancing horse family in South Africa. The Portofino is a benchmark in its segment and surpasses all expectations of a V8 grand tourer. We believe this exceptionally versatile drop-top embodies the perfect combination of design excellence, supreme performance and unmatched technology”, concludes Mervyn Eagles, CEO of Scuderia South Africa.