Local is more than lekker with refreshed Mercedes-Benz C-Class

‘This new model is the sportiest and most dynamic to date, and we are confident it’s going to appeal.' 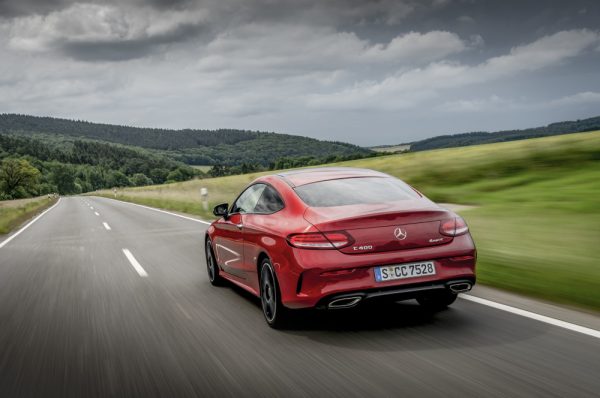 Mercedes-Benz SA has launched the new edition of its highly successful C-Class range to the local market. 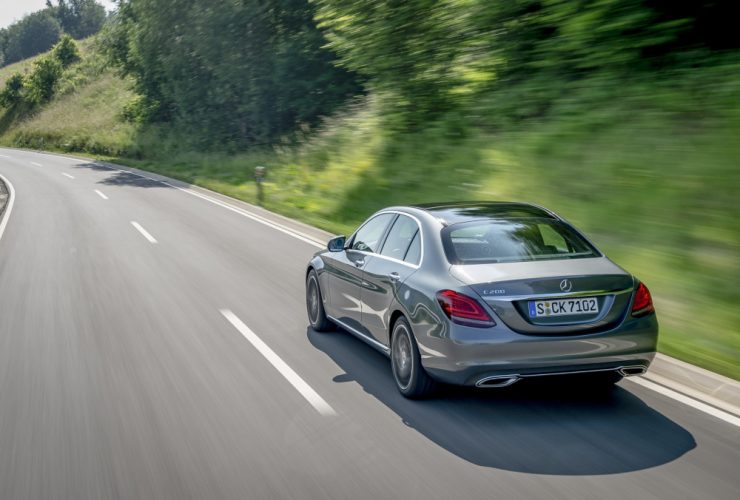 This happened recently at an event in Johannesburg’s inner city, celebrating the brand’s strong links to South Africa amidst themes of improvement and renewal.

The C-Class is the most successful model series from Mercedes-Benz, and the new edition boasts a wealth of enhancements.

In terms of looks, it features a redesigned front-end, with new look headlamps and tail lamps.

The electronics are completely new, with safety and driver assistance systems now at the level of the flagship S-Class series. There are also new petrol and diesel engines across the range. The secret of the C-Class success is partly down to the wide model range, also including two sporty two-door versions: the coupé and the cabriolet, which have opened up entire new audiences in the local market, says Selvin Govender, marketing director of Mercedes-Benz Cars SA.

“South Africans just love the C-Class,” says Govender. “This new model is our sportiest and most dynamic C-Class to date, and with its looks, safety and performance, we are confident it’s going to appeal to a broader audience than ever before.”

The new C-Class has a strong South African flavour: it is built at Mercedes-Benz East London plant in the Eastern Cape.

The German carmaker recently announced a R10 billion investment to significantly expand the C-Class production plant in East London and to equip it for the future.

The decision to make the new generation of C-Class (W206) in East London reaffirms the plant and Mercedes-Benz’s commitment to South Africa. The new-look sedan features the diamond grille as standard in combination with AMG Line, with front bumpers redesigned for all lines, and rear bumpers varying according to the selected equipment and engine variant.

It comes with LED high-performance headlamps featuring a particularly striking interior design. For the first time
in this model series, multibeam LED headlamps with ultra-range high beam are available.

The model features a brand new electronic architecture, with the major addition being the latest Mercedes-Benz driving assistance systems.

This puts the new series on par with the S-Class, providing a higher level of active safety and ability to drive semi-autonomously in more situations.

The interior has also been given a facelift. The sporty interior’s centre console is characterised by an elegant flowing trim element, with the option of new materials: open-pore brown walnut or open pore anthracite oak.

The new multicontour seat package now literally offers a massage: the side bolsters and lumbar support can be individually adjusted by means of an electrically driven pneumatic pump. The operation of Distronic and cruise control with controls directly on the steering wheel is another new feature.

The updated range sees the launch of a new generation of four-cylinder petrol engines. There is a new four-cylinder, 1.5-litre turbo-petrol engine in the C200, with nine-speed automatic transmission across the range.

The 1.5-litre engine is supplemented with a 48-volt on-board network and the EQ Boost integrated starter-generator that produces an additional 10kW and 160Nm while accelerating.

The new 1.6-litre variant of the diesel engine family will celebrate its world premiere in the C-Class. The C220 d 4Matic providing a healthy 143kW and 400Nm. There is also more performance for the mighty range-topping C43 4Matic, which boasts a V6 biturbo engine that combines powerful output with low consumption and emissions.

For the new C-Class, the AMG development engineers have increased the output of the 3.0-litre V6 en gine by 17kW to 287kW.

This package allows impressive performance figures: the new C43 4Matic Sedan accelerates from a standstill to 100km/h in 4.7 seconds, with top speed electronically limited to 250km/h, it is claimed. The highly sensitive sensors of the standard anti-theft alarm system can detect situations – impact caused by another vehicle when parked, is towed away, or a break-in attempt – and immediately send a “push notification” message to the Mercedes me App. The optional feature includes the new sensors and the corresponding software.