Brad Binder – definitely a biker to bet on in future

His consistent upward trajectory of wins is not by chance – he has a multifaceted plan, with winning Moto2 world title the next target. 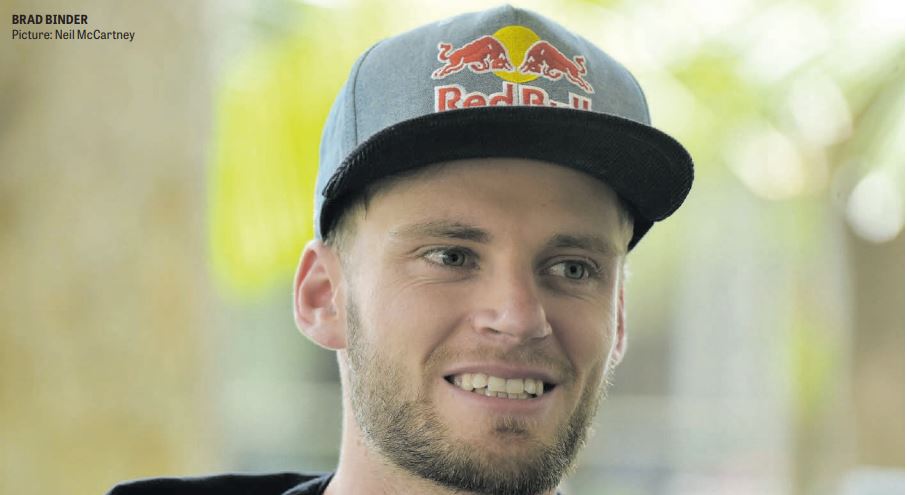 Brad Binder has a story plan.

It’s multifaceted, with its final chapters probably to be written in the annals of professional motorcycle circuit racing’s top MotoGP category.

Right now, Binder is smack bang in the middle of the book, after taking the Red Bull team’s KTM Ajo to third place in this year’s Moto2 world title chase.

Back in South Africa for the annual Christmas break, the 23-year-old granted us an interview, courtesy of long-time sponsor Red Bull.

Of course, Binder is no stranger to success in the ultra-competitive world of motorcycle Grand Prix racing.

A quick recap. After spending two years in the formative Asia Talent Cup Series, the South African started his Grand Prix career in 2011, riding a privateer Aprilia in the 125cc class.

That was possibly the most tightly contested two-wheeler racing category on the planet.

Binder failed to score any championship points, which is normal in a rider’s opening Grand Prix season, when his main task is to learn all the international circuits.

It’s one thing to know a circuit’s corner sequence via a computer simulator and another entirely to ride around it, finding out where the bumps, lines of slippery paint and high-speed slip-streaming spots are.

The 125cc Grand Prix class turned to Moto3 in 2012 and Binder, riding a 400cc Kalex KTM, finished the year in 21st place. Riding both a Honda and a Mahindra the next season, he finished 13th, followed by 11th place on the Mahindra in 2014.

Signed by the Red Bull KTM Ajo team the next year, he stood on the podium four times and finished sixth in the title chase.

Then, in 2016, he took seven victories, stood on the podium 14 times and took the Moto3 world title. He moved up to the Moto2 category last year, taking three podiums and eighth place in the championship.

This year, he took three Grand Prix victories, to finish third in the title chase.

Binder does not ascribe that to luck. He has, as previously noted, a definite plan in this tough, hugely dangerous profession, where a single mistake can literally bring everything crashing down.

“Next year, I must fight for the Moto2 world title. Should I clinch it, I must try to successfully defend it in 2020.

“I am not ready for MotoGP, but that will, all things working out as planned, come in 2021,” he said. His plan involves staying with the Red Bull KTM Ajo team and he recently signed a contract for the 2019 season with them. The team’s professionalism is its main attraction for Binder.

“Moto2 is changing from Honda to Triumph engines next year, and that will test all the teams’ ability to adapt.

“I think the KTM Ajo equipe is well-established and incredibly efficient. We are all used to working together, and I would rather tackle the new challenge with them than with anybody else,” he said.

He has recently tested the three-cylinder, 750cc Triump powerplant in a KTM Ajo chassis at the Spanish Jerez circuit. Rain interrupted testing and reduced the useful seat time, but Binder was optimistic.

“There are various aspects on the new machine that we have to improve, but we have now detected them, and have the entire holiday break to solve them,” he said.

He did not think the new Triumph engine posed many difficulties for him as a rider. “I would not be a professional if I could not adapt my riding style to a different powerplant.

“Besides which, the new machine felt pretty much the same in the wet and dry. That is always a good sign and I will love getting to grips with the bike again, going back to Europe.”

Meanwhile, he is enjoying his annual break, taking exactly one week off from his rigorous physical training programme and strict diet.

“Being ultra fit comes as part of a professional bike racer’s routine. I miss suffering in a gym when I stop doing it,” he said, grinning.

“So, after one week of slackness and eating what I like, I fall back into my real life. That is part of the long-term plan,” he added.